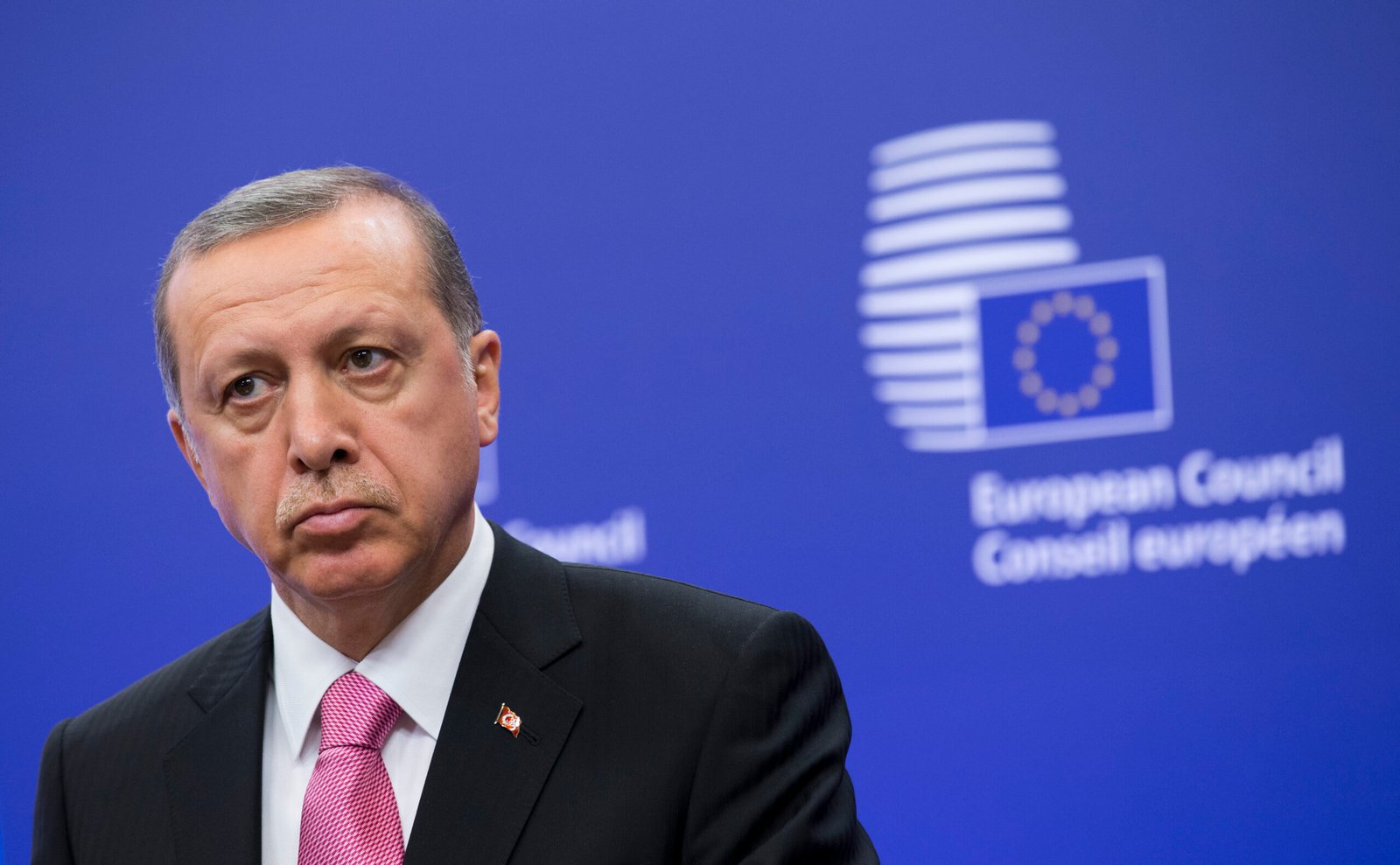 The European Union (E.U) is considering imposing possible sanctions against Turkey’s tourism sector ahead of a summit this week, the euobserver reported on Monday 22-March 2021. “Europe should be ready to kick Turkish president Recep Tayyip Erdoğan where it hurts (in his economy) if he goes back to gas piracy in the Mediterranean”, EU institutions have said.

According to an E.U foreign service strategy paper seen by the euobserver, the bloc is considering a wide-range of sanctions that would be targeted at important sectors of the Turkish economy.

Among those being proposed are “measures targeting…sectors important for the Turkish economy, such as a prohibition to supply of tourism services, negative travel advice by member states”. Tourism is an important source of income for many Turkish businesses, but it has been battered heavily by the COVID-19 pandemic which reduced the number of visitors to Turkey.

Other measures under consideration include limiting lending from the European Investment Authority and sanctions against individuals in the energy sector, particularly those involved in drilling in the disputed waters of the eastern Mediterranean Sea.

The strategy document however makes clear that Turkey will be rewarded if it continues its path of de-escalation with the E.U.

One measure that was not up for debate was continued financing provided to Turkey in order to maintain the 2016 migration deal that reduced the flow of Syrian refugees into Europe. The deal expired in December, but European leaders are keen to restore it with Ankara to prevent renewed outflows.

But no matter how Erdoğan behaved, the European Commission, which co-wrote the report, was to “rapidly prepare options for continued funding for refugees and host communities in Turkey”, on top of the €6 billion paid out in recent years.

“We have a genuine self-interest to build on the success stories of the last years,” the report said, noting that just 25 people a day on average crossed the Aegean to Greece last year, compared to thousands before an EU-Turkey migrant deal.

It should also help Turkey to meet conditions for visa-free travel and resume frequent “high-level talks”, which had dwindled to just a handful of meetings a year.

But Europe ought to give carrots only in return for “concrete steps”, the EU officials warned.

And one such step would be “that Turkey would without any further delay restart the process of returns from the Greek islands, starting with the 1,450 returnees whose legal appeals are exhausted”.

The EU report was the first of its kind and came in a moment of “calm” after a year of acute tension.

Turkey is normally discussed in the EU’s yearly ‘enlargement’ assessments, but these have lost relevance due to collapse in faith that Turkey might ever join the European Union.

They peaked again in August and October when the Turkish navy and a gas-drilling ship sailed to the Greek island of Kastellorizo “escalating tensions close to a possible clash between the two Nato allies”.

The “situation began to change towards year-end”, the EU report said, when Erdoğan stopped violating Greek and Cypriot waters and showed a “calmer, more constructive attitude on various issues”.

But the detente was “fragile” and the EU needed “more time to judge whether it is … credible”.

The E.U summit is slated to take place on Thursday and last through Friday.

Germany was angered when Turkey resumed exploration for gas off Cyprus in October 2020 after a pause.

“Putting the (Oruc Reis) exploration ship back to sea straight after the (October) summit was not taken kindly by member states that put a lot of effort in with Turkey and Greece. There are limits even to German patience,” said a EU diplomat familiar with the preparations for the summit.

France and the European Parliament say it is time to punish Turkey, a NATO ally and candidate to join the EU that is seen in Brussels as fuelling the gas dispute for domestic politics.

Turkey’s frozen conflict with Cyprus was the “core element of Turkey’s strong disagreements with the EU”, the report said.

But Erdoğan’s “growing centralisation of power” also meant Turkey was further than ever from “core EU principles and values”, it added.

“The further deteriorating domestic situation in Turkey, notably in the area of fundamental rights and economic governance, has had clear negative effects,” on EU relations, the report said.

And Erdoğan’s foreign policy was equally out of line with the EU, it warned.

His military intervention in Libya was “detrimental to the EU’s effective contribution to the UN arms embargo implementation” there, they noted.

And Turkish warfare against Kurds in northern Syria and northern Iraq had caused “large-scale displacements” amid “reports of human rights abuses against the civilian population”.

For his part, Erdoğan showed his friendly face in a video-conference with the EU Commission and Council presidents on Friday, when they discussed more EU money for Syrian refugees in Turkey.

But he showed an uglier face on Saturday, when Turkey pulled out of an international treaty to curb violence against women.

Related Article Turkey Does Not Care for Women Rights : Erdogan Signs a Decree annulling Turkey’s ratification of the Istanbul Convention

But Erdoğan, the same day, surprised the West again by sacking his central bank chief over an interest-rate hike, which was meant to stabilise inflation.

The EU report was less geopolitical than some diplomats might have expected.

It said nothing on Erdoğan’s arms and conflict deals with Russian president Vladimir Putin, his clashes with the US, or his strategic value for Nato in the Middle East, for instance.

It was “brave” of EU officials to threaten a strike on Turkey’s tourist sector, one EU source said.

European tourists, especially from Germany and Bulgaria, pay the bulk of the €29 billion in foreign currency that tourists bring to Turkey in a normal year.

And the EU report underlined the importance of foreign money amid Turkey’s huge debt pile.

“Some 41 percent of all Turkish export in goods go to the EU … [and] the EU is also by far the biggest source of foreign direct investment in Turkey, with a stock of €58.5 billion in 2018,” the report said.

But EU states would never trigger economic sanctions on Turkey, making the report a hollow threat, the EU source said.

And Borrell might have underestimated the sweetness of Putin’s counter-offer, the source added.

“Putin is giving Erdoğan regional deals in Syria, Libya, and Nagorno-Karabakh, and helping him keep the Kurds under his boot. He’s also giving him an energy hub, a nuclear power plant, S-400s, and international recognition,” the source said.

The “energy hub” referred to a Russia-Turkey gas pipeline to the EU, called TurkStream, which started up in January.

The ‘S-400s’ are a Russian air-defence system that can shoot down Nato planes.

“It’s adds up to quite a lot,” the EU source said.

Why did EU denounce Turkey for sending Terrorists in Artsakh during Armenia-Azerbaijan war? Why Turkey’s recruiting terrorists for different conflicts in Syria, Libya and other regions in middle east not appear in EU reports?

Will imposing sanctions on one hand and giving Billions of Dollars and Euros on the other hand to Turkey under threats of Turkey blackmailing EU to unleash waves of Islamist Radical refugees in EU, have any meaningful impact on Turkey?