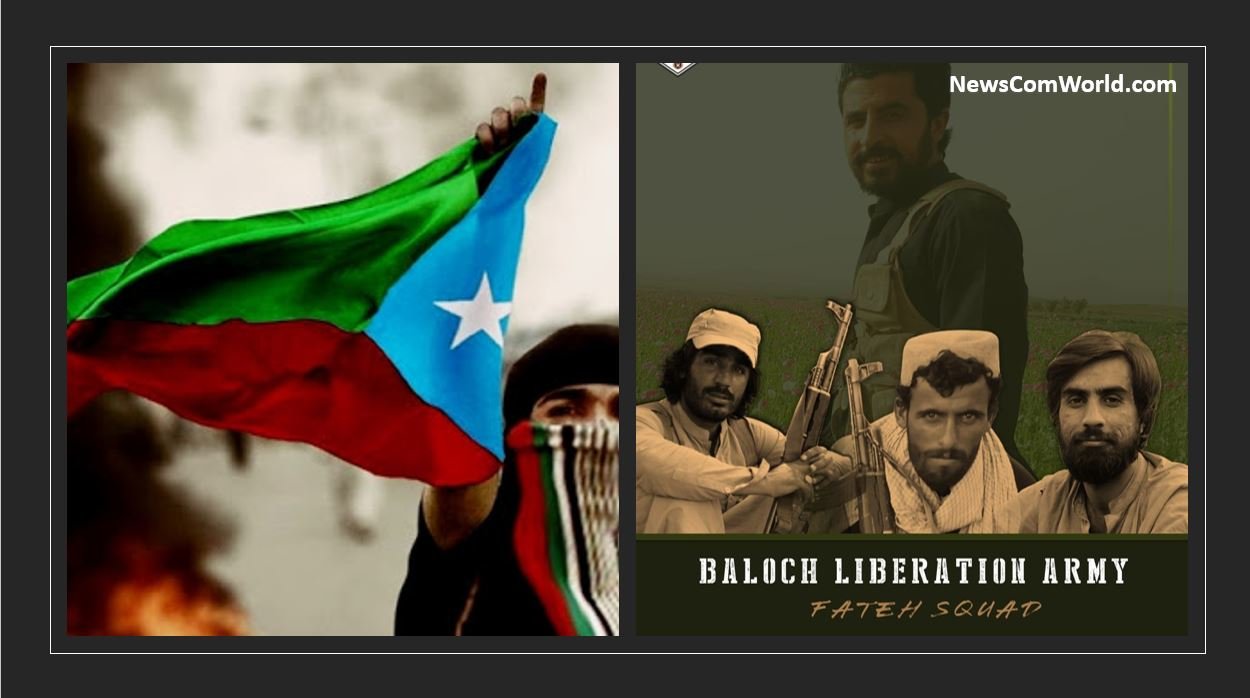 Baloch National Army Group BLA consisting of Freedom Fighters, Killed 25 enemy personnel of occupying Pakistan Army soldiers on Monday 31-May 2021. The defeated and demoralized enemy, the Pakistan Army is once again resorting to lies and deceit, is undermining its losses by publishing diminished figures.

Meanwhile None of the International MSM propaganda outlets has written on this because the human rights abuses are committed against Baloch Muslims and the abuser is the Islamic Republic of Pakistan that is illegally occupying Baloch lands in Occupied Balochistan.

Had these abuses been committed by Israel of other non-Muslim nation, the same International MSM propaganda outlets would have carried out breaking news stories day and night.

In a press release on Thursday 3-June 20201, spokesperson for BLA (Baloch Liberation Army) which is the Balochistan National Army Group of Freedom Fighters, spokesperson Jeeyand Baloch released a press statement about an attack on Pakistan Army by freedom fighters in Marwaar in Bolan District of Pakistan Occupied Balochistan.

Here is the press statement:-

On Monday 31st May 2021, freedom fighters of Baloch Liberation Army (BLA) attacked a camp of Pakistani military in Marwaar Bolan. In this attack, that lasted for more than three hours, the “Awais” camp belonging to Pakistani military’s Ghaza Band Scout’s 129 Wing was completely obliterated. The BLA fighters neutralised 24 enemy personnel at the spot, whereas, a Lance Naik, identified as Bilal resident of Dera Ismaeel Khan, was arrested. He was later awarded capital punishment by a Baloch national court.

Following an organised military plan, the Baloch freedom fighters besieged the camp from different directions. After cutting through the barbed wires, the BLA fighters charged into the camp and a battle ensued that lasted for more than three hours. The brave Baloch fighters fully captured the camp, neutralising 24 enemy personnel and confiscating a large cache of arms and ammunition. An enemy personnel was also arrested during the operation, who was later given capital punishment under charges of being accessory to attacking Baloch motherland. The defeated and demoralised enemy, once again resorting to lies and deceit, is undermining its losses by publishing diminished figures.

It must be noted that on 1st June 2021, BLA released a short statement regarding the incident confirming death of 12 enemy personnel. This statement was based on preliminary information and it has now been established that the total number of killed personnel is in fact 25.

In this operation, three courageous members of Baloch Liberation Army also embraced martyrdom after fighting against the enemy with zeal and enthusiasm. The martyred comrades include Hangal Marri alias Laila, Aftab Jattak alias Washain and Shahwez Zehri alias Saraang. The martyrs were buried in Bolan with full military honours.

The three fighters were members of BLA’s frontline squad. This squad was named after Martyr Fateh Qambrani in 2018 as Fateh Squad in recognition to his bravery and tremendous war skills. Fateh Qambrani alias Chairman had charged at an enemy camp in Meshdari, Shahrag in September 2018. His heroic act enabled full capture of the enemy camp. Fateh Qambrani also played a valiant role during various other operations. The members of Fateh Squad are selected on the basis of their bravery and war skills. Such members are trained to break the ranks of the enemy in face-to-face battles and lead Baloch fighters directly into the enemy territory.

In Marwaar attack three members of Fateh Squad, Hangal Marri, Aftab Jattak and Shahwez Zehri, charged straight into the enemy lines breaching the enemy periphery. They bravely fought and paved positions for the Baloch freedom fighters to enter into the enemy base. Due to the selfless acts of the three martyrs, the Baloch freedom fighters were able to completely capture the base and neutralise and arrest all enemy personnel present in the camp.

Hangal Marri alias Laila was affiliated with the organisation since 2006. In the last 15 years, he provided his national services with gallantry in Kahan and Bolan battlefronts. He fought bravely during varous battles and played an important role in defeating the enemy multiple times.

Martyr Aftab Yousuf Jattak alias Washen was a resident of Zehri, Balochistan and joined BLA in 2019. He was highly educated and a scholar of economics but realising his national duties he joined the Baloch resistance movement. Due to his tremendous war skills and intelligence, he was selected as a member of Fateh Squad. He played an important role during various battles.

Martyr Shawez Zehri alias Saraang joined BLA in 2017 and provided his services to various urban units. He was a very sincere, honest and brave comrade. He was deployed at Bolan front by the organisation, where he volunteered to join the Fateh Squad. He fought bravely during various battles.

The Martyrs disproved the slavery and opted to live the life of a free person. They lived courageously as free persons and fought till their last as free persons. In doing so they have become the pride of not BLA, but the movement and the nation as a whole. BLA salutes the fallen heroes Hangal Marri, Aftab Jattak and Shahwez Zehri, and vows that it will never forget its martyrs and their revenge lies in attaining national freedom.

BLA makes it clear to the occupying Pakistan and its partners in crime that they will not be able to continue occupying Baloch motherland and plunder its resources. The successful attacks by BLA have made it clear that we are capable of executing any successful attack at any place of our choice and defeating the enemy force.

In the meanwhile, the official media cell of BLA released another statement from Bashir Zeb Baloch, “Badly defeated by brave Baloch freedom fighters on the battlefield in Bolan, the cowardly enemy forces are now targeting innocent civilians in the area. All such brutalities shall be avenged.”

Shouldn’t all the countries that want Pakistan to stop spreading terrorism world wide should support the freedom fighters of Balochistan?

Did the International Think Tanks weigh in what happens if Balochistan becomes a free and independent country, free from Pakistani illegal occupation? Just think that the passage to China via CPEC will be no longer available. Non-radical Balochistan will act like an International base to control Islamist radical jihad spread by Pakistan. Middle East and the West will have a better ally that can check Pakistan’s terror factories and Pakistan’s alliance with China. Imagine that via the Gwadar Port, International community can directly get access to Afghanistan and then to Central Asia.

All that is needed by International Think Tanks to acknowledge Pakistan’s illegal occupation on Balochistan and help Baloch freedom fighters with whatever help they can provide to take back their country from occupying Pakistan Army.