As Judiciary Chief Ebrahim Raisi run his campaign for the June 18 Presidential election, he still oversees the implementation of death sentences against prisoners. Under him, authorities hanged at least eleven prisoners, including two women, in the prisons of Qazvin, Birjand, Isfahan, and Yazd within one week alone, (Forty-Two Executions in 70 Days) based on reports provided by the human rights association “No to Prison – No to Execution”.

Dominated by hardliners, the Guardian Council is an unelected body responsible for overseeing the ballot and validating candidacies during elections in the Islamic republic. When Iran’s Guardian Council announced on 25 May the final list of candidates vetted to run in presidential elections scheduled for 18 June, the selection came as a shock for a number of Iranians, given its disqualification of prominent reformists and moderates. Out of 600 would-be candidates, the council narrowed down the list to seven – a rejection rate of almost 99 percent.

Supreme Leader Khamenei is using the self appointed Guardian Council to clear the way, even eliminate his close allies in favor of Judiciary Chief Ebrahim Raisi whom Iranians on Social media are alleging a mass murderer.

As per some, Judiciary Chief Ebrahim Raisi, was involved in the 1988 massacre of 30,000 political prisoners. Following posters can be seen all over the social media alleging Raisi’s role with 1988 Massacre in Iran.

Under Ebrahim Raisi’s present role as Judiciary Chief, at least 267 people were executed in 2020. While Human rights activists reported the Iranian government had hanged at least 42 inmates since the beginning of the new Persian year on 21-March, 2021 in 70 days already.

Execution of a Young Couple

At dawn on May 30, authorities in Iran hanged a young couple in Qazvin Prison, west of Tehran. The man was identified as Yousef Pir-Ostovan. However, the female victim’s identification is unclear. It is said that they had a cousinhood relationship. They had been kept in prison for around eight years.

According to human rights defenders, the State Security Forces detained them on drug-related charges on the Qazvin-Karaj highway eight years ago. As of this report, authorities have avoided announcing this news.

In 2015, judicial officials allegedly reformed and revised the Penal Code. Since then, Mrs. Pir-Ostoven is the first female prisoner who has been executed on drug-related charges. As of this report, authorities have refused to announce the death penalty. Notably, Mrs. Pir-Ostovan was the 118th woman who was hanged during the ‘moderate’ Hassan Rouhani’s presidency.

Furthermore, at dawn on May 25, Iranian authorities executed six Iranian Baluch inmates at Birjand Prison in the northeastern province of South Khorasan. According to human rights defenders, the prison guards deprived the death-row prisoners of a last visit with their families.

“Thirty-three-year-old Javad Nakhaei, Mohammadreza Harati, Reza Azarian, Ruhollah Riggi, Alireza Farsi, and Reza As’adi were identified,” reported the Campaign of Baluchi Human Rights Defenders. The government had already convicted these inmates on drug-related charges. As of this report, the state-run media has yet to announce the executions.

Also, authorities secretly hanged two inmates at Isfahan Central Prison on May 24. According to human rights activists, the executed inmates were Kianoush Ali-Moradi, 50, and Ahmad-Ali Ghodrati. The government had accused them of drug-related charges.

Mr. Ali-Moradi was married and had several children. However, the Judiciary mercilessly executed him pushing his impoverished widow and orphans to enormous dilemmas in various aspects.

Execution of a Woman for IRGC Member’s Sake

On May 23, authorities hanged 41-year-old female prisoner Kobra Fatemi for murdering her husband. She was considered as the 117th woman who was executed during Rouhani’s eight-year tenure in office.

According to the Islamic Republic’s Penal Code, the Fatemis would pay ‘Diya’ [blood money] to the grieving family, sparing their lived one’s life. The victim’s family had initially agreed to accept blood money. However, the victim’s uncle, who was a member of the Islamic Revolutionary Guard Corps (IRGC), rejected the money, insisting the death penalty be carried out.

Human rights activists reported the Iranian government had hanged at least 42 inmates since the beginning of the new Persian year on March 21. “Most executions, around 71 percent, are secretly carrying out,” they added.

Meanwhile, authorities still hang inmates on drug-related charges, while according to a new directive issued in 2017, it was supposed that the death penalty is dramatically limited. However, the Judiciary, led by Judiciary Chief Ebrahim Raisi yet emphasizes issuing and implementing death sentences.

In such circumstances, Judiciary Chief Raisi, who has yet to resign, runs for the June 18 Presidential election. All indicators show that he is the favorite candidate of the Supreme Leader Ali Khamenei, which puts a darker situation of human rights in Iran on the horizon.

Moreover, the government has established an international arms smuggling and drug trafficking system, using national resources to carry out such operations. “These groups operating under the influence of Khamenei and managed by the IRGC. Furthermore, the IRGC’s extraterritorial arm Quds Force funds terrorism and regional interventions through sending drugs to the West,” said Iranian dissident Mojahedin-e Khalq (MEK).

In 2007, WikiLeaks revealed a U.S. Embassy report that stated that over 80 percent of global opium and over 28 percent of global heroin were being transported through Iran. In 2011 the Times reported that the IRGC has a huge role in Iran’s “multibillion-pound” drug trafficking and that they’re using this to create a relationship with the “global crime network” to undermine the West.

Aside from China, at least 283 people were executed across the globe in 2020. At least 246 of whom were hanged in Iran, reported Amnesty International.

2020 Annual Report at a glance


According to the 2020 report, there was a significant increase in the number of executions in the ethnic regions of Baluchistan and Kurdistan compared to the previous two years. This has continued into 2021, with Baluchi prisoners accounting for one third of all executions as of mid-February.

The diagram below shows the geographical distribution of the official (green) and unofficial/unannounced (yellow) executions in other parts of Iran, excluding the Tehran/Karaj area. The prisons in the provinces of Khorasan Razavi (northeast), West Azerbaijan (northwest) and Kurdistan had the highest number of executions. This followed by Isfahan, Lorestan, Fars and Sistan and Baluchistan.

In 2020, more than 79% of the executions reported by IHR in East and West Azerbaijan, Kurdistan and Baluchistan were not announced by the authorities. The portion of unannounced executions in the ethnic regions for 2018 and 2019 amount to about 95%.It is thus safe to say that an unprecedented level of secrecy in executions is taking place in the Iranian ethnic regions. On the other hand, the absolute majority of those executed for their political affiliation belong to ethnic groups, especially Kurds. An overview of the IHR reports between 2010 and 2020 shows that among the 129 people who were executed for their affiliation to banned political and militant groups, there were 69 Kurds (53%), 34 Baluchis (26%) and 17 Arabs (13%). It is important to note that most of those executed from these ethnic groups were Sunni Muslims.

Here are the number of Executions per million population in each Province in 2020. You can see that the Kurdistan saw the highest executions followed by W. Azerbaijan.

Below Diagram shows the number of Forgiveness versus the Qisas (Retribution)

The media and rights groups also have less visibility on the situation in some ethnic areas.

The executions of people like Navid Afkari and Ruhollah Zam in the past year have been the most ambiguous executions in Iran. The death sentence of Ahmadreza Djalali is one of the most erroneous sentences. Readers are advised to read the above PDF for complete information.

Navid Afkari was a 27 year-old plasterer and wrestler who had won medals in national competitions. He was arrested along with his two brothers, Vahid and Habib, a month and a half after taking part in the August 2018 protests in Shiraz and charged for the murder of a security guard at a government building who, according to case documents, was tasked with identifying protesters. He was sentenced to death for the same case by Branch One of the Revolutionary Court on charges of moharebeh and sentenced to qisas by Branch One of the Criminal Court of Fars Province, amongst other charges.

In recordings of his trial published by IHR, Navid can be heard defending himself and demanding to see the CCTV footage used as evidence against him. The brothers said they had been tortured and coerced through threats against their family to force them into confessing to what they called lies. IHR refuted the judiciary’s claims after the court documents and evidence were released again on 1 September.

One of the Baloch victims who was executed by the Iranian Courts ABDOLBASET DAHANI:-

“I’ve been subjected to the worse kinds of torture, they tied my hands and hung me like a chicken and would whip my feet with a cable with full force and heat my feet with a turboflame lighter, they arrested my family and threatened that I should confess and accept everything they say, I couldn’t take the torture anymore, so I was forced to make their false confessions and sentenced to death for made up charges.”

ABDOLBASET DAHANI: “I COULDN’T TAKE THE TORTURE ANYMORE” (MOHAREBEH)Baluch political prisoner Abdolbaset Dahani was arrested in Saravan city, Sistan and Baluchistan, in 2016 and sentenced to death on charges of “Acting against national security by moharebeh” by Branch One of the Zahedan Revolutionary Court. In a letter from prison, he wrote: “I’ve been subjected to the worse kinds of torture, they tied my hands and hung me like a chicken and would whip my feet with a cable with full force and heat my feet with a turboflame lighter, they arrested my family and threatened that I should confess and accept everything they say, I couldn’t take the torture anymore, so I was forced to make their false confessions and sentenced to death for made up charges.” He was executed on 23April in Zahedan Central Prison.

Similar stories of other victims executed by Iranian authorities during 2021 can be read in the above PDF.

Shouldn’t International Community raise the voice against high executions of Kurds, Baluch (Baloch) and other ethnic minorities in Iran?

If the number of executions of Kurds, Baluch (Baloch) are so high, imagine the number of ethnic minorities held has prisoners for other crimes in different Iranian prisons and the torture they have to endure. 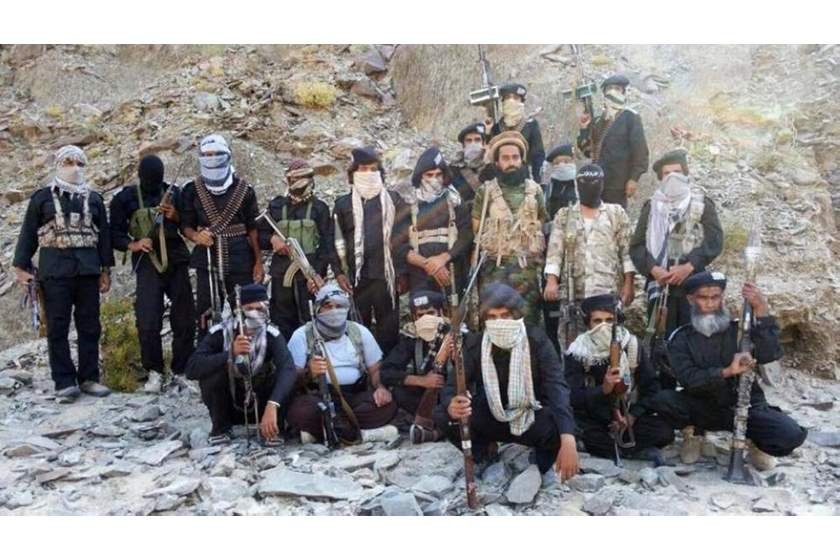 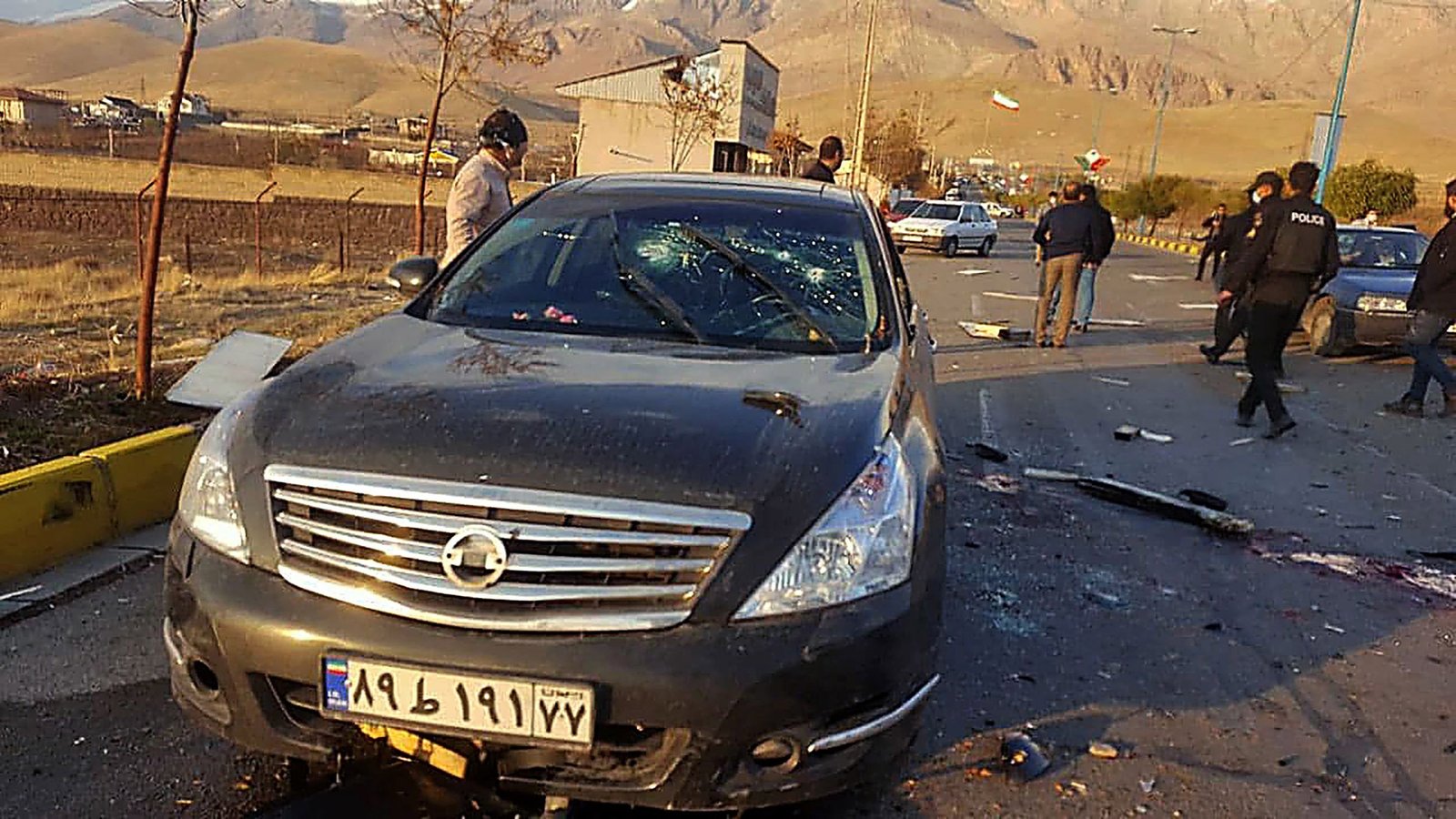 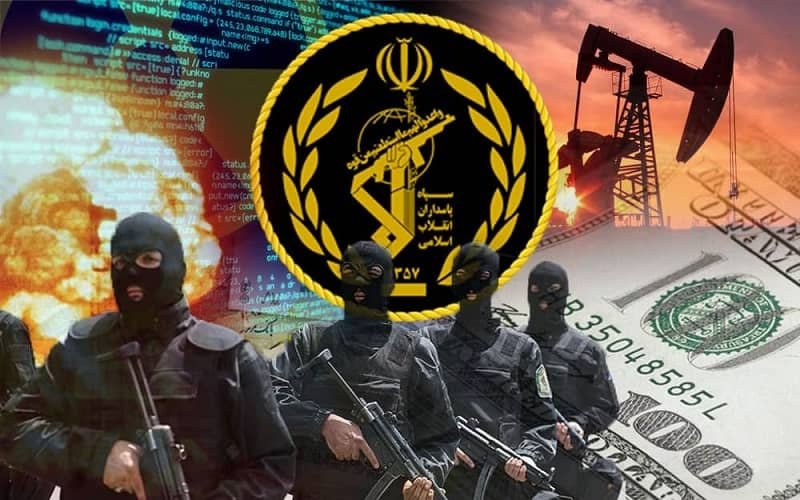 Inside Iran’s Army of Terror And Oppression: Revolutionary Guard (IRGC)