Jammu and Kashmir Includes Chitral and Parts of Kohistan 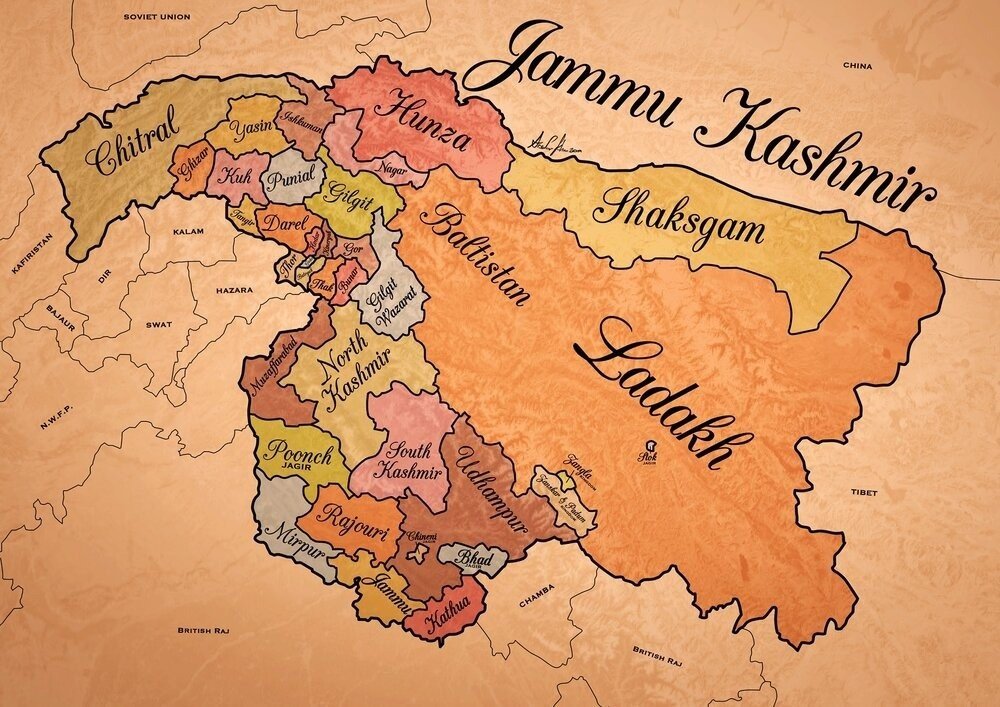 Erstwhile state of Jammu and Kashmir Includes Chitral and Parts of Kohistan that are illegally occupied by Pakistan. New research by historians, who checked the historical records have found this information. As per a historian we spoke with, soon Indian Government will look into the claims made by Historians and will take appropriate actions including amendment in the Map of Union Territory of Ladakh, if needed, to extend to Chitral and Parts of Kohistan.

In the fog of war of 1947-48 and with the actual British control of Gilgit Agency from 1935, and due to the de facto control of parts of Jammu and Kashmir province of India, India didn’t focus much on the actual borders of the state, especially those under Pakistani territorial control. There are at least two areas where the actual position needs to be looked into – Chitral and the Southern Borders of Gilgit Agency.

The Case of Chitral

Though Chitral is considered to be an inalienable part of Pakistan and played a major role in the conquest of Gilgit Baltistan(it was the Army of Chitral, closely followed by the Pakistani Army, which spearheaded the charge against the forces of Jammu and Kashmir), the legal position of Chitral’s accession into Pakistan is not clear enough. Though Las Bela rebelled against it’s suzerain Kalat and joined Pakistan, Pakistani invasion of Kalat and it’s forced accession into Pakistan cleared the air. In fact, Chitral’s position is nothing much different from Hunza or Nagar and accepted the suzerainty of Jammu and Kashmir about ten years after Gilgit was firmly under the control of the Dogras of Jammu.

Chitral, located at at the border of Indian, Turkic and Afghan political systems was an unapproachable landmass, but coveted by all. It is understood that traditionally, Chitral was a vassal of Kashgar at least till 1871 when Afghanistan started making moves to assert it’s influence over Chitral. In 1878, the Mehtar of Chitral, Amin-ul-Mulk negotiated with the British for protection and subsequently made a vassal of Jammu and Kashmir.

The understanding is that Jammu and Kashmir as well as the British will be responsible for Chitral’s security. Why Jammu and Kashmir and not British India? Because Chitral was more accessible and controlled from Gilgit. The set up continued till 1947, though some queries were raised by the Political Department in 1938 over the status of Chitral.

4.    At any rate I do not think that we can dismiss as fanciful the possibility  of a very awkward situation arising if we take no action in the hope that  no one will notice that Kashmir’s accession has in Law included  that of Chitral with it.  We can, however, hardly hope that  Kashmir  will  at  our  request  waive  its suzerainty over Chitral. We  are  left  therefore with the alternative  of  amending the Act.

5.  The  draft  amendment  which  we  recently withdrew  is  contained  in  our  letter  No.  F. 230- Fed./36,  dated  the  2nd  September  1937.  While it  would  be  open  to  His  Majesty   under   the earlier  part  to  “ determine”  that  Chitral  was a  separate  State,  it  would  apparently  be  necessary  for  him,  in  order  that  his  determination should  take  effect,  to  ensure  that  Kashmir  in its  Instrument  of  Accession   enumerated all its  Jagirs,  Feudatory  territories,  etc.,  with  the exception  of  Chitral.   This  would  be  a  roundabout  method  of  excluding  Chitral  and  might lead to difficulties  due  to faulty  enumeration  not unlike those  in the  converse  case  of  a Feudatory whose inclusion was  desired which we mentioned to  the  India  Office  in  our letter  withdrawing  the proposed  amendment.

Clearly, the British tried to amend to the Government of India Act to remove Chitral from the control of Jammu and Kashmir. With no Princely State in a mood to sign the accession document coupled with a fast approaching war means that the proposal never saw the light of day leaving the 1878 agreement as valid as of 15 Aug 1947.

In effect, this makes the below reconstruction the erstwhile province of Jammu and Kashmir and that Chitral is legally Indian territory but under Pakistani control.

As events proved, Pakistan, a country only for Sunni Muslims, perpetrated untold brutalities over the people of Chitral, especially over the Ismailis and the Kalash.

The Southern Borders of Gilgit Agency

However, even this is not complete as the southern borders of Gilgit Agency extended not till Harban but till Jalkot.

AH Dani deals extensively over the borders of Gilgit Agency in his History of Northern Areas of Pakistan.

“Gilgit agency included the autonomous states of Hunza and Nagir, political districts of Ishkoman, Yasin, Punial and Koh-i-Ghizar, and also the subdivision of Chilas and tribal areas of barel and Tangir. Chilas subdivision extended from the confluence of the Astor river with the Indus to Seo on the right bank and Jalkot on the left bank of the Indus river. Today the western boundary of Chilas district is limited to Shatial bridge on the Indus. Territory beyond is incorporated in the Kohistan district of N.W. Frontier Province. This Kohistan is really the Yaghistan of the British time, where British authority was hardly felt.”

This is confirmed by the following letter No. 381 of 1913 from S.M. Fraser, Resident in Kashmir to Lt. Col. Sir George Roose-Keppel, Chief Commissioner of Peshawar, dated 24th February, 1913…

The Jalkotis, as you are aware, are a Kohistan tribe occupying a valley on the Indus of the south-west of Chilas and west of Kaghan in the Hazara district. Their country is independent territory but their political relations, so far as such relations exist, have been mainly with Gilgit Agency… Further I think it will be agreed that since Jalkot falls naturally within the sphere of the Gilgit Agency, by reasons of geographical position, race, language and intercommunication, it is politically expedient for the initiative to lie with Chilas authorities.

This position is further confirmed in a letter no. Y 103127, dated 12th January, 1928 from the Resident in Kashmir to Col. C.P. Gunter, Director of Frontier Circle, Survey of India, wherein he writes

The territory comprised within the Gilgit Agency falls into three categories – viz.

This position remained until 1947 and even later in 1950, when with the constitution of Kohistan district the area was separated from Gilgit Agency.

The territory of the Shinaki Republics of the Indus valley extends from Ramghat, where the Astor river joins the Indus to Seo on the right batik and to Jalkot on the left bank of the Indus. Within this area, the people are grouped into communities, inhabiting one or more ravines and each community comprises a republic itself. Starting from Rumghat down the Indus, these republics are :

These republics comprised the area, which was known is the Chilas sub-division of the Gilgit Agency. Besides the above, the areas below this region are detailed as under :

Clearly, this means that the territory of the erstwhile Indian Province of Jammu and Kashmir extends both West and South of Gilgit Agency – South towards Kohistan and West into Chitral. Though the fear of the Raja of Kohistan to be made a part of Jammu and Kashmir unfounded, it looks like Indian claims of territory held by Pakistan should be looked into, more closely.

These new findings by Historians and if accepted by the Indian Government that the erstwhile state of Jammu and Kashmir includes Chitral and parts of Kohistan, it will raise new hopes in the people of these territories as Pakistan is continuously engaged in exterminating the native ethnic groups and involved in bringing major demographic changes by settling Radical Islamist Sunni Punjabi Muslim groups in these territories that belongs to India.