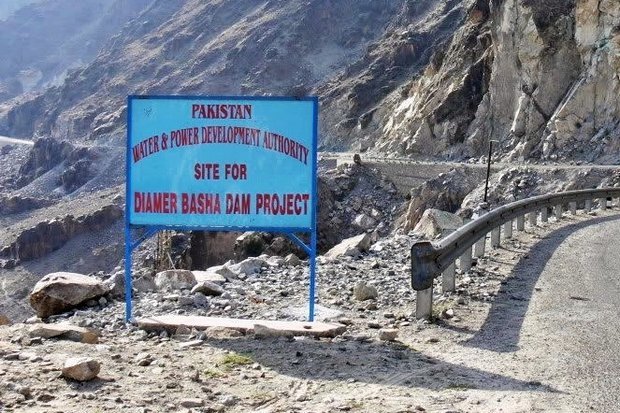 Punjab Blocks Sindh’s Water by construction of Dams in Gilgit-Baltistan and using all the water and electricity produced for Punjab. As per reports Sindh will transform into a desert by 2035 if this pace of drawing of water from Indus river by Punjab province continues unabated. There is a growing anger in all the residents of Sindh including all Sindhis and Mohajirs.

We covered about how bankrupt Pakistan is taking another loan of $15 Billion from China to build a dam on Indus river that does not originate from Pakistan. As we all know China is known for its predatory loans and we also know that Pakistan cannot pay back this loan. We covered it in details in our previous article Bhasha Dam in Occupied Gilgit-Baltistan: How will Bankrupt Pakistan Payback China?

The basic source of irrigation for Pakistan agriculture is the Indus River. Water resources are becoming shorter due to the irregular flow of water in the Indus River. The greedy and dominant Punjab and the federal governments are in favor of constructing more dams in order to store the water for Punjabis. On the contrary, the Sindh holds the point that the construction of dams such as KBD and Bhasha dam would deprived them of their due shares from IBIS. There has been a distrust regarding water sharing between the two provinces.

Due to irregularities in river flows & politics involved in water sharing between the two provinces, and scarcity of water, the agriculture in Pakistan has been worse affected. Because the country is falling short of water resources, Punjab and Sindh in contemporary are confronting with the problems of low productivity of certain crops, resultantly there are serious problems of food shortage, availability of drinking water in Sindh and certain areas of Punjab. The construction of KBD also involves some sort of politics; while on the other hand Sindh also has resentments regarding damming of Indus River as they consider the construction of dams an offensive and illegitimate action by Punjab.

Another important political impact of water scarcity is that the lower riparian Sindh would be caught in drought and environmental losses such as desertification, soil erosion etc. If such patterns continue, then it would pose a serious challenge on the part of federal government to control the situation as Sindhis grievances and vulnerabilities are increasing.

The conflict between the two provinces exists since pre-partition and the issue is still a bone of contention between the two provinces as Sindh have reservations regarding the construction of KBD and other dams i.e. they see the building of KBD as a cause of desertification and water scarcity, however Punjab feels it a birth right of Punjabis to own all resources in Pakistan.

The data in 2008 from FAO revealed that the country will be going to become water-scarce by 2035. Moreover, the non existence of river in most parts of Sindh has disturbed the livelihood across the river delta.

Sindh also blames Punjab as a cause of desertification, water logging, salinity, famine, certain kind of diseases, and moreover electricity load shedding in Sindh is also because the Punjab bodies being an upper riparian controls the water of Sindh and therefore less crops are grown in Sindh due to diversion of Indus river. Another charge by Sindh is that Punjab is wasting water by generating electricity from Mangla and Tarbela dams and consequently depriving Sindh of water. The certain moves and initiative taken for several times by Punjab for building an irrigation infrastructure on Indus River was challenged and simply opposed every time by Sindhis.

The 1935 Act provides that none of the provinces in Pakistan were given the authority to use the water illegally from Indus River.

Opposing the orders of 1935 Act, Punjab government claimed that being an upper riparian, it has legal right and authority to divert desired amount of water from Indus River, however this claim of the Punjab was criticized by B.W.Rao who was supervising and chairing the Rao Commission in 1939, and it was decided by the commission that this claim violates the international law and if this claim of Punjab has been considered, then it would be unjust and unfair as this claim of Punjab would make Sindh vulnerable regarding the accessibility of water. The commission put forward its decision that upper riparian has not given any leverage to divert water from lower riparian and make it hard for lower riparian to use water for agriculture

The tensions between Sindh and Punjab once again been heightened when on November 29, 2012 the Lahore High Court, owing to worst electricity load shedding for the past years, scarce water resources, water wastage, low quality food and likewise, gave a bold decision of constructing KBD in the district of Mianwali.

The Sindh authorities rejected the decision of LHC on KBD and bring condemnation of this decision on greater forum & termed the decision against the sovereignty of the country therefore appealed the federal government not to implement the LHC decision in practice in order to maintain stability in the Sindh as well as on national level. Consequently, on Friday 7th December 2012, Sindh assembly unanimously passed four resolutions by MQM, PPP, Imran Laghari and PML-Functional against the construction of KBD.

The recent decision by Lahore High Court is again opposed by Sindh assembly in which they have raised the issue of survivability of province of Sindh.

Taking a cue from the earlier Tarbela dam which had the largest earth fill, was made operational in 1977 with the storage capacity of 11.62 MAF and is the major source of electricity generation of which the estimated potential was 3487 MW. Sindh made a point that Punjab by generating electricity engulfs the share of Sindhis and hence a lot of water gone in waste due to electricity generation. And furthermore Sindh has been bearing 20 hours load shedding because the Punjab is given with electricity at the expense of Sindh.

What would be the worst case for Sindh that is contributing the highest share of Pakistan GDP, virtually feeding the Pakistan Army does not have a single electricity generation company in 72 years. We covered this in details in our previous article Corrupt Imran Khan Arrogant K-Electric Electrocuted 37 People in Karachi, Sindh

The United Nations General Assembly recently codified the rule of equitable utilization in Article 5 of its United Nations Convention on the Non-Navigational Uses of International Watercourses (UN Convention). The Assembly approved the UN Convention on May 21, 1997, by a vote of 104–3. Article 5 requires watercourse nations to utilize an international watercourse in an equitable and reasonable manner with a view to attaining optimal and sustainable utilization and benefits consistent with adequate protection in the watercourse.

Article 7 makes clear that the “no-harm rule” is subordinate to the rule of equitable utilization. Article 7 requires watercourse nations, in utilizing an international watercourse, to take all “appropriate measures” to prevent the causing of significant harm to other watercourse nations. If significant harm nevertheless is caused to another watercourse nation, the nation whose use causes such harm must, in the absence of agreement for the use, take all appropriate measures, having due regard for the provisions of Articles 5 and 6 (equitable utilization) in consultation with the affected nation, to eliminate or mitigate the harm and, where appropriate, to discuss the question of compensation.

Anger among the Sindhis and Mohajirs in Sindhudesh

One Sindhi resident of Karachi we spoke with said, “Building of dams will develop artificial shortage of even drinking water for Sindhi people. We have thousands of concerns over dams built on Indus. We reject every dam because actual right on water of any River is of those people who live in last. And historically Indus river is ours. It is property of Sindhi nation and we will not tolerate this conspiracy of Punjabi state of Pakistan.”

One resident of Sindh told us that the freedom of Sindhudesh from the tyrannical rule of Pakistan is gaining momentum. Sindhudesh Freedom Fighters are active now all over Sindh. Sindhudesh Freedom Fighters are using the slogan “Punjab Blocks Sindh’s water, Sindh Blocks Ports for Punjab”. He told us that it is a warning for Punjabi Pakistan to desist from making any further Dams on Indus river. If we can earn for Pakistan, we can also do such things that Pakistan would have never thought of. He told that whole of Sindh including all Sindhis and Mohajirs are unanimously supporting Sindhudesh Freedom Fighters. He said if Punjab blocks Sindh’s water, it will be a war over water, that is the right of Sindh and is denied by Punjabi state of Pakistan.

Question arises, will Punjabi Dominated Pakistan suitably compensate Sindh for the desertification it has caused in Sindh due to over drawing of water from the river Indus?

Will Sindhudesh Freedom Fighters walk the talk and stop access to ports in Sindh for the Punjabi Pakistan? Given the hold of Fauji Foundation on all businesses in Paksitan, are Sindhudesh Freedom Fighters and people of Sindh capable of doing blocking access to Ports in Sindh for Punjabi Pakistan and its Fauji Foundation owned Businesses?