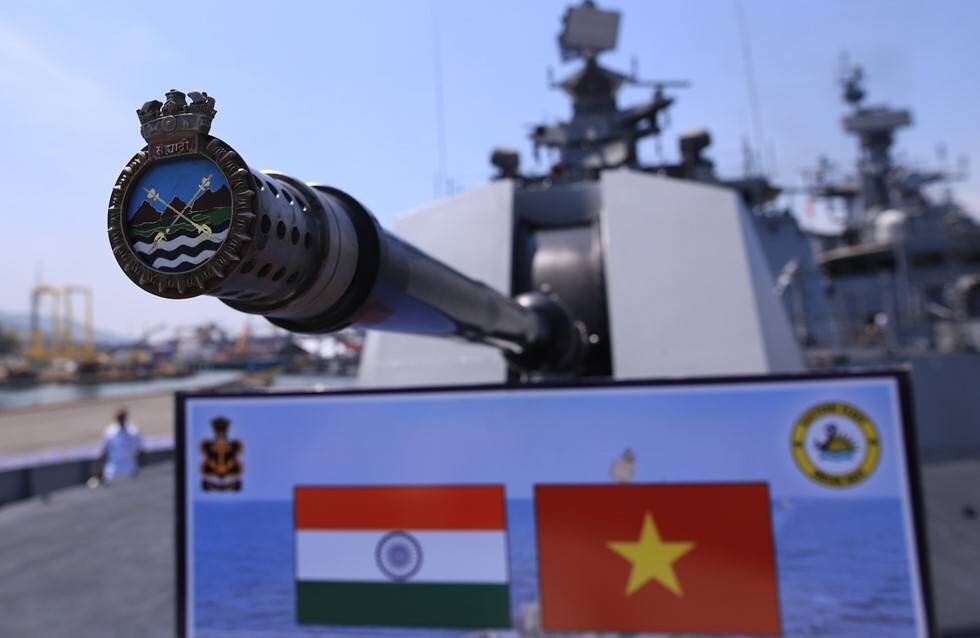 India enters into strategic partnership with Vietnam in order to extend India’s outreach in South China Sea. With rising tensions with China everywhere, new alliances are being stitched and existing alliances are being strengthened. India-Vietnam equation is no different than any. In fact, the rapid pace with which both the countries are trying to present a common front for both defence as well as trade relations hints at even closer ties in the future.

Security and Growth in the Indo-Pacific region

Beyond this, India has been training the Vietnamese military in operating its Russian-built Kilo-class submarines and SU-30 fighter jets. Supply of military spares, maintenance of hardware, and ship visits are also other important facets of the defense cooperation. The two sides have also signed an MoU for Coast Guard-to-Coast Guard collaboration.

Vietnam moving into Alliance with India as well as US

Responding to China’s aggressive posturing in the South China Sea, Vietnam has called on India to play a more proactive role in Southeast Asia.

Geostrategically India and Vietnam shared apprehension of an aggressive China claiming South China Sea as its territory. Vietnam has begun signalling that it would move definitely into Washington’s orbit. The US and Vietnam have already built close strategic ties. The defence white paper make frank and accurate assessments about China’s aggressive behavior toward Vietnam in south China sea for maritime sovereignty.  The popular consensus in Vietnam considers china as geopolitical rival since millennia. China and Vietnam fought a prolonged border war from 1979 to 1990.

Covid-19 has left bitter memories in Vietnam and Chinese  relationship. Deep distrust is escalating against china in public health officials. Vietnam was the first country to halt flights from China and Macau. Imports from Vietnam in China decreased to 5499900 USD THO in April from 6443500 USD THO in March of 2020 (Source: tradingeconomics.com).

According to statistics from the General Department of Vietnam Customs, the two-way trade between Vietnam and India exceeded US$2.34 billion in the first three months of 2020. Of these, the export turnover of Vietnam hit more than $1.39 billion and imports from India touched $1.05 billion. Trade war between two economic giants make India and Vietnam hot topic for manufacturers.

India Vietnam relations are deep rooted in history. We can mutually grow and contribute to new direction, momentum for regional peace and prosperity. Exchange of information in maritime domain and hydrographic co-operation can play an assertive role in Indo-pacific region. Both can use atomic energy for peaceful purposes on the basis of respect for national sovereignty and international law. Centre for Satellite Tracking and Data Reception plays a vital role in 2020. India will rise up as another giant with strategic partner Vietnam.

It is the right time that a Grand Alliance between all the nations in South Asia takes place to jointly fight the Chinese hegemony and Aggression. India being the nearest country for South China Sea countries, can export its Defense hardware to South China Sea countries to prepare them jointly fight the Imperialist Fascist Communist China’s aggression. India can strengthen the Naval as well as Air defence capabilities of Vietnam, supply them missiles.

A pledge must be made to boycott Chinese Imports and each country in the alliance help each other in setting up manufacturing units and transfer of technology that the other countries lack. Focus should be on Mobile Phone and Laptops and computer chip manufacturing to end dependence on China for ever.