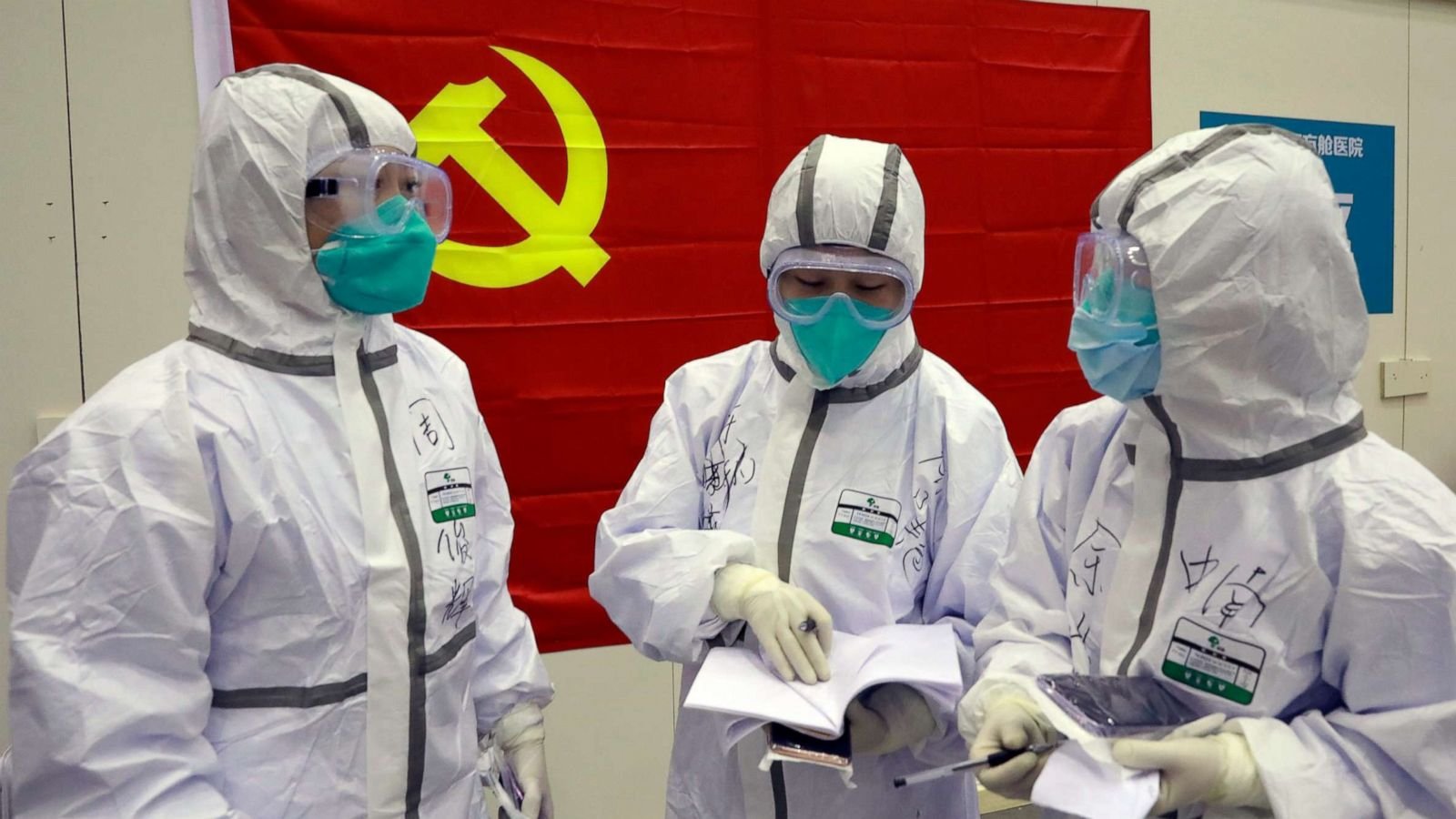 Wuhan Scientists defect to west and have revealed a lot of information to the Intelligence Agencies. As per the reports, Scientists from the Wuhan virus lab have ‘defected’ to the West, reveals senior Trump ally Steve Bannon – as FBI gathers evidence that Chinese Wuhan Coronavirus pandemic was caused by the Chinese.

Experts from the Chinese laboratory at the centre of global suspicion over the coronavirus pandemic have ‘defected’ and are in the hands of Western intelligence, the architect of Donald Trump’s presidential victory claimed last night.

Steve Bannon, who was Trump’s White House chief strategist and retains close links to the administration, told that spies were building a case against Beijing on the basis that the global pandemic had been caused by a leak from the Institute of Virology in Wuhan and that the subsequent cover-up had amounted to ‘pre-meditated murder’.

The Prime Minister is due to make an announcement within days over Huawei’s future, which is expected to lead to the company’s equipment being stripped from the 5G programme within the next decade.

Mr Bannon, 66, who worked as a naval officer, investment banker and film producer before becoming chief executive officer of Trump’s presidential campaign, describes himself as an ‘ultra-hawk’ on China, arguing that Western countries should work together to bring down the ‘brutal, authoritarian’ regime.

His claims about the source of the virus, which has so far claimed more than 560,000 lives worldwide, came as Western governments gather growing evidence to challenge Beijing’s original claim that the infection first spread from a market.

Even the Chinese government’s own Centre for Disease Control and Prevention recently admitted that the virus had been brought in to the market, rather than originating there.

Mr Bannon said: ‘I know that certain defectors are working with the FBI here to try to knit together what happened’ in the Wuhan institute, which he said was ‘horribly run and terribly mismanaged’.

He claimed: ‘They are not talking to the media yet, but there are people out of the Wuhan lab and other labs that have come to the West and are turning over evidence of the culpability of the Chinese Communist Party. I think people are going to be shocked’.

Mr Bannon, who sat on the US National Security Council during his time in the White House, says spies are trying to assemble a case that the virus spread as the result of an accident involving experiments to develop vaccines and therapeutic drugs to deal with SARS-style viruses.

Mr Bannon further said that defectors were talking to the intelligence agencies in America, Europe and the UK.

He said: ‘I think that they [spy agencies] have electronic intelligence, and that they have done a full inventory of who has provided access to that lab. I think they have very compelling evidence. And there have also been defectors.

‘People around these labs have been leaving China and Hong Kong since mid-February. [US intelligence] along with MI5 and MI6 are trying to build a very thorough legal case, which may take a long time. It’s not like James Bond.’

Mr Bannon even suggested that the French government, which helped to build the institute, had left behind monitoring systems after Beijing shut them out of the project before it opened in 2017.

He said: ‘The thing was built with French help, so don’t think that there aren’t some monitoring devices in there. I think what you are going to find out is that these guys were doing experiments which they weren’t fully authorised [for] or knew what they were doing and that somehow, either through an inadvertent mistake, or on a lab technician, one of these things got out.

‘It’s not that hard for these viruses to get out. That is why these labs are so dangerous.

‘You essentially had a biological Chernobyl in Wuhan, but the centre of gravity, the Ground Zero, was round the Wuhan lab, in terms of the casualty rates. And like Chernobyl, you also had the cover-up – the state apparatus reports to itself and just protects itself.’

Mr Bannon, who has close links to Guo Wengui, an exiled Chinese billionaire, told this newspaper: ‘Regardless of whether it came out of the market or the Wuhan lab, the Chinese Communist party’s subsequent decisions hold them guilty of pre-meditated murder.

‘We know this because Taiwan formally informed the WHO on December 31 that there was some sort of epidemic coming out of Hubei province [where Wuhan is]. The CDC in Beijing was informed on January 2 or 3, and they decided to withhold that information and then sign a trade deal [with the US on January 15].

‘If they had been straightforward and truthful in the last week of December, 95 per cent of the lives lost and the economic carnage would have been contained.

‘That is the tragedy here. They used the time to scoop up all the world’s personal protective equipment. This is a murderous dictatorship. The blood is [also] on the hands of the world’s corporations – the investment banks, the hedge funds and the pension funds – and it is time to start calling it out before it leads to the destruction of the West.

‘We are in the most extraordinary crisis in modern American history, more than Vietnam, the Cold War, even the Second World War. A global pandemic and an economic inferno. I have no faith in the WHO, the leadership should face criminal charges and be shut down.’

The Chinese government dismisses claims of a laboratory leak as a ‘conspiracy theory’ and denies any cover-up. The WHO denies any complicity in a cover up.

When he was asked whether Mr Johnson should scrap plans to allow Huawei into the UK’s 5G system, Mr Bannon said that the company was part of the ‘military wing of the Chinese communist party’ and the deal should be axed.

He said. ‘The President thinks that it is a huge issue. To me, Huawei should be shut down throughout the world in every country, and their assets liquidated. I say to Boris Johnson – shut down Huawei, and keep calm and carry on.’

As the Wuhan Scientists defect to West and are revealing credible information against Communist CCP that cover up the spread of the virus and caused a delay in alerting the world, they deliberately sent their citizens from Wuhan to all the major countries in the world. Ironically they did not send Wuhan Citizens to Beijing or Shanghai. That is the strongest evidence of culpability of China for which China stands Guilty of the murder of 560,000 innocent civilians worldwide.

What would be the easiest way to penalize China? Think of countries in African continent that China has been exploiting economically for their natural resources and the countries in other continents that are devastated by Chinese Wuhan Virus that was deliberately spread.

Shouldn’t all Chinese Assets in all the countries, Chinese shareholding in all the companies worldwide be nationalized and taken over by the governments in respective countries as a part compensation?

Shouldn’t Chinese CCP be charged with culpable homicide and their officials punished?

Any action against China needs nationalist Governments in all countries and not those who are sold out to China for a little donations or bribery.