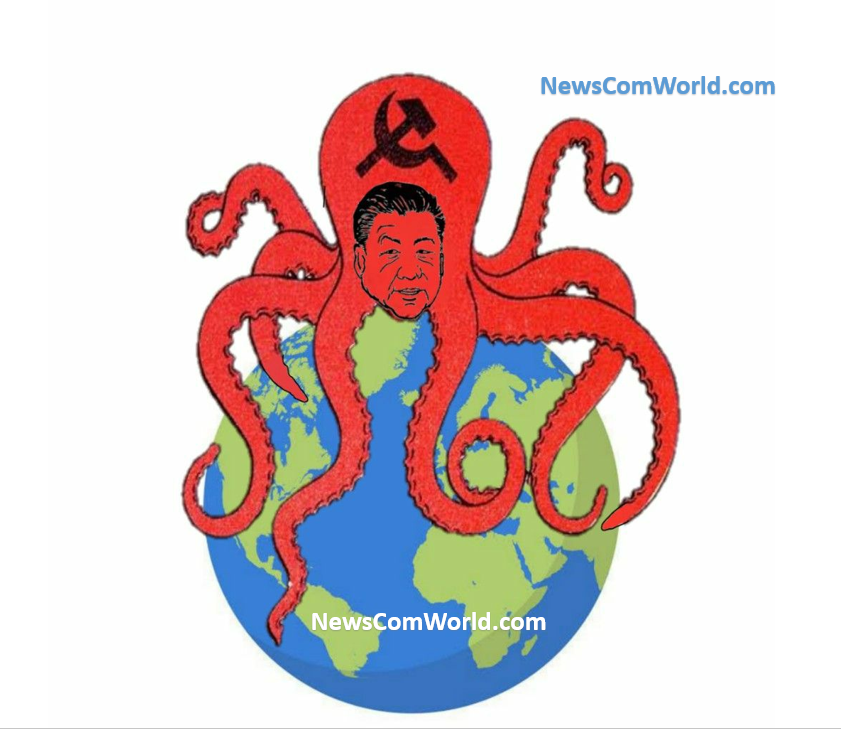 Chinese Debt Trap Diplomacy is used by Imperialist China to control the world. Many countries around the world that voluntarily or involuntarily fell into the Chinese debt trap, are following dictate of Communist CCP China.

All history, empires expanded and contracted, they subjugated other countries – for power, for resources, for religion and every now and then, we would see someone attempting to take over the world through nefarious means. China is no different. Chinese problems are two – a Communist Dictatorship which cannot survive a weakened centre and what is called the Middle Kingdom mentality where China claims itself to be the ruler of the world.

Fully ignoring the fact that Chinese imperialism in Tibet and other areas was a precursor to the so-called Century of Humiliation (For example, one can read about Dzungar Genocide where the Qing China slaughtered 80% of the population of Dzungaria which forms the Buddhist northern half of Xinjiang), the Chinese Communist dispensation declared itself to be the champion to undo the insults meted out to China during that Century. But, what China did to it’s people is probably unwarranted in world history. After a brutal imperialistic invasion and subjugation of Xinjiang and Tibet, and playing a pivotal role in Vietnam and Korea, this new Chinese Empire of Elected Kings clearly showed itself even more devastating to the Chinese interests than the much touted Japanese subjugation of China. What is Nanjing before the Xinjiang labour camps? Or the massacres of 1989?

When global communist concerns raised voices of degradation of China into a monarchy, there is already a problem. “XI JINPING’S proposed elevation almost as the “Emperor of China” following the latest amendments to the Constitution, allowing more than two terms for the president and vice-president, is the logical culmination of the capitalist-road chartered by Deng Xiaoping almost three-and-a-half decades back. It is now reaching its most intensified stage of imperialist degeneration. By the turn of the first decade of the 21st century itself, China had become the second largest imperialist power run by one of the most powerful dictatorships of corporate finance capital under the aegis of a bureaucratic monopoly capitalism integrated with and camouflaged under the highly centralized party apparatus.”

Imperial subjugation of a foreign country may be wrong. But, subjugation of one’s own country is even more wrong. Mao’s Cultural Revolution killed more than 40 million Chinese a number not even reached by the most brutal of the world’s dictators – Stalin or Hitler or even Timur and Aurangzeb. But the drawing of Cold War lines, especially after the Sino-Soviet split means that the America centric global block decided to ignore Chinese crimes to pin down Soviet Russia and it’s allies.

In fact, China had no hope till 1980s when Deng Xiaoping opened China to the world. Chinese economic policy was simple – create a manufacture based ecosystem guaranteeing the lowest manufacturing cost in the world, part of it arising from slave labour camps and part of it due to the export subsidies China provides to it’s exporters. The world’s focus on Soviet Russia and ignorance of China was fully used by China to an extent that but it’s not a fair enough game.

There are cases of industrial espionage, there are cases of bribery and honey trapping and IPR theft to an epidemic levels that China is considered one of the most unfriendly countries for foreign investment. Check : China bugs, blackmails UK execs

We covered several instances of Espionage by China in different counteries. Here are a few related articles:

Chinese Industrial Espionage Cases In The USA: The Modus Operandi

Related Article: Chinese State-Controlled Company Nuctech Is The Biggest Threat To The global Security Screening Market As Huawei Is a Threat in 5G

For the manufacture industry China built, China needs a market to sell – countries which are economically backward, governments which are corrupt and countries which perceive themselves to be vulnerable and wanted allies. There are some cases, though, where the governments wanted to genuinely help their citizens but were caught in the Chinese debt trap.

This has created a network of Chinese supporters – those which provide raw materials to the Chinese industry like the Oil producing countries of Middle East and Russia, those who look towards China for protection like Pakistan or Iran, those who try to step in shoes far bigger than their size like Nepal, those who are trapped in the Chinese debt trap like Zambia or Nigeria and those which act as extension of Chinese industry like Italy.

But the picture is not rosy enough. This aggressive Chinese imperialism has created a situation where Chinese economy itself is taking the strain unable to maintain the situation – with rising NPAs and a flagging economy – all of this becoming more complicated due to the Chinese response post COVID and the current flood situation in China. Caught in an unenviable struggle between economic austerity, economic rejuvenation and power projection, China still seem to focus on power projection which is centred on what is called Debt Trap Diplomacy, desperately trying to maintain the colonial empire which it tried hard to build.

An example of how China is reaping its beneefits through its Colonial Empire is the support China got over Hong Kong. A quick look at the list of countries which supported China tells that most of them have a percentage of their GDP as Chinese debt, in some cases, crossing even 25% of their GDP.

Here we will present a series of articles over how China subverted various countries and what’s in store for the world if China is left unbridled.