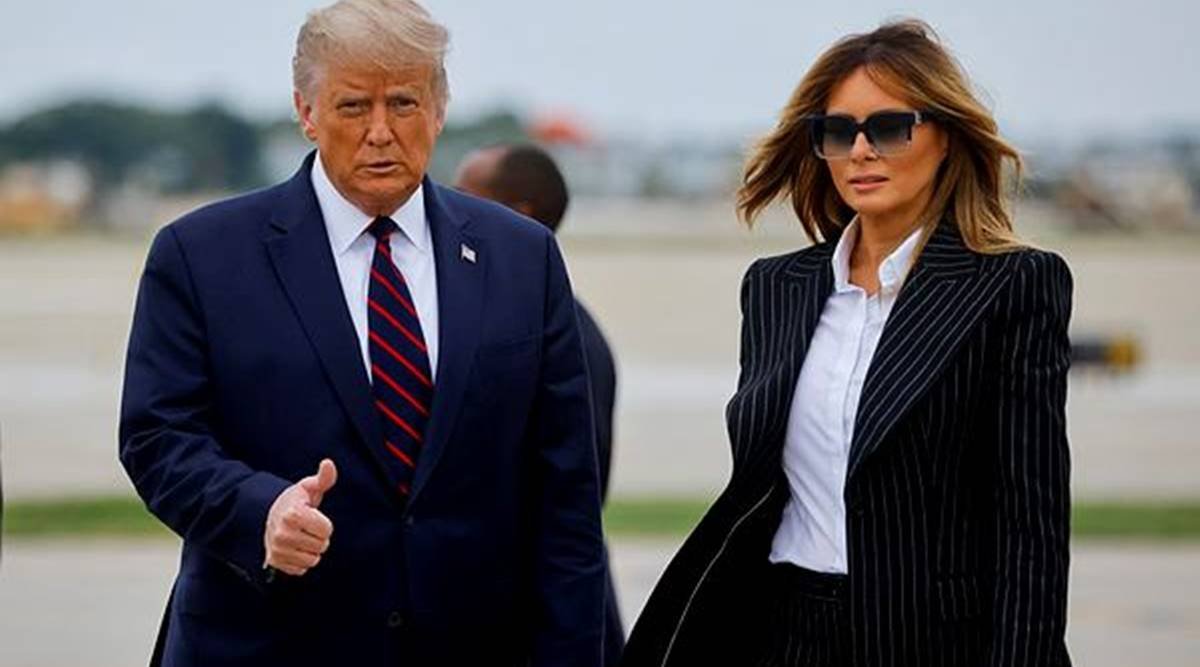 Whole world came to know about President Trump infected with the Corona Virus the deadly Bio-Weapon unleashed by China on the entire world through his tweet. In his tweet President said, “Tonight, @FLOTUS and I tested positive for COVID-19. We will begin our quarantine and recovery process immediately. We will get through this TOGETHER!”

Georgia Republican Senator Kelly Loeffler was the first to blame China by writing. She pinned blame for the president’s diagnosis on the Chinese government and demanded retaliatory measures. “Remember: China gave this virus to our President @realDonaldTrump and First Lady @FLOTUS. WE MUST HOLD THEM ACCOUNTABLE.”

In a tweet that he later deleted, he said, “President Trump and the first lady have paid the price of his gamble to play down the COVID-19. The news shows the severity of the US Pandemic situation. It will impose a negative impact on the image of Trump and the US, and may also negatively affect his reelection.”

Washington Examiner reporter Jerry Dunleavy was among the firsts to counter the Chinese Communist Mouthpiece Editor in his tweet.

He Tweeted, “The Chinese Communist Party covered up the coronavirus, silenced whistleblowers, coopted the WHO, lied to the world, and helped turn the coronavirus into a global pandemic that has killed more than 200,000 Americans & more than 1 million worldwide. And now the CCP is weighing in.”

“The Chinese Communist Party coronavirus infected the British Prime Minister and the American President and the CCP is openly doing a gleeful victory lap.”

People around the World are angry with China

People around the world are angry with China over spreading the Chinese Virus that killed 1.03 Million people worldwide and that earlier infected UK Prime Minister Boris Johnson and now has infected President of United States Donald Trump and the First Lady.

Many people supporting President Donald Trump blamed his positive COVID-19 diagnosis on Thursday on the Chinese government, accusing Beijing of literally infecting the president with the virus in what was effectively an attack on the U.S. Commander-in-Chief.

“The Chinese Communist Party has biologically attacked our President,” declared Blair Brandt, a top Trump campaign fundraiser and an adviser to Lara Trump, the president’s daughter-in-law. “China must be held accountable,” he added. “From Wuhan to the White House, China must pay for what it’s done.”

Their anger is echoed on social media all over.

People around the world who love United States President Donald Trump expressed their fear if someone has intentionally infected President Trump.

A few days back several Leftist/Liberals and Democrat supporters were wishing President Trump get infected with the Chinese Corona Virus. We even read one such tweet where one such leftist had called upon Leftists/Liberals to infect President Trump. We could not find the tweet for evidence here.

Others on social media also expressed expressed the similar anger against Leftists/Liberals and Democrats that had wished President Trump get Infected.

“Is it fair to make the assessment that China has now officially interfered with our election?” tweeted Rep. Mark Walker (R-NC).

Dr. Sean Dooley, said the president told him, “I feel like I could walk out of here today.” And in a Saturday afternoon tweet, Trump wrote that he was “feeling well!”

Standing outside Walter Reed National Military Medical Center, Dr. Sean Conley in a written statement said, “The President was first diagnosed with COVID-19 on the evening of Thursday, October 1st and had received Regeneron’s antibody cocktail on Friday, October 2nd.”

He said Trump did not need supplemental oxygen Thursday, Saturday, or “when we were all here” on Friday.

Conley also said Trump’s fever is gone, though he would not say how high his temperature had been. And he claimed his cardiac, liver and kidney function was normal. The president’s oxygen-saturation rate on Saturday was 96 percent, which is not in the danger zone.

“He’s not having difficulty breathing or walking about,” Dooley added. Trump also received a dose of the experimental anti-viral remdesivir at Walter Reed on Friday. Conley said it had not been decided if he would get the full, five-day course or how long he might be hospitalized.

He did note that the the peak period for the inflammation phase that can make coronavirus so life-threatening is seven to 10 days after onset, and Trump has passed through that.

First Lady Melania Trump, 50, still has only mild symptoms and did not go to the hospital. Her spokesperson, Stephanie Grisham, told reporters Saturday morning that she is “doing well” and “continues to rest.” Her symptoms have not worsened, Grisham said, and she “remains in touch with her husband.”

President Trump speaking in a video address to the world from Walter Reed National Military Medical Center told the world that he is fine and will fight the Chinese Corona Virus for the whole world.

People were very happy as soon as they received the news of the President Donald Trump’s infection. Same was reported by many people on social media.

Here are some more tweet about Celebrations in China

In a survey, a surprisingly large portion of Democrat respondents to a new survey said they were “happy” after US President Donald Trump contracted the coronavirus, a trend reflected in a flurry of celebratory social media posts from his critics.

Four out of ten Democrats said they were “very” or “somewhat” happy when asked how they felt about the diagnosis, in a Morning Consult poll published on Friday, while 31 percent admitted they were “excited.” Some 41 percent reported feeling “indifferent.”

The survey comes a day after Trump announced that he and the first lady had contracted the illness, which has infected more than 7.3 million Americans and killed in excess of 208,000.

In stark contrast to Democrats, a majority of GOP voters surveyed for the poll said they were “sad” (55 percent) or “worried” (51 percent) after the diagnosis, while only 14 percent reported feeling “happy.”

Will the new Government after the elections 2020, take tough action against China for using Chinese Bio-Weapon Corona Virus that killed more than 200,000 Americans & more than 1 million worldwide?

Will all the countries worldwide forfeit all Chinese loans and sue China for compensation?