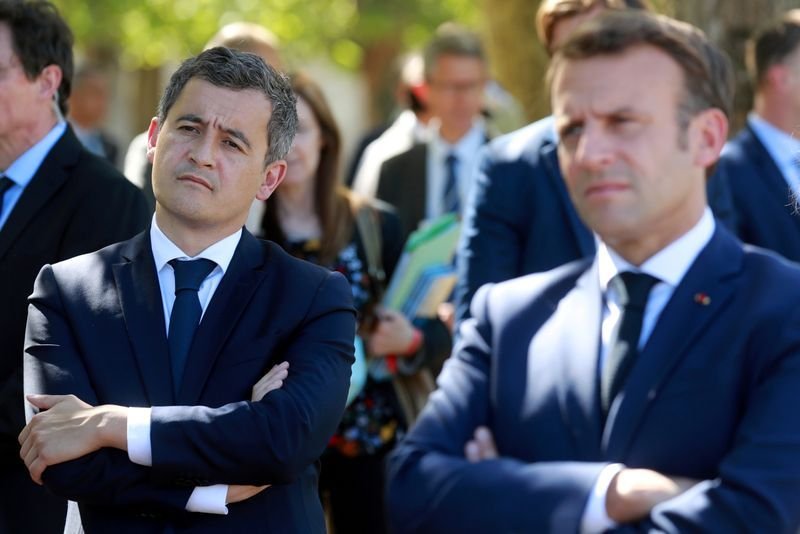 France is to deport Islamic Extremists to Tunisia and Algeria after Nice Church Attack as France looks at different measures against Islamist radicalization.

The former French colony Tunisia is “prepared to receive any Tunisian”, Taoufik Charfeddine said at the end of a visit by Gerald Darmanin, following a deadly attack in Nice last month allegedly carried out by a Tunisian jihadist.

“But this must be done in line with conditions and regulations” under international laws and conventions, and “preserving the dignity of the Tunisian” being returned, Charfeddine told reporters.

Sources close to Darmanin said ahead of the talks that he would submit to authorities a list of some 20 Tunisians who France wants to expel, on the basis that they had been convicted on terrorism charges or were suspected of jihadist inclinations.

The French interior minister is due to visit Algeria on Sunday on a similar mission.

Public opinion in Tunisia is hostile towards the return of suspected jihadists, and authorities have refused the return of their citizens from France on the basis of travel restrictions linked to the coronavirus pandemic.

Tunisian nationals have constituted a significant proportion of foreign jihadists in Syria, Iraq and Libya over the past decade.

In 2015, the United Nations said that some 5,000 Tunisians had flocked mainly to Syria and Libya to join the Islamic State group (IS), while authorities in Tunis gave a lower figure of 3,000.

Their return has been a cause of concern in Tunisia, which has been under a state of emergency following a string of IS-claimed attacks in 2015 and 2016.

Sources close to Darmanin say that 70 percent of over 230 foreigners illegally in France and suspected of radicalism are from the Maghreb region, which includes Tunisia, Algeria, Pakistan and from Russia.

His visit to Tunisia was scheduled some time ago, but it takes on new urgency following the October 29 killing of three people at a church in the southern French city of Nice.

French officials have identified the man responsible for the Nice attack as Brahim Aouissaoui, a 21-year-old Tunisian who had recently arrived in France from Italy, which he had reached by boat in late September. Both the Conflans murder and September’s Charlie Hebdo attack were committed by 18-year-old immigrants. Abdouallakh Anzorov was a Chechen who came to France at the age of six, probably from Moscow. Ali Hassan left Pakistan at 15 to be smuggled to Europe.

The alleged perpetrator of that attack, 21-year-old Brahim Aouissaoui, who arrived illegally in Europe in late September, is not the first Tunisian suspected of carrying out a deadly jihadist attack in Europe.

In 2016, 31-year-old Mohamed Lahouaiej-Bouhlel ploughed a truck into a Bastille Day crowd on the Nice seafront, killing 86 people.

IS claimed both men as its followers.

That surge in violence was the result of a number of factors that converged at a specific moment: Islamic State’s rule over a swath of Iraq and Syria, its decision to target the west, its huge media output and establishment of camps to train some of the thousands of young men from Europe who travelled to take part in the conflict, the existence of a series of networks and capable senior militants linking France and Syria, and the failings of western European security services and policymakers.

Two factors were colliding to produce violence. “First, the conditions in the home countries like Pakistan that increasingly are becoming more Islamicised and anti-western through the influence of mullahs and populist governments, while their education systems crumble,” he said. “Second, in the western countries where migrants end up legally or illegally, there is a ghettoisation of Muslim immigrants, who turn to religion as a defence mechanism and rallying point.”

Why are the oppressed Christians, Hindus, Buddhists in Islamic Nations are not taken as refugees?

Isn’t it the conspiracy of Turkey, Pakistan to flood Europe with Islamist Radicals to destroy the culture of Freedom of Europe?

When will Europe have a Security service strong enough to guard EU borders? Doesn’t it look like Europe is week and cannot protect its own borders?