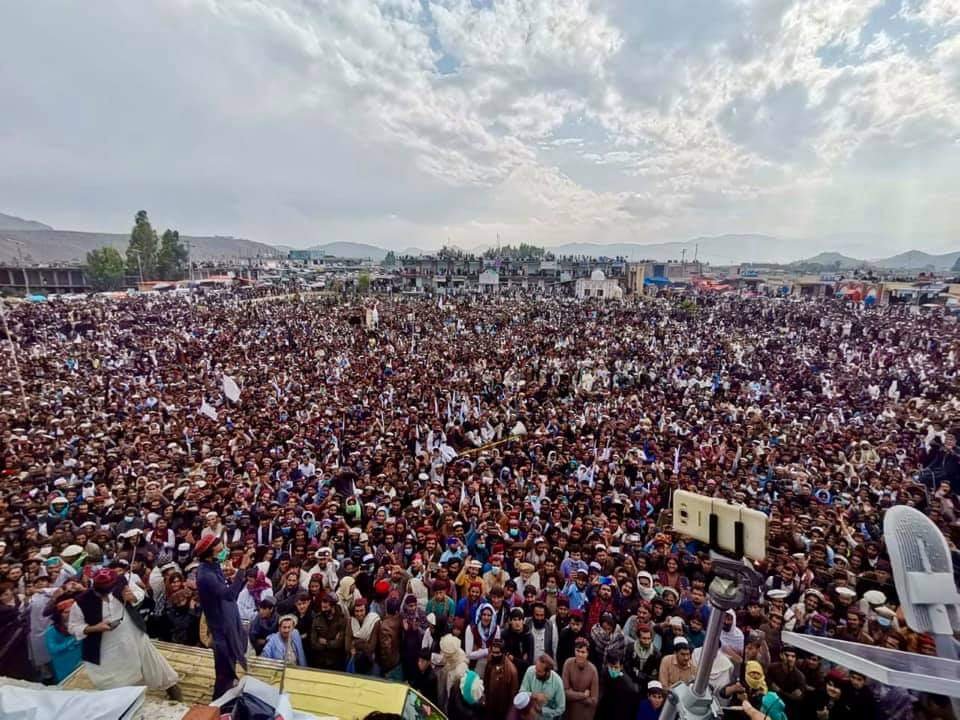 A defeated Pakistan Army, badly thrashed by India on the border, to ensure its gravy train doesn’t stop seems to have selected a target which it feels to be of its size – Afghanistan. Pakistan is a failure when fighting against India. Hence to divert its public attention from its failure at India front, Pakistan has diverted its attention to Afghanistan. Pakistan is doing everything under its control to send Taliban Terrorists in Afghanistan to kill the innocent civilians. A fall out is that Pakistan has settled these Taliban Terrorists in Khyber Pakhtunkhwa region and local Pashtuns are not happy with Radical Terrorists in their region that target Pashtuns and Afghans on both sides of the Durand Line.

Related Article Massive Exchange of Fire in Neelam Sector in Kashmir LoC : Did China Order Pakistan or Pakistan is rattled as China is Disengaging?

PTM is a rights group that has called for the de-mining of the former tribal areas and greater freedom of movement within tribal areas. It has called for an end to “extrajudicial killings, enforced disappearances and unlawful detentions,” according to reports.

Afrasiab Khattak, a former member of the Senate of Pakistan, said in a tweet that the PTM members “are expressing opposition to a new war being imposed on both sides of Durand Line.”

“PTM is trail blazer in resistance to war state repression. Glad that other political parties have mustered the courage to point out the real usurpers,” he said.

Khor Bibi, human rights activist and supporter of PTM, in a tweet said: “Thousands of Pashtuns gathered at Miranshah in North Waziristan from all over Pashtunkhwa against state brutalities with Pashtuns.”

Those who raise their voice against Punjabi Pakistan Army and Pakistan Intelligence Agency ISI are disappeared and either killed or sold for organ harvesting.

According to PTM members, at least 30,000 people from the two provinces – Khyber Pakhtunkhwa and Baluchistan – have gone missing over the past 10 years.

Previously, the PTM members have called on the international community and human rights defenders to assign a fact-finding committee to investigate the “systematic murders” of Pashtuns on both sides of the Durand Line.

The internet system was also shut down, people were harassed at check posts, many activists were arrested instead of such cheap tactics of the Punjabi Pakistan and its Intelligence Agency ISI so many people do not came to the jalsa of PTM.

Punjab hijacked the other small nationalities in Pakistan. The Pashtuns, Baloch and Sindhis (Sindhis include the Residents of Sindh both Mohajirs and Sindhis) are living on their own land like the slaves of Punjab.

Pakistan has destroyed the thousands of years old language, culture and history of the Pashtuns, Baloch and Sindhis.

Since 1971 Pakistan has always been obsessed about the further disintegration. So, the Pashtuns, Baloch and Sindhi freedom fighters (Sindhis include the Residents of Sindh both Mohajirs and Sindhis) are being treated with iron hands by Punjab dominated Pakistan Army.

80000 Pashtuns were killed in the Pashtun tribal area. The bullet-riddled bodies of Baloch people are being sent to their houses.

Pakistan is an unnatural state with unnatural boundaries. Pakistan came into being on the land of India, Afghanistan, Sindh and Bengal. Colonial powers drew lines on maps for their own convenience and not for the postcolonial governments whether they will control it or not.

The best example is the Durand line between Afghanistan and Pakistan.

Pakistan imposed 4 wars on India, and for the last 40 years, Pakistan has imposed undeclared proxy war in Afghanistan to make Afghanistan so weak that it could not demand its land occupied by Pakistan.

Pakistan’s involvement in the proxy wars in Afghanistan and Kashmir has awarded Pakistan as a terrorist state.

Pakistan has always been engaged in by training and sending insurgents into Indian-controlled Kashmir and Afghanistan.

Since the 1990s, Pakistan has become the world’s biggest hotbed of transnational terrorism, with the collusion of elements of the state. Since 2001, Pakistan has also become the home of al-Qaeda and other terrorist organizations, waging war in Afghanistan.

Active involvement in proxy wars and insurgencies such as in Afghanistan and Kashmir created a massive infrastructure for terrorism and violence. As a result, parallel forms of authority emerged over time. The state has not been able to assert its power over civil society.

Pakistan has been using these groups for their terrorist activities in Afghanistan and Kashmir. These extremist groups do seek social transformation but not on a developmental path. Instead, they hope to transform Pakistan into a bastion of fundamentalist Islam.

According to the Pakistani mindset, Afghanistan should under all circumstances be brought within the Pakistani orbit, to avoid the risk that India make it its ally and thereby upset Pakistan’s security on both borders.

Finally, peace with India and Afghanistan is desirable, but only if they concede territory and largely on Pakistani terms.

So sooner or later Pakistan will be disintegrated.

Will International News Media give coverage to PTM uprising against Pakistan Establishment against use of Khyber Pakhtunkhwa to launch Talibani Terrorist attacks on Afghanistan?

Will Pashtuns on either side of Durand Line join and demand merger of Pashtun lands with Afghanistan or will they want a separate new nation of Pashtunistan?