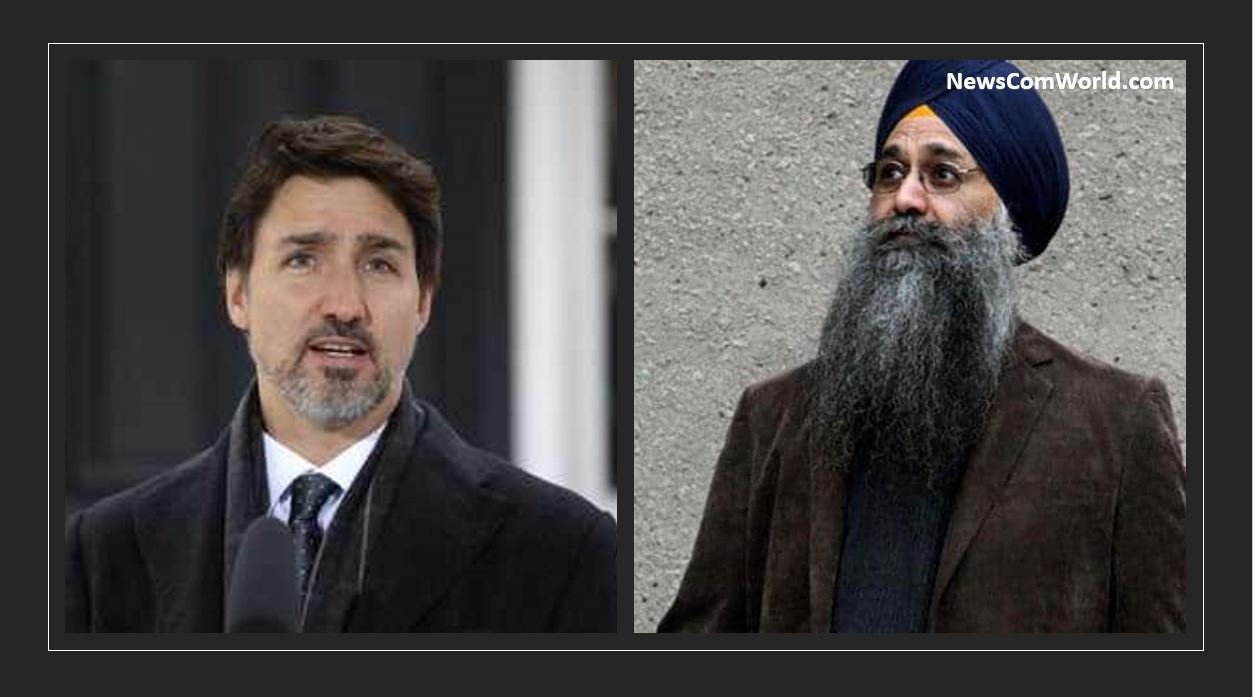 What happens when Terrorist are your vote bank? In that case you act like the hypocrite Justin Trudeau is acting in Canada.

The Indian government recently introduced three Bills: The Farmers Produce Trade and Commerce (Promotion and Facilitation) Bill, 2020, The Farmers (Empowerment and Protection) Agreement on Price Assurance and Farm Services Bill, 2020 and The Essential Commodities (Amendment) Bill, 2020, which were passed in the monsoon session of the Parliament. The objective behind introducing these bill was to get rid of the inadequacies in the existing laws and mechanisms dealing with the sale of agricultural produce and ensure that farmers received fair price for their produce.

The Farming Produce Trade and Commerce (Promotion and Facilitation) Bill, 2020: The newly proposed law aims at creating additional trading opportunities outside the APMC market yards to help farmers get remunerative prices due to additional competition. Farmers can now sell their agricultural produce in a market of their choice at better prices.

The Farmers (Empowerment and Protection) Agreement on Price Assurance and Farm Services Bill, 2020: creates a framework for contract farming through an agreement between a farmer and a buyer prior to the production or rearing of any farm produce.

The Essential Commodities (Amendment) Bill, 2020: This new law allows the central government to regulate the supply of certain food items including cereals, pulses, potatoes, onions, edible oilseeds, and oils, only under extraordinary circumstances. The bill amends the Essential Commodities Act to provide that stock limits for agricultural products can be imposed only when retail prices increase sharply and exempts value chain participants and exporters from any stock limit.

Farmers all over India has appreciated these new bills brought by Indian Government. An example of good impact of these new laws can be inferred from this example:-

A maze farmer Maharashtra, Jitendra Bhoi had filed a case under the newly introduced Farmers’ Produce Trade and Commerce (Promotion and Facilitation) Act, 2020 against two traders for not paying him an outstanding amount of Rs 285,000. The bill mandates the buyers to make payment to the farmer within three days of transaction but Bhoi’s payment was delayed by four months.

Also, it is important to note that Canada always opposed India’s MSP on the grounds that it will give unfair advantage to Indian farmers in open market. On the other hand, the hypocrisy is on the forefront when Khalistani terror took a front seat over a Canadian Farmer. The same Trudeau who opposed MSPs by India, why exactly is he supporting protests for continuation of MSP and old model, of not for his terrorist vote bank?

Canadian Prime Minister Justin Trudeau published a video message on Twitter in which he said the demonstrations were “concerning” and defended the right to peaceful protest.

“We’ve reached out through multiple means directly to the Indian authorities to highlight our concerns,” he added.

India’s foreign ministry responded by hitting out at “ill-informed comments by Canadian leaders relating to farmers in India”, without directly naming Trudeau.

Though willing to defend India’s protesting farmers, Canada has always been vocal at the WTO against India’s food subsidy programmes for its staple crops.

A Geneva-based trade official said Canada was “most vocal challengers” to India exceeding the permitted limit of its rice subsidy in 2018-19.

Canada had challenged India at WTO meetings when it sought to defend its agricultural programmes like the minimum support price (MSP) for staple crops such as rice, wheat and pulses.

Developed countries, including Canada, have been raising the issue of India’s food subsidies at WTO meetings for years. With the adoption of a peace clause in 2013, the pressure intensified.

It is abunduntly clear that Justin Trudeau is guided by people who support Khalistani Terrorists who have a huge hold on votes that determine who wins the elections in Canada.

If the new laws are so good, why is Punjab agitated and not rest of India?

To find the answer, look at a couple of tweets posted on the social meedia that explains the whole situation as to why the Agitation is only in Punjab.

If this assertion/allegation is true, it is but natural that there won’t be any buyers for Punjabi grain in India and that explains the agitation by Punjabi farmers. This coupled with the middlemen who are losing heavily and the interests of Khalistani terror apparatus is creating a caustic equation

With the political class of Punjab heavily impacted by the farm bills, They arranged a march on Indian Capital City in an attempt to lockdown the city and force the government to submit to their demands. Predictably, sensing the politics, the neighbouring state Haryana blocked entry of the farmers into Haryana.

With the event getting into a gridlock with no side budging and innocent farmers caught in the trap, it’s a matter of time that Khalistani sympathizers will hijack the moment.

Predictably, the proscribed terrorist Gurpawant Singh Pannun used YouTube to spread the message of hatred and declared funding for rebellion and was immediately followed by Canada which is notorious for pampering to Khalistani terror apparatus.

In a slew of messages issued by Canadian politicians led by the Prime Minister in person, Canada has come down heavily on the protests.

One would wonder why a distant and uninhabitable country like Canada jumped the gun. Ultimately, it’s all vote bank politics. Unless you pamper to the whims and fancies of Khalistanis including sowing discord in India, you will not win your elections. It’s no surprise that Pakistan maintains an embassy in Montreal even though Pakistani population is very less there.

In fact, Canada’s love for Khalistani terrorism is not a new phenomenon. One of the most dastardly attacks in world history, Kanishka Bombing which killed 307 People was conducted by Canada based Khalistani Terrorists and when the British courts condemned the perpetrators to death, in an attempt not to hurt the sentiments of it’s Khalistani vote bank acquitted two of them and commuted to life sentence, the third.

Canada’s love for Khalistan can be viewed from the angle that when the Canadian Prime Minister came to India, Indian government refused to meet him for his Khalistani antics both in Canada and in India and the Prime Minister had to declare his visit as a personal visit.

Keeping all this in view, one need not be surprised that Canada, in an attempt to pamper it’s vote bank can go to any extent even if it means open support to terrorism.

In fact, one would notice state support for Kanishka bombers and every effort was made to save them.

The bombing of Air India Flight 182 killed all aboard: 329 people, including 268 Canadian citizens, 27 British citizens and 24 Indian citizens, in one of the world’s deadliest terrorist strikes. It is the largest case of mass murder in Canadian history. Air India Flight 182 was an Air India flight operating on the Montreal–London–Delhi route. On 23 June 1985 it was operated using Boeing 747-237B registered VT-EFO. It disintegrated in midair en route from Montreal to London, at an altitude of 31,000 feet (9,400 m) over the Atlantic Ocean, as a result of the explosion from a bomb planted by Canadian Sikh extremists known as khalistanis.

The Babbar Khalsa terror group was involved in the bombings and the group is still active and thriving in Canada under the protection and support of the Canadian Goernment.

In a rare statement contradicting the mainline position, Paul Martin(Prime Minister 2003-2006) said,
“Make no mistake: The flight may have been Air India’s, it may have taken place off the coast of Ireland, but this is a Canadian tragedy.”

Former Supreme Court Justice John Major as per an article published in 2010 said that a cascading series of errors contributed to the failure of Canada’s police and security forces to prevent the bombing.

“The level of error, incompetence, and inattention which took place before the flight was sadly mirrored in many ways for many years, in how authorities, governments, and institutions dealt with the aftermath of the murder of so many innocents,” Major said in a five-volume report.

The Air India flight from Montreal to London, originating in Vancouver, exploded and crashed off Ireland on June 23, 1985.

An hour earlier, a bomb in baggage intended for another Air India flight exploded in the Tokyo airport, killing two baggage handlers.

The attacks were blamed on Sikh militants based in British Columbia who, prosecutors said, sought revenge for a deadly 1984 raid by Indian forces on the Golden Temple in Amritsar, the holiest site of their religion. About 800 Sikhs, including militants taking refuge in the temple, died.

Before the bombings, Canadian intelligence officials had apparently learned of the plot by Sikh separatists in Canada and India to launch a terrorist attack.

“There were individuals in the Sikh community who claimed to have knowledge about the bombing and its perpetrators,” Major said.

Canadian authorities had all the information including the wiretaped conversation between the terrorists, however still the bombing of Air India Flight 182 was not averted.

In his verdict, Justice Josephson cited “unacceptable negligence” by CSIS when hundreds of wiretaps of the suspects were destroyed. Of the 210 wiretaps that were recorded during the months before and after the bombing, 156 were erased. These tapes continued to be erased even after the terrorists had become the primary suspects in the bombing.

Because the original wiretap records were erased, they were inadmissible as evidence in court.

The agencies failed “to offer adequate protection to those individuals,” he added. “Instead they engaged in turf wars.”

Inderit Singh Reyat, who was convicted of manslaughter in the bombings, remains the only suspect convicted of a role in the attacks. Two other accused were brought to trial, but never convicted.

The witnesses to the crimes by Khalistani Terrorists were murdered. Tara Singh Hayer, the publisher of the Indo-Canadian Times and a member of the Order of British Columbia, provided an affidavit to the RCMP in 1995 claiming that he was present during a conversation in which Bagri admitted his involvement in the bombings. On 24 January that same year, Purewal was killed near the offices of the Des Pardes newspaper in Southall, England, leaving Hayer as the only other witness.

On 18 November 1998, Hayer was shot dead while getting out of his car in the garage of his home in Surrey. Hayer had survived an earlier attempt on his life in 1988, but was paralysed and used a wheelchair. As a consequence of his murder, the affidavit was inadmissible as evidence. This was later cited as a reason why the suspects in the bombing were eventually acquitted in 2005.

Ken MacQueen and John Geddes refused to accept the assertion that Kanishka Bombing should be treated as Canada’s 09/11.

“In truth, it was never close to that. The date, 23 June 1985, is not seared into the nation’s soul. The events of that day snuffed out hundreds of innocent lives and altered the destinies of thousands more, but it neither shook the foundations of government, nor transformed its policies. It was not, in the main, even officially acknowledged as an act of terrorism.”

With such an attitude it shouldn’t surprise anyone when Canada found another opportunity to support Khalistani terrorism.

Would Canada’s foreign policy be guided by Khalistani Terrorist supporting people who want bloodshed in India?

If Justin Trudeau continues to speak the language of Khalistani Terrorist supporters, will he be even trusted in International Polictics? What face would Justin show when he is snubbed by Indian Officials and media exposing his hypocricy of opposing Indias MSP on one hand and Supporting Farmers Protests financed and sponsored by Khalistani terrorists in Canada, US and Europe?

Will Trudeau open his mouth ever against this ban?