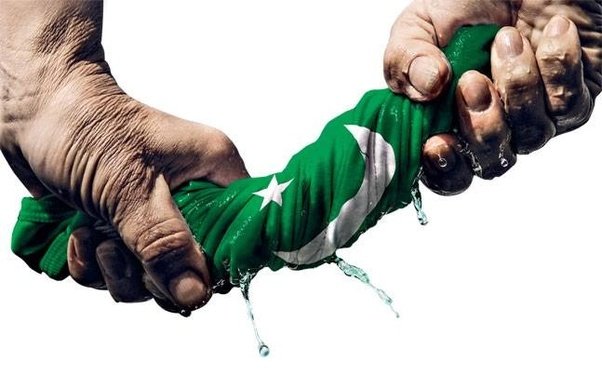 Congratulations Prime Minister for creating our very own Homeland Security department. That was the theme underpinning the social media exuberance on display after a newspaper reported on the likely establishment of a National Intelligence Coordination Committee. This committee is seemingly envisaged as an exalted body to be headed by DG ISI with not just all the intelligence agencies as its members but the foreign office and interior ministry as well.

Without commenting on our amusing and sometimes innocent illusions of grandeur in comparing our systems with those of the United States, a more comparable state organ of the USA in this scenario would be the US Intelligence Community overseen by the Office of the Director of Intelligence – as the Department of Homeland Security neither has the CIA nor the FBI under it.

And for those who may still be frowning over the earlier comment about comparing our systems with those of the United States, consider this: one of the seventeen agencies that forms the Intelligence Community is the Department of Energy’s Office of Intelligence and Counterintelligence which is mandated to ‘to protect, enable, and represent the vast scientific brain trust resident in (the department’s) laboratories and plants’. Priorities!

This is not to say that Pakistan in its own right cannot boast a uniquely resilient, rather unpredictable but effective intelligence community of its own. There is no doubt about the success of our civil and military agencies in repelling the regional onslaught of hostile elements, attacking our land and its people. But were we asleep at the wheel when it all began? Could a coordination agency such as this have prevented the bloodshed that ensued?

Peculiar socio-political events and situations over time made it possible for ISI to enter the domain of internal security as well and began expanding its influence and operations, while IB dwindled in capacity and mandate. Today, ISI has a stranglehold on internal affairs of the country and is not only active in all facets of domestic security and intelligence but also extending far into political affairs and even crime and policing. As a result of this overlapping, IB now stands without any exclusive mandate or domain as it once did. Whether this arrangement is good or not can only be reflected by the state of internal security in the country.

Nations undertake serious introspection after a particular traumatic experience where intelligence failure is at fault. The US went with a complete overhaul after 9/11 consolidating various agencies under one umbrella as they found that to be the solution. Israel has had five commission reports since 1963 that specifically looked at intelligence work and suggested major improvements. Germany’s BND saw major reforms in its SIGINT area driven primarily by the post Edward Snowden fallout. One thing all of them also have in common is parliamentary oversight.

In Pakistan, there have been five commissions undertaken by governments to streamline the intelligence establishment. The last serious effort made was in the 70s after the fall of Dhaka although recommendations of that too were relegated to office cabinets. And since then, no concrete attempt was made to bring rationality, clarity, oversight or political neutrality to either of the two main agencies of the country. The last traumatic event for Pakistan was arguably the APS incident. The rare display of national unity and political galvanization saw a brilliant document emerge that was the National Action Plan. Unfortunately, even then no one could muster the courage to include a NAP point on intelligence failures.

It is important for the country managers to remove the civil-military biases and study in earnest the present intelligence apparatus. Is it a success of internal security czars that terrorist incidents have started once again. Is it a success of the present arrangement that foreign agencies continue to operate cells in the country and also achieve their targets. Is it acceptable that intel agencies with a documented external and militaristic mandate openly engages in political and governance affairs. Is it a moment of pride for our agencies that frenzied religio-political parties can hold the capital city hostage for days on end. Is it fair to accept that in the presence of such brilliant agencies, Lal Masjid issue continues to simmer after so many years, Baloch insurgents continue to kill, Sindh separatists become more violent, ex-FATA remains in turmoil, smuggling is at an all-time high, criminal gangs operate with impunity?

The announcement to form a National Intelligence Coordination Committee may seem good on paper, but it is seen by insiders as a bureaucratic entanglement at best – or a move for total control by one agency at worst. Every country determines its systems as per their own geo-strategic and constitutional frameworks and there are many varied forms of intelligence coordination mechanisms in place.

Where the US and even India has a multi-layered mechanism with overarching coordination and supervision, other nations prefer their domestic and external agencies to work with reasonable independence having their separate channels of reporting. The question for Pakistan is not about what mechanism to choose for intelligence coordination but whether the existing overlapping structure and performance of intelligence agencies is satisfactory to address the internal and external threats of today and tomorrow.

Rather than spending time and money on training and exporting Terrorists and religious Radical fanatics worldwide and planning how to maintain Punjabi Dominance on the restive nations of Sindhudesh, Balochistan, Pashtunistan, shouldn’t Pakistan concentrate on giving cleaning and ending the Terrorist producing factories in Pakistan?

Whatever Pakistan may do, unless they stop supporting Terrorists, stop interfering in its neighbors including Afghanistan and India, Pakistan is on the path of breaking down and soon the world will see new smaller non-radical countries being born – Sindhudesh, Balochistan, Pashtunistan.