Turkey Becomes Global Supplier of Terrorists : Starts Hiring Terrorists from Syria to be sent to Pakistan to Fight Against India 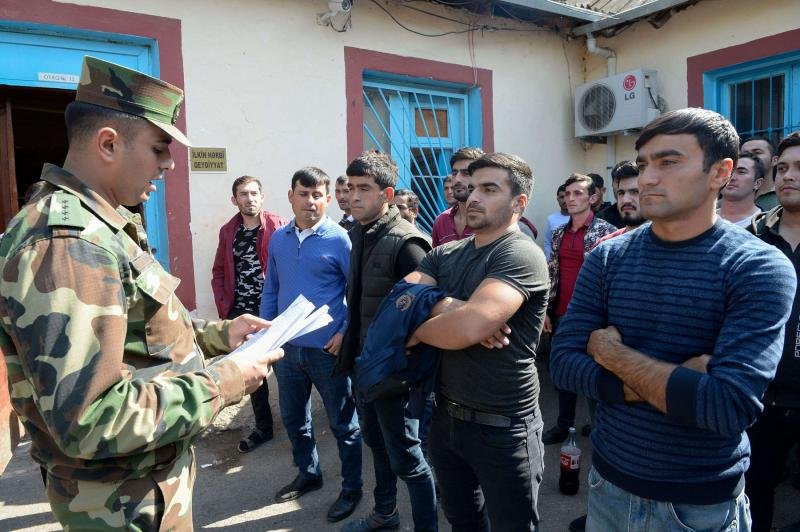 Turkey now becomes a Global Supplier of Terrorists. After running down over Nagorno-Karabakh (Artsakh) in war with Armenia, Turkey is now hiring the same Islamist Radical terrorists it hired from Syria, Libya, Pakistan and other conflict zones in the world to Pakistan to help fight Pakistani Army against Indian Forces and try to infiltrate such terrorists into India to fight a war in Indian Union Territory of Jammu and Kashmir.

As per reports Turkey is preparing to send these Islamist Radical Terrorists from East Syria/Turkey/Libya/Pakistan that had it had gathered in Azerbaijan for their next assignment to Indian Union Territory of Jammu and Kashmir. These hired terrorists are being paid 2,000 dollars each. The report comes after continuous attempts by Turkey to make India’s internal matter of Kashmir an international issue and help its confidant Pakistan.

Of late, Turkey has been criticizing India and has been vocal in its support for Pakistan on the Kashmir issue on international platforms. And if reports are to be believed, Ankara may even go a step further to help Islamabad.

According to Firat News Agency, a Kurdish news agency and another report by Greek Media – “the commander of the SNA (Syrian National Army) militia Sulayman Shah Brigades, Muhammed Abu Amsha, announced five days ago to members of his militia in the occupied city of Şiyê near Afrin that the Turkish state wanted to relocate some units to Kashmir”.

Amsha reportedly explained that Turkish officers had asked him and other SNA commanders to list names of volunteers, and those who would agree to go would get $2,000 initially.

The news agency also claimed there was a similar recruitment activity for a Kashmiri operation in Azaz, Jarablus, Bab, and Idlib. The volunteers would then be secretly taken out of the country.

However it is not clear that if Turkey will use different routes besides Pakistan to infiltrate such Islamist Radical Terrorists into India.

The report further said that “the jihadist troops of the so-called Syrian National Army (SNA) gathered and trained by Turkey in northern Syria are increasingly becoming Turkey’s international mercenary army”. Erdogan’s interference in Nagorno-Karabakh was about pan-Turkist goals, his plans in Kashmir are for pan-Islamism.

Ankara’s attempt to extend its influence to Muslims in South Asia comes as part of President Erdogan’s ongoing steps to challenge Saudi Arabia’s sovereignty over the Islamic world.

Pakistan was the second country in the plan, as Ankara and Islamabad prepare for a permanent presence of surface units and aircraft of the Pakistani Defense Ministry in the Turkish operation “Shield of the Mediterranean”, with which Erdogan hopes to plunder Greek lands and plots of land from Greece.

As per the report, sending mercenaries to Kashmir is part of Ankara’s attempt to extend its influence to Muslims in South Asia amid Erdogan’s ongoing steps to challenge Saudi Arabia’s influence in the Islamic world.

The report stated that Pakistan was the second country in the plan as Ankara and Islamabad prepare for a permanent presence of surface units and aircraft of the Pakistani Defense Ministry in the Turkish operation ‘Shield of the Mediterranean’, with which Erdogan hopes to plunder Greek lands and plots of land from Greece.

“Turkey has started preparing its gangs in Syria to send them to Kashmir after Karabakh to fight for Pakistan and against India,” the report said quoting local sources.

The Pentapostagama quoted local sources citing ANF, saying that Abu Emsa who is the head of Suleiman Shah – a gang which joined the Syrian National Army – told the gang’s members in Afrin a few days ago that the Turkish state wants to strengthen Kashmir.

The report stated that Abu Emsa said Turkish officers would ask he commanders of other gangs of the Syrian National Army to name those members want to go to Kashmir. Abu Emsa reportedly said those leaving his gang would join the list and get 2,000 dollars.

While all these news are reported from different sources, Financial Action Task Force (FATF) has proved yet again to become a useless Chinese stooge and is a big failure to take any concrete action against the Global Terrorist nations including Turkey and Pakistan.

This has been a part of Erdogan’s vision of a Neo-Ottoman empire that wants to extend Turkish control beyond the boundaries of Turkey. Recently Turkey has been trying to intimidate Greece, Cyprus, Saudi Arabia and even Iran.

However Erdogan made one mistae in underestimating Indian Response to the Terrorists attacks and Line of Control ceasefire violations by Pakistan in an attempt to infiltrate Terrorists to India. Indian Army is the 4th Strongest Army in the World and If India is pushed to the wall, India will do everything to garner support for Independence of Balochistan, Sindhudesh, Pashtunistan Internationally besides making sure this time Pakistan is Black Listed under FATF and trade sanctions and embargo is placed against Pakistan.

Turkey is already at loggerheads with China over criticizing China for the Human Rights Abuses of Ughyre Muslims in Xinjiang and China may try to distance itself from Pakistani and Turkish misadventures against India wherein China would be geopardizing its 80 Billion USD annual trade with India permanently.

If Pakistan joins Turkey and tries to use foreign Terrorists to fight against Indian Forces, is Pakistan ready to face the music when India retaliates?

Is Pakistan ready to lose Sindhudesh, Balochistan and Pashtunistan besides losing Gilgit-Baltistan and POK in a decisive battle?

Is Pakistan ready to risk the lives of over 200 Million Pakistanis over Kashmir and end up losing its occupied Balochistan, Sindhudesh and Pashtunistan as well?

If Erdogan is working towards establishing his Neo-Ottoman Empire, shouldn’t all Gulf Countries including Saudi Arabia, UAE join hands with India and help recognize freedom of Balochistan, Sindhudesh and Pashtunistan to end a Turkish Alley from Asia permanently?