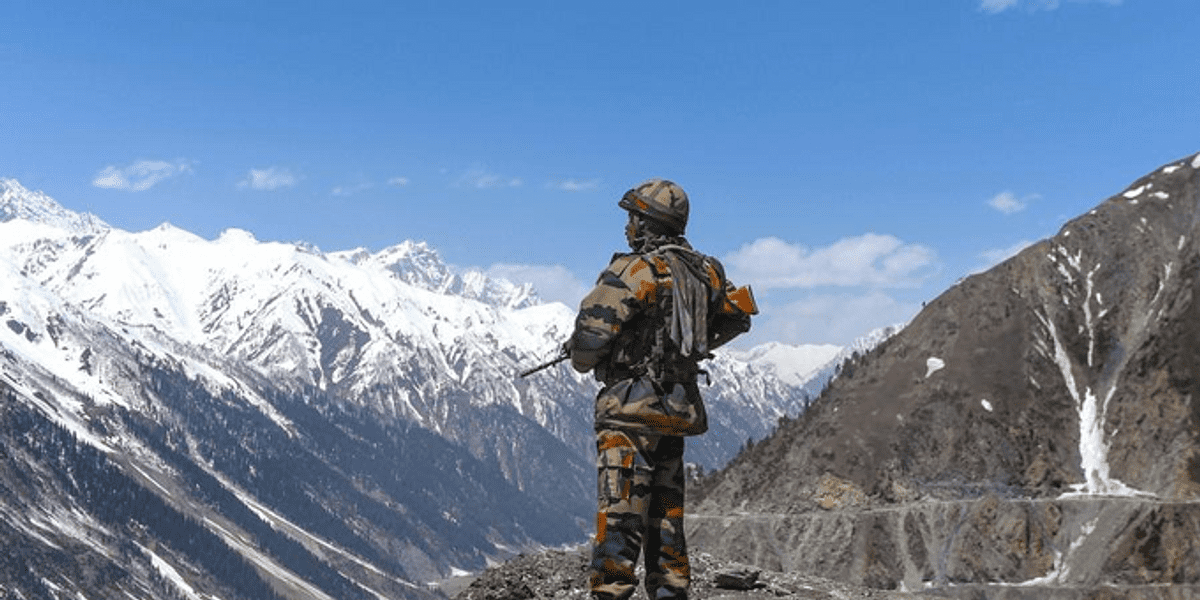 There was a minor face-off At Nakula between Indian Army and Chinese PLA in North Sikkim in the eastern Himalayas on 20 January 2021 and the same was resolved by Local Commanders as per established protocols.

India foiled an attempt by the Chinese PLA to intrude across the border at Naku La in North Sikkim last week on 20-January 2021, as per sources. Sources said Chinese soldiers tried to cross the border last week but were challenged by Indian soldiers in Naku La in North Sikkim, which resulted in a violent clash. 20 Chinese and 4 Indian soldiers were injured following a physical brawl after Indian troops stopped a PLA patrol party attempting to cross into Indian territory.

According to sources, no firearms were used or shots fired during the clash. Indian Army soldiers physically blocked the Chinese soldiers from entering into the Indian side in Sikkim.

While there have been injuries on both sides after the physical brawl in Sikkim, around 20 PLA soldiers were reportedly injured in the clash in Naku La. Sources said four Indian Army soldiers were injured on the Indian side.

The violent clash in Sikkim took place just before India and China held the ninth round of military talks with detailed deliberations on disengagement of troops from all friction points in eastern Ladakh. The ninth round, which was held at Moldo border point, concluded at 2.30 am Monday.

China said the two sides must refrain from escalatory actions.

Nuclear-armed India and China have been in a tense standoff since April in the western Himalayas and since then have bolstered forces all along the 3,800-km (2,350-mile) border.

“It is clarified that there was a minor face-off at Nakula area of North Sikkim on 20 January 2021 and the same was resolved by local commanders as per established protocols,” the Indian army said in a statement. It gave no details.

Chinese Foreign Ministry spokesman Zhao Lijian said he didn’t have anything to offer on the incident but urged India to exercise restraint.

“I would like to stress though that China’s border troops are committed to upholding peace and tranquility along the border with India. We urge the Indian side to work in the same direction as us and refrain from actions that might escalate or complicate the situation along the border,” he told a regular news briefing.

“We hope both sides will take proper actions to manage their differences and take concrete actions to safeguard peace and stability along the border.”

Sikkim is in the eastern Himalayas, thousands of miles away from Ladakh where the military crisis began last year and erupted into a hand-to-hand combat that left 20 Indian soldiers dead and an unspecified number of Chinese casualties.

Indian media reports said the latest row in Sikkim had resulted in injuries on both sides. The military offered no comment but advised caution on such reports. “Media is requested to refrain from overplaying or exaggerating reports which are factually incorrect,” it said.

The editor-in-chief of China’s state-affiliated Global Times tweeted there was “no record of this clash in the patrol log of the Chinese side”.

On Sunday, India and Chinese military commanders held talks running for several hours to try and find a way out of the stalemate. Several rounds of talks have been held over the past few months to disengage troops facing each other off on inhospitable mountains in freezing temperatures.

No word has yet emerged on the latest round of talks.

Relations between India and China soured after clashes in eastern Ladakh in June. Twenty unarmed Indian Army personnel were killed by Chinese PLA soldiers armed with nail studded iron rods and in retaliation, over hundred Chinese PLA soldiers were killed by Indian soldiers in a fierce hand-to-hand combat on June 15 2020 in Galwan Valley, an incident that marked the most serious military conflict between the two sides in decades.

At present, nearly 100,000 Indian and Chinese troops continue to remain deployed in eastern Ladakh amid the border standoff. India has all maintaining that the onus is on China to carry forward the process of disengagement and de-escalation at the friction points in the mountainous region.

When there are border talks taking place, why does Chinese PLA need to intrude in Indian Territory? Does China wants to provoke Indian Troops and if it escalate, get an excuse to start a war with India?