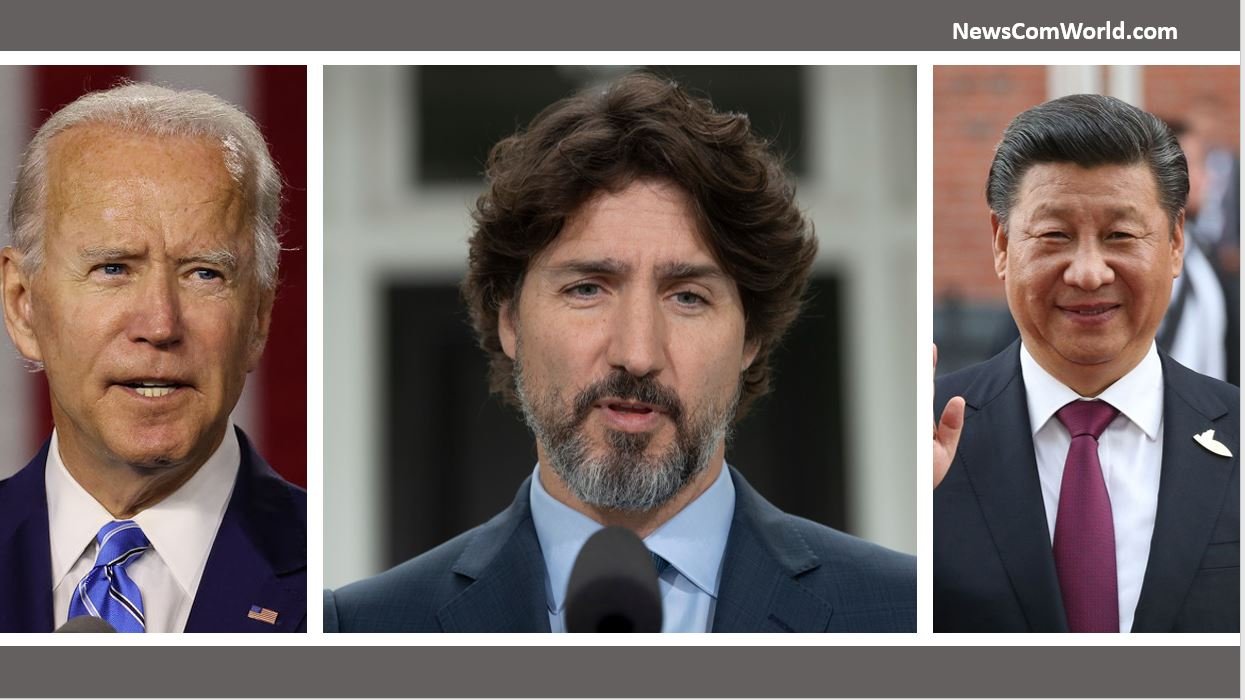 There have been several instances which have prove that Trudeau loves to run down Canada and place interests of others over Canada’s.

The first one was Canada’s Failure in the vaccine program. Justin Trudeau’s love for China Puts Canadians at Risk. Justin Trudeau had announced on 12-May 2020 that Canada had struck an agreement with the Tianjin-based firm to conduct another phase 1 trial, which essentially measures whether the vaccine is safe and generates an immune response, followed if successful by phase 2 and 3 trials here.

However, Chinese scientists who were working on a vaccine partnership with Canada were part of a government program to transfer research and knowledge to Beijing.

Former officials with the Canadian Security Intelligence Service CSIS said that it’s likely that scientists with CanSino Biologics were Chinese assets despite being educated in Canada.

Now, members within the Five Eyes intelligence network – including Canada, the US and Australia – are investigating CanSino’s founders on the suspicion that they’re a part of China’s “Thousand Talents Plan” recruitment effort. CanSino Biologics is working alonside the Chinese military’s medical-science division — it has surprisingly deep roots in this country.

The Thousand Talents Plan (TTP) was established in 2008 by the central government of China to recognize and recruit leading international experts in scientific research, innovation, and entrepreneurship. Both the United States and Canada have warned that China intends to use scientists who are involved with this plan to gain access to new technology for economic and military advantage.

What did Justin Trudeau Do?

Justin Trudeau did not have courage to criticize China or take action against the Chinese Government or the Chinese companies in Canada.

Instead Chinese Government and PLA linked companies have benefited From Justin Trudeau’s faulty Canada’s Emergency Wage Subsidy Plan. A big question being asked by people – Why is Canada Bailing Out Chinese Companies with Tax Payer Money?

On Monday 21-December 2020, the Justin Trudeau led Canadian government published a database 339,938 businesses, charities and non-profits that have applied for and received the so far the government financial support under the Canada Emergency Wage Subsidy (CEWS) program, with several companies owned by the Chinese government being among the recipients, and one of them having connections to the ongoing genocide of Uyghur Muslims in the northwestern region of China.

People have started asking questions if Justin Trudeau is scared of China.

During his first day in office, President Joe Biden signed executive order axing of the construction of the controversial Keystone XL Pipeline. Keystone XL oil pipeline was earlier blocked by former President Obama in 2015 due to environmental concerns but was reversed by Donald Trump in 2017.

Biden formally revoked the permit to build the pipeline on Wednesday 20-January 2021, killing the $8 billion project to pump oil sands crude from Alberta to Nebraska.

Losses due to Cancellation of Pipeline

The Canadian province that invested $1.1 billion of taxpayers’ money in the controversial Keystone XL project is now considering the sale of pipe and materials to try to recoup some funds.

The company estimated about 10,400 U.S. jobs and 2,800 Canadian jobs would be created throughout the pipeline’s construction (most of them temporary lasting a few months during construction period), according to the company’s project overview of the project. Meaning, only 1,000 of those projected jobs have been filled so far, according to TC Energy Corp.

According to an Oct. 28, 2020 news release when the company awarded more than $1.6 billion worth of contracts to six major union contractors in the U.S., the company said these contractors would be responsible for hiring 7,000 union workers in 2021. The release said with this addition, around 8,000 of the 11,000 projected hires would be union workers.

A total of 1,000 people are now out of the job and there won’t be another 10,000 hires because the construction of the Keystone XL Pipeline was axed by Biden’s order.

“If the project ends, there would be assets that could be sold, such as enormous quantities of pipe,” Alberta Premier Jason Kenney said in a press conference Monday. “That would offset construction costs.”

Alberta, home to the world’s third-largest crude reserves, has struggled for years with a lack of pipeline capacity to ship its crude to the U.S. Gulf Coast and other markets. TC Energy Corp.’s Keystone XL was one of the possible pipelines the industry was counting on to solve that.

What did Trudeau do instead?

Justin Trudeau refused to talk with America over the pipeline scrapping and loss of jobs and accepted the fate.

In a statement late on Wednesday 20-January 2021, Trudeau said “we are disappointed but acknowledge the President’s decision” while welcoming his move to rejoin the Paris agreement on climate change.

“The relationship is much bigger than one project,” said a Canadian source familiar with the matter.

“This issue should not be seen as a litmus test to the relationship because there are many other areas where Canada will be able to cooperate with the new Biden administration,” Paris said.