Absolute Silence When Biden Blocked Raw Material Supplies For Vaccines But Ululation When He Released : The Case of Brown Sepoys 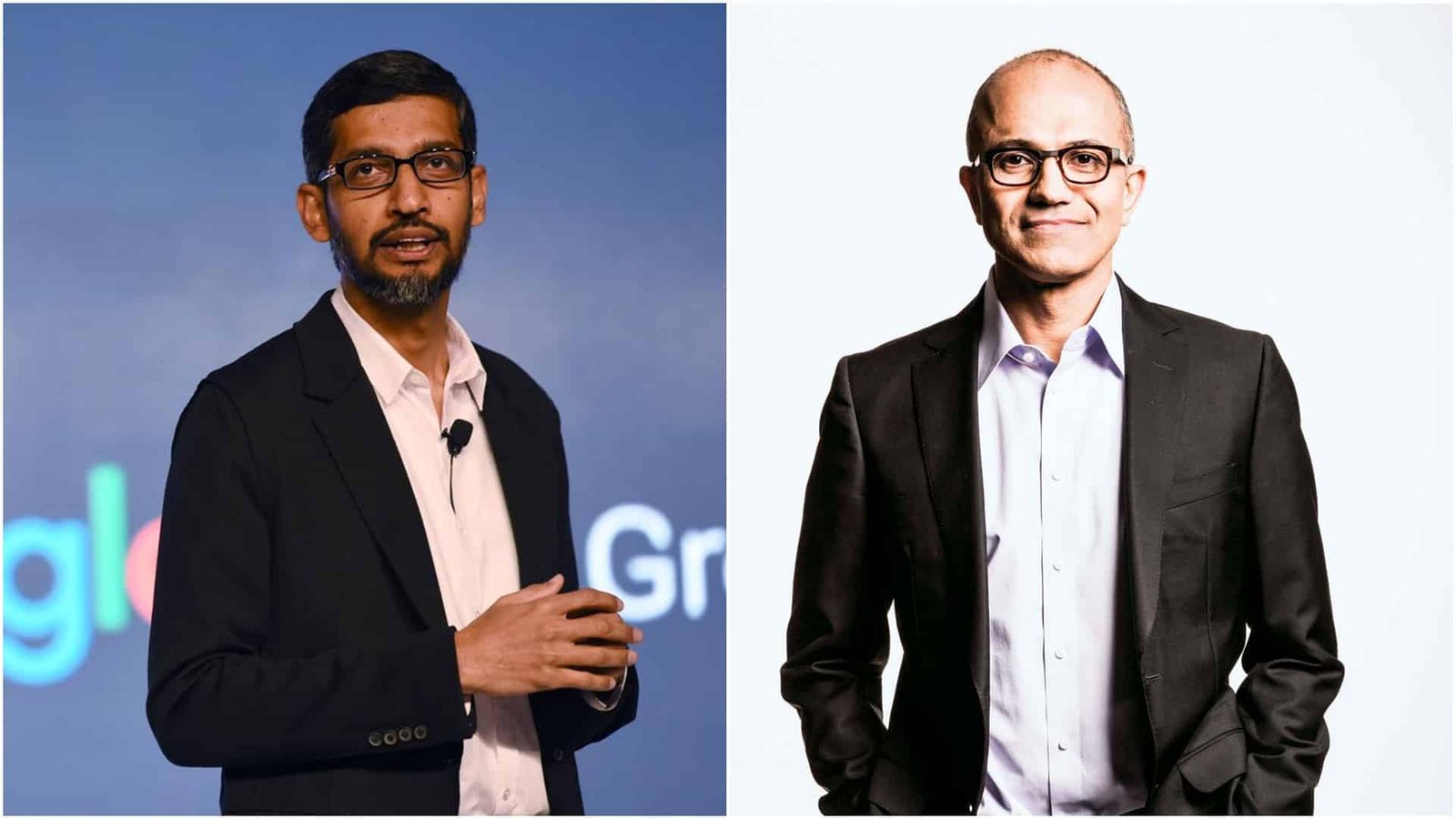 US President Joe Biden and Europe earlier blocked vaccine raw material supplies to India. For What? To benefit a couple of US and European Pharmaceutical companies and mainly China by selling expensive COVID-19 vaccines to US and European citizens. Irony was that there was an absolute silence from the Brown Sepoys when Biden blocked supplies.

Related Article Biden And Europe Blocking Vaccine Raw Material Supplies To India – A Plan To Create A Market For Pfizer And China?

Now when Biden released the supplies of raw material for vaccine manufacturing in India and other supplies, all these Brown Sepoys are ululating.

One such example is CEO of Microsoft Corporation Satya Nadella. He was silent when Biden Administration implemented the Defense Production Act, the US pharma companies cannot export either the medicines or the raw materials needed to make those medicines to other nations, including India. None of these Brown Sepoys uttered a word. One can go on their profile and see their deafening silence.

It is only after the supplies were released, he start ululating, In his tweet, he tweeted, “I am heartbroken by the current situation in India. I’m grateful the U.S. government is mobilizing to help. Microsoft will continue to use its voice, resources, and technology to aid relief efforts, and support the purchase of critical oxygen concentration devices.”

Another such Brown Sepoy is CEO, Google and Alphabet, Sundar Pichai. While US blocked raw materials for Vaccine manufacturing, he did not utter a single word. Now when the raw material supplies are resumed, he also came up with his tweet, “Devastated to see the worsening Covid crisis in India. Google & Googlers are providing Rs 135 Crore in funding to @GiveIndia , @UNICEF for medical supplies, orgs supporting high-risk communities, and grants to help spread critical information.”

Prior to that there was on tweet on 15-April 2021 but that too was not related to India.

Just wondering who is @GiveIndia?

Give India is a NGO being run by a board of Members, some of them are Anti-Modi.

One such board of Member we found was Damini Mishra. She works in product management at GiveIndia. Checking her twitter handle @damini_mishra one can easily find the retweets of tweets from Indian Opposition party leaders including Rahul Gandhi and Anti-Modi people like Prashant Kanojia sharing the article of imprisoned Umar Khalid. None of the news article favoring Modi are shared. Can she be apolitical?

We leave it for Twitter warriors to find more information about these NGOs whose names are surfacing.

Another brown sepoy Kamala Harris who during her election campaign used her status of being an Indian American, never uttered a word towards restoring raw material supplies to India, but once the supplies were released, her tweet also came

Despite the deaths in US being 12 times that of deaths in India, none of these Brown Sepoys brought forward the comparative data and instead chose to talk about the bad situation in India. Isn’t the situation in US and UK the worst where 12-17 times more people are dying?

Further Including some Indian Journalists, several US and European leftist Liberal journals and news media publicized images and videos from crematoriums where the dead bodies as per Hindu religious rites are burned. However since the death rate in US is 12 times than India and in UK is 17 times more than that in India, none of these journalists, or Fake Media houses cared to share the images of Graveyards in US or UK where the dead are being buried? Why?

Suddenly several leftist/liberal/radical handles have started airing such images/videos and blaming Indian Prime Minister Narendra Modi for mishandling Covid situation in India. However none of these Leftist Liberals care to look at the data that in fact the death rate in their own countries is 12-17 times more than in India.

Another English broadcaster, journalist, writer, and television personality Piers Morgan also gave an under belly attack. He tweeted, “The Indian Premier League should not continue given the horrific Covid crisis in India due to Prime Minister @narendramodi’s woefully irresponsible leadership. The country’s sole focus should be on the raging pandemic. Cricket is irrelevant. #IPL”

It is a shame that Piers Morgan being a media personality was spearheading a Fake Propaganda against India. He must be aware of the news regarding IPL.

As per a well known Cricket sport related website cricketaddictor.com, The BCCI has also informed that any decision regarding the entry of fans will be taken at a later stage of the tournament. However, with the recent outburst of COVID-19 cases in the Pakistan Super League (PSL 2021), which eventually led to its suspension, the BCCI is likely to keep the entire IPL 2021 behind closed doors and hence the IPL 2021 tickets will not go on sale.

Despite the knowledge of fact, Piers Morgan participated in the fake propaganda against India, but also directly blamed Indian Prime Minister Narendra Modi like the other Leftist/Liberal/Radical ecosystem. Piers Morgan never shared the fact that deaths in UK are 16-17 times more than the deaths in India on a Like-to-Like basis.

All these tweets suddenly filling the social media can only tell one tale of coordinated skullduggery to defame Indian Prime Minister who has handled the Chinese Virus Corona situation and managed to keep the death rate low despite being the most populous country with 1.3 Billion people. Not only that, Modi sent out free vaccines to other countries around the world as well which not even the rich countries like US or UK or European Countries have done till date.

Every possible fake story has been thrown by enemies of India to defame/dethrone MODI and thwart India’s development. But MODI, with utmost calm and gravitas, has converted ALL such crisis and doomsday narratives into opportunities to strengthen India‘s self-reliance. All conspirators stand exposed. Indian PM Modi, Home Minister Amit Shah, NSA Ajit Doval did this with meticulous ground work.

The above small analysis of the facts and stats would give you a clear picture about which country should be accused of mismanagement.

One of the twitter user rightly put it in her tweet, “The ones who were silent in questioning US when it ignored India’s request for removing the embargo on raw material will now flood Twitter with their ‘Thank you, Biden’ tweets.“

India made the cheapest vaccines and supplied millions of vaccines to over 128 countries around the world free of cost. India’s action was inspired by humanity despite China making windfall gains after spreading Chinese Corona Virus in the world and thereafter gaining by supplying masks, ventilators and now vaccines. However this Indian action was seen as a threat by China.

It is telling that not one political party formally criticized US in India over its skullduggery.

Further more, there was a zoom call with US Secretary of State Blinken along with 135 US CEOs to discuss US-India Covid relationship recently. US is ready to provide all the supplies and the relief material to India. However India wants everything coordinated through the PMO while the US wants to work with the various institutions in Inia as they believe lot of aid will be locked up in Delhi and not get to the states as speed is critical.

However US team did not mention who are these various institutions whom US relies but not the Indian Prime Minister Narendra Modi or the PMO. This is a clear indication that the AID will directly be sent to the Leftist/Liberal organizations who are already in touch with the Anti-India forces and are running the Anti-Modi propaganda to defame Modi. This is clearly another example of dishonest skullduggery by Biden and Indian Leftist/Liberals.

What if similar images of Muslim or Christian Graveyards were aired? Would Muslims or Christians allowed such images to be aired for the media persons to make profits? Why the religious sentiments of only the Hindus are hurt at a grieving moment?

What if some activists file legal complaints against these media persons and media houses for hurting the religious sentiments of Hindus? Wouldn’t media then cry foul about intolerance of Hindus?

Shouldn’t there be a media code of conduct from preventing media houses from earning when someone else is grieving?