China Was Preparing For WW3 With Biological Weapons For Last Six Years : US Investigators 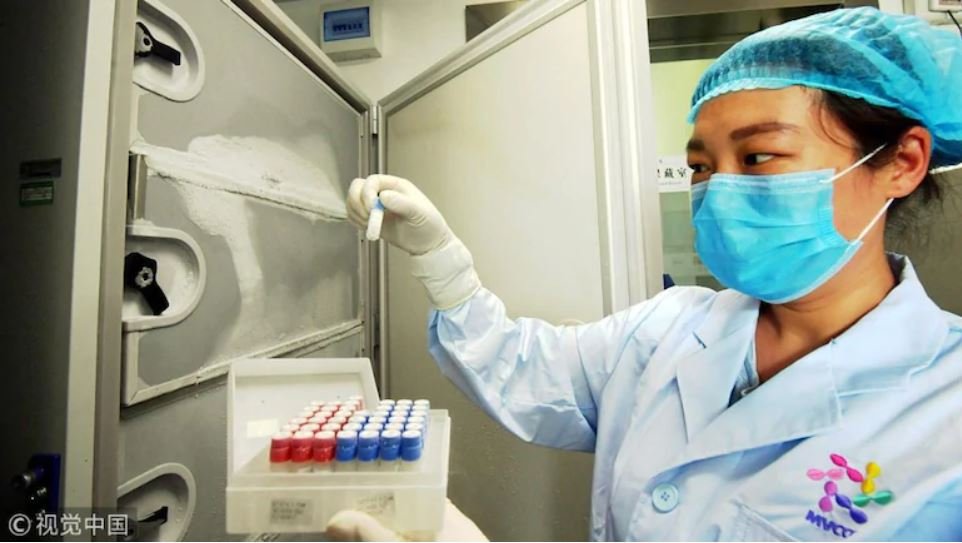 According to a document obtained by US investigators, US investigators say that China Was Preparing For WW3 to be fought with biological and genetic weapons including coronavirus for the last six years.

A document titled The Unnatural Origin of SARS and New Species of Man-Made Viruses as Genetic Bioweapons, written by Chinese scientists and Chinese public health officials in 2015, discussed the weaponization of SARS coronaviruses. It postulates a World War III scenario fought with biological weapons.

The paper describes coronavirus as a “new era of genetic weapons,” and details how coronaviruses can be “artificially manipulated into an emerging human ­disease virus, then weaponised and unleashed in a way never seen before.”

Evidence that Beijing considered the military potential of SARS coronaviruses from 2015 raised fresh fears over the cause of Covid-19.

The dossier by People’s Liberation Army scientists and health officials examined the manipulation of diseases to make weapons ‘in a way never seen before’.

MP Tom Tugendhat, chairman of the foreign affairs committee, said: ‘This document raises major concerns about the ambitions of some of those who advise the top party leadership. Even under the tightest controls these weapons are dangerous.’

Chemical weapons expert Hamish de Bretton-Gordon said: ‘China has thwarted all attempts to regulate and police its laboratories where such experimentation may have taken place.’ The revelation from the book What Really Happened in Wuhan was reported yesterday in The Australian.

The document, New Species of Man-Made Viruses as Genetic Bioweapons, says: ‘The new-found ability to freeze-dry micro-organisms has made it possible to store biological agents and aerosolise them during attacks.’ It has 18 authors who were working at ‘high-risk’ labs, analysts say.

According to a Politico article published in March, one United States official had said, “If there was a smoking gun, the CCP [Communist Party of China] buried it along with anyone who would dare speak up about it… We’ll probably never be able to prove it one way or the other, which was Beijing’s goal all along.”

But according to Peter Jennings, executive director of Australian Strategic Policy Institute, this newly uncovered document may be as close to a “smoking gun” as we have.

“I think this is significant because it clearly shows that Chinese scientists were thinking about military application for different strains of the coronavirus and thinking about how it could be deployed,” said Jennings.

Jennings added, “It begins to firm up the possibility that what we have here is the accidental release of a pathogen for military use.”

The document would also explain why China was reluctant to cooperate with investigations on the virus’s origin.

“If this was a case of transmission from a wet market it would be in China’s interest to cooperate… we’ve had the opposite of that.”

Robert Potter, who works as a cybersecurity specialist analyzing the Chinese government said, the document definitely is not fake.

“We reached a high confidence conclusion that it was genuine … It’s not fake but it’s up to someone else to interpret how serious it is,” Potter stated.

Potter stated that it is unlikely the virus escaped from a lab.

“It emerged in the last few years … they (China) will almost certainly try to remove it now it’s been covered.”

Earlier Wuhan Scientists defected to west and have revealed a lot of information to the Intelligence Agencies. As per the reports, Scientists from the Wuhan virus lab have ‘defected’ to the West, revealed senior Trump ally Steve Bannon – as FBI gathered evidence that Chinese Coronavirus pandemic was caused by the Chinese.

Experts from the Chinese laboratory at the centre of global suspicion over the coronavirus pandemic have ‘defected’ and are in the hands of Western intelligence, the architect of Donald Trump’s presidential victory had claimed.

Steve Bannon, who was Trump’s White House chief strategist and retains close links to the administration, told that spies were building a case against Beijing on the basis that the global pandemic had been caused by a leak from the Institute of Virology in Wuhan and that the subsequent cover-up had amounted to ‘pre-meditated murder’.

However after Biden won the elections with accusations of massive election frauds, the fate of the US investigation based on the information gathered from the defected Wuhan scientists is not known.

As a result of this collaborative efforts of the people and organizations, the public has been largely removed from the truth about the Chinese Virus COVID-19 and SARS-CoV-2, which has led to misjudgments, delayed actions, and greater sufferings of the global community and that has killed over 3.27 Million people already worldwide.

New Research Exposes a lot of evidences against China.

World Health Organization (WHO) with connivance of China earlier said that COVID-19 was most likely of animal origin, which crossed over from humans to bats. Director of public health pathology Dominic Dwyer, who acts as a representative for the WHO, went to the wet market in Wuhan, where one theory states the virus originated. He said the wet market might not be the source of the virus.

“The market in Wuhan, in the end, was more of an amplifying event rather than necessarily a true ground zero. So we need to look elsewhere for the viral origins,” Dwyer said.

One of the critical worries from a United States senior administration official was that, “This was just a peek under a curtain of an entire galaxy of activity, including labs and military labs in Beijing and Wuhan playing around with coronaviruses in ACE2 mice in unsafe labs … It suggests we are getting a peek at a body of activity that isn’t understood in the West or even has precedent here.”

The way the sudden 2nd and 3rd waves are hitting different countries after flattening the curve, there is a growing belief in the general population that China may be using its agents in different countries spread the virus as China now may be experimenting with air borne version of the Chinese corona virus that spreads fast. However, as yet there is no evidence to suggest it was intentionally released as the security agencies are too busy in the relief work that they have no time to investigate how it is being spread. General accusations are made on large gatherings on religious congregations or political rallies but agencies in different countries could not find the super spreaders like they identified during the first wave through contact tracing.

People are questioning why Only Wuhan in China was impacted and Why Beijing and Shanghai are still not impacted when people are dying in all countries? People accuse china of sending Human Bio-Weapon Bombs infected with Chinese Corona virus that started the first wave worldwide. Now People believe that China has used a different means of spreading the Chinese corona virus that is more dangerous and using its media clout to name it as different strains on the basis of the countries where they are found rather than calling it to be a variant of the original Chinese Wuhan Corona Virus.

The belief of the general population in different countries is that China want to be super power. China wants to Invade Taiwan and by starting this Bio-Warfare by releasing the Chinese Corona Virus on all the countries, China has brought the economic activity world wide to a standstill and all the countries who could stand up against China are busy taking care of the infected and working on the health facilities. That gives China windfall profits as China had already monopolize the manufacturing industry that produced critical medical instruments that were needed to fight this global Bio-Warfare. In that process, China is already earning Billions of $$.

In such a situation, if China invades Taiwan and if some of the countries join US alliance against China in the war, the leftist media that is already pocketed by China and the leftist ecosystem China has helped create in different countries will rally mass protests against the ruling governments in all allied countries to pressurize their governments to work towards strengthening healthcare facilities and prevent deaths at home due to corona rather than let more people killed in the war against China to defend Taiwan.

China has already killed more than 3.27 Million people world wide. China has also started a second an third wave of Chinese Corona Virus attacks on all the countries that oppose China. How long the International community will take before they all unite to take punitive action against the Bio-Terrorist China?

Bio-Terrorist China continues to earn Trillions of $ through pandemic profiteering. Why are the countries still allowing China to earn blood money over the dead bodies of millions?