Kohistan Attack – Who were The Perpetrators? 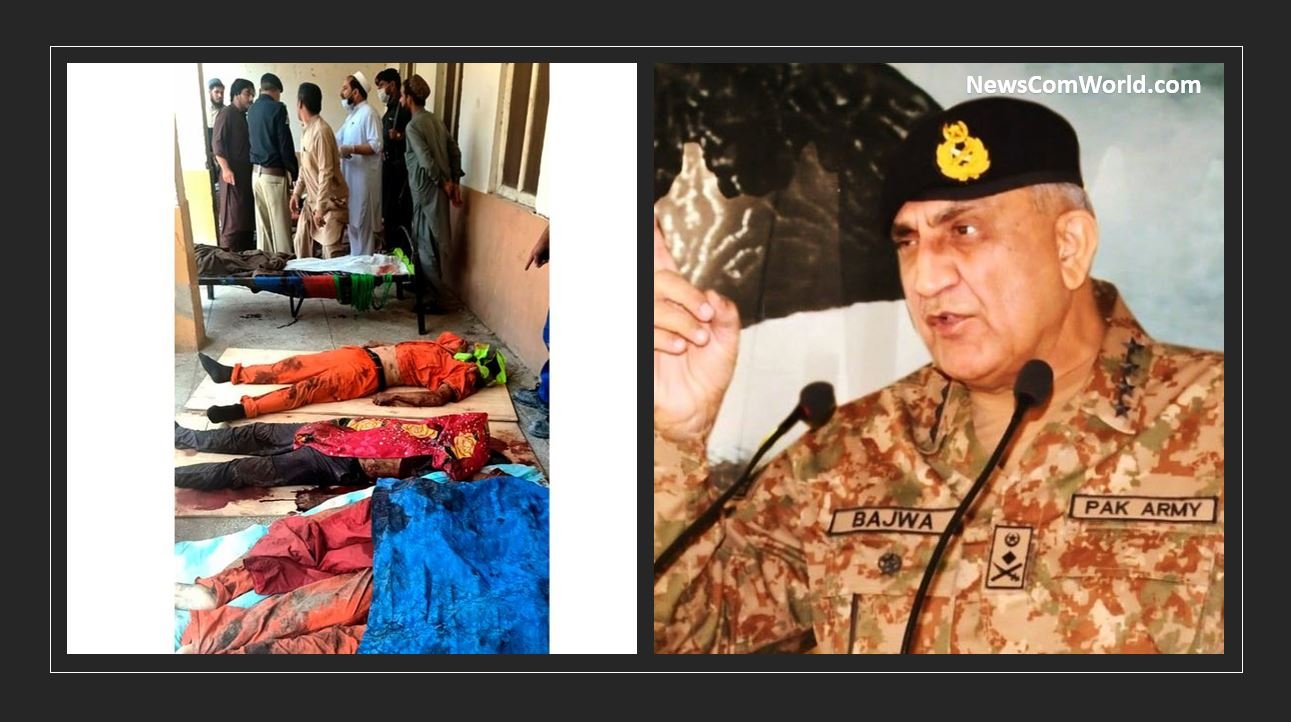 Kohistan Attack – Who were The Perpetrators? A day ago, Thirteen people, including nine Chinese nationals, two personnel of the Frontier Constabulary (FC) and two locals, were killed and 28 others sustained injuries when a coach carrying them to an under-construction tunnel site of the 4,300-megawatt Dasu hydropower project fell into a ravine in the Upper Kohistan area after an explosion on Wednesday 14-July 2021.

5 critically injured Chinese engineers (injured in Kohistan Bus Accident/blast) have been airlifted to Rawalpindi military hospital. Another 11 in Military hospital in Gilgit & 7 in CMH Skardu in Pakistan Occupied Gilgit Baltistan. Total of 23 Chinese were wounded.

According to eyewitnesses, three vehicles were on their way to the Dasu dam site in a convoy after picking up Chinese labourers in the morning from Barseen camp — some eight kilometres from Dasu district headquarters of Upper Kohistan — via the Karakoram Highway when the blast occurred.

“Initial investigations into Dassu incident have now confirmed traces of explosives, terrorism cannot be ruled out, PM is personally supervising all developments, in this regard Govt is in close coordination with Chinese embassy we are committed to fight menace of terrorism together,” he wrote on Twitter.

His statement came a day after Foreign Minister Shah Mahmood Qureshi told his Chinese counterpart that preliminary investigation into the incident revealed it was not a consequence of a terrorist attack, according to a statement on China’s foreign ministry website.

Qureshi had met Chinese foreign minister, Wang Yi, on the sidelines of the Shanghai Cooperation Organisation-Council of Foreign Ministers in Dushanbe on Wednesday.

In the meeting, the statement added, Yi stressed the immediate arrest of and severe punishment for perpetrators in case the incident was a terrorist attack.

Qureshi, however, said the initial probe showed that the incident was not a terrorist attack.

“He [Qureshi] said preliminary investigation shows that it’s an accident and no background of terrorist attacks has been found,” the statement read.

According to the statement, Yi urged for a probe into the incident and told Qureshi that “the Chinese side is shocked by the serious Chinese casualties in Pakistan today (Wednesday), hoping that the Pakistani side could quickly find out its cause, conduct rescue and treatment work at all costs, deal with the aftermath in time, and prevent similar incidents from happening again”.

After refusing to accept the terror angle, Pakistan’s Fawad Chaudhary declared that it’s a terror incident. Kohistan sits just across Pakistani Occupied Kashmir and is one of the main launchpads of terrorist infiltration into India(project a map here). In this regard, one may want to ask who are those terrorists who attacked the Chinese – and in an area teeming with ISI, Pakistani military and their terrorist affiliates, it is incomprehensible than an outsider can conduct a terror attack.

As per sources, it could be a dispute on non-payment of kickbacks a deja-vu of 2002 killing of 11 French engineers in Karachi on France’s failure to pay a commission for the sale of submarines to Pakistan. https://amp.france24.com/en/20090619-probe-french-engineers%E2%80%99-killings-focuses-submarine-money-?__twitter_impression=true

Could this be crime be committed by Pakistan Intelligence Agency ISI and Pakistan Army for non-payments on kickbacks? Was the hugely popular Brigadier Naeem sacked because he refused to attack the Chinese?

China is trying to construct a road via Wakhan Corridor for direct access to Afghanistan. This road means loss of revenue for Pakistan for goods in transit to Afghanistan from China.

Bordered by China, Iran, Pakistan, Tajikistan, Turkmenistan and Uzbekistan, the Islamic Republic of Afghanistan lies at the very heart of Asia. Home to more than 32 million people, a quarter of its population lives in large urban centres such as Mazar-e Sharif (pictured), located 320km north-west of the capital Kabul.

Some 600km to the east of Mazar-e Sharif, the Wakhan Corridor (pictured) is a world apart from the rest of the country, both culturally and geographically. This 350km-long panhandle, in the region of Badakhshan, sits at the convergence of three of the world’s major mountain ranges: the Hindu Kush, the Karakoram and the Pamirs – known as the Pamir Knot.

Also to note is the fact that a hugely popular Brigadier, ISI’s sector commander for Pakistan Occupied Kashmir (Brigadier Naeem) is unceremoniously disgraced in the same region just a few days ago. It makes one wonder if this is a revenge attack in return for the treatment meted out to the Brigadier. Or was it a case that he refused to carry the attack and was dismissed? On a side note, it is important to note that there is some thought over reaching Afghanistan directly through Wakhan Corridor and this can seriously hamper Pakistani control of Taliban and Afghan economy.

While dealing with Pakistan, China needs to consider that China cannot bypass Pakistan and deprive Pakistan of any kind of revenue. For kickbacks, bomb explosions, orchestrated terrorist attacks are not alien strategies to Pakistan Intelligence Agency ISI and Pakistan Army.

Also China should note that Pakistan is a bankrupt country and putting in Billions of USD into a bankrupt terror producing country that has no means of repaying the loans, this bus accident/attack may be the first of many attacks targeting Chinese citizens to scare China off Pakistan in the event of non-payment of Chinese Loans.