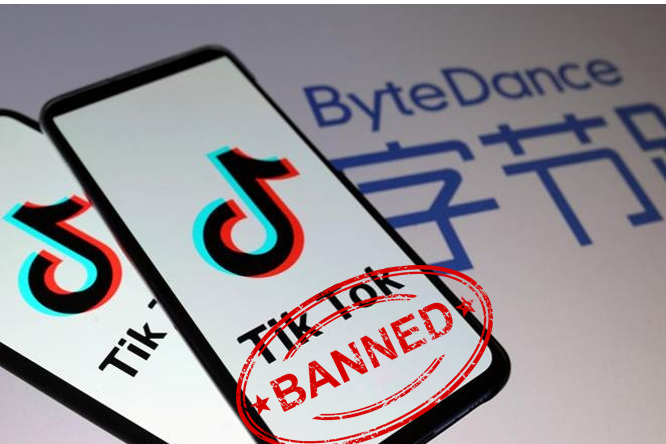 Here is the Press Release from Government of India, Ministry of Electronics and IT issued on 29th June 2020.

Here is the complete list of the Chinese Mobile Apps banned by the Indian Government.

PLA Unit 614xx a very secretive unit of 3PLA has been set up specifically to propagate Anti India narrative on a War Scale. It’s location and unit strength are highly classified. It is so secretive that only few people within the Global Intelligence community know about its existance.

It is one of China’s secret weapon for 6th Generation warfare. More lethal than a Nuke. It is modelled on similar tactics of Mao’s cultural revolution to take over the world.

Unknown users are given blue ticks and massive likes on their content to make them trend. And become popular.

Apple recently has fixed a serious problem in iOS 14, due in the fall, where apps can secretly access the clipboard on users’ devices. Once the new OS is released, users will be warned whenever an app reads the last thing copied to the clipboard.

One of the apps caught snooping by security researchers Talal Haj Bakry and Tommy Mysk was China’s TikTok. Given other security concerns raised about the app, as well as broader worries given its Chinese origins, this became a headline issue.

With the release of the new clipboard warning in the beta version of iOS 14, now with developers, TikTok seems to have been caught abusing the clipboard in a quite extraordinary way. So it seems that TikTok didn’t stop this invasive practice back in April as promised after all.

Anti CAA Support, Love Jihad, Support for Terror, Rape, and cultural degeneration have been massively promoted to influence and destroy India’s youth and build a slow and massive anti-India narrative. TikTok, popular in smaller towns, has been found to be instrumental in fanning communal tension and riots in several parts of India.

The same tactic is being used across the world, in other countries as well.

Moreover the app can spy on a users data and behavior and phone. Bringing China’s intelligence agency into every home inside India.

As per users from India, “try uploading any video appreciating Indian army and these videos are immediately taken down citing community guidelines. Whereas videos promoting a narrative which shows India in a bad light are boosted.”

The role of Chinese internet companies and the Chinese funds from have been a source of trouble in India. particularly at a time when the eastern neighbor has turned hostile.

TikTok IPO is bound to fail

Many investors are skeptical of an IPO. The company might not be worth its lofty valuation. ByteDance is an investment unicorn and one of the highest-valued startups in the world. Private investors have valued it at as much as $78 billion.

That makes it one of the most valuable startups in the world. So what investor wouldn’t want to get their hands on a TikTok IPO.

The trade war between China and the U.S. is also a big factor in the TikTok IPO decision. ByteDance is a Chinese company. As tensions rise, everyone gets more suspicious of each other. TikTok is no exception.

Other Apps that are banned

Besides Tik Tok there are 58 other Chinese mobile apps. One of them is Cam Scanner. As per sources, Cam Scanner collects all credit card /passport data and all confidential documents if they are scanned via Cam Scanner. A copy is sent to Chinese servers and Chinese CCP hackers would have all the information waiting to be exploited.

Another application is the Virus Scanner. As per Software Industry sources, the Chinese Anti-Virus software is the most dangerous product. Industry sources do not have the source code to examine the product. However these antivirus can be misused to deploy Trojan horses in all Mobile phones that can send all the critical data including all username and passwords, bank data and all confidential information including social security number to the Chinese CCP servers.

As per sources, “if a Chinese company says that they are not working under the control of the Chinese Government and are totally Independent, NEVER BELIEVE THE CHINESE. Every Chinese company by law is obliged to share all the user confidential information to the Chinese CCP as and when called for. There is no confidentiality agreement respected by any Chinese APPs or softwares. User data is at stake always

Earlier during the first week of June 2020, The Home Ministry has come up with the advisory with inputs from several intelligence agencies like the Research and Analysis Wing (RAW) and National Technical Research Organisation (NTRO). Army personnel have been asked to immediately uninstall the 42 mobile apps as well as format their smartphones. It is not the first time that the Indian government has flagged Chinese apps under doubts of espionage. In 2016 itself, the center had issued another advisory which asked people to refrain from using Chinese origin applications as well as smartphones made in the neighboring country. Additionally, a while back, even some internet modems were listed with suspicion of malicious activities of the gadgets.

Most of them mentioned in the list are anti-virus or web browsing apps. The circular has advised that all the officers and personnel should not use the apps for both official and personal purposes.

As per a person we spoke with in India said, “Whether banning these apps will have any financial impact on China or not is immaterial. What is more important is that at a time when we have hostility between the two countries and China is threatening India on a daily basis, we should not install any Chinese applications that have the potential to risk confidential data to be misused by China.”

In our previous article Use Your Wallet Power to stop Chinese Aggression: Sonam Wangchuk also we covered in details as Noted innovator and Ramon Magsaysay and Rolex Awards winner Sonam Wangchuk appealed people to boycott everything “made in China”.

With this bold Initiative, India has set precedence and many more friendly countries that are also facing hostilities and aggression from China, can follow the suit and ban the Chinese apps.

With the kind of aggression Chinese CCP mouthpiece Global Times News and its editor are showing against different countries, will more countries including the US, Europe, Australia, South China Sea Countries also take similar bold decisions?