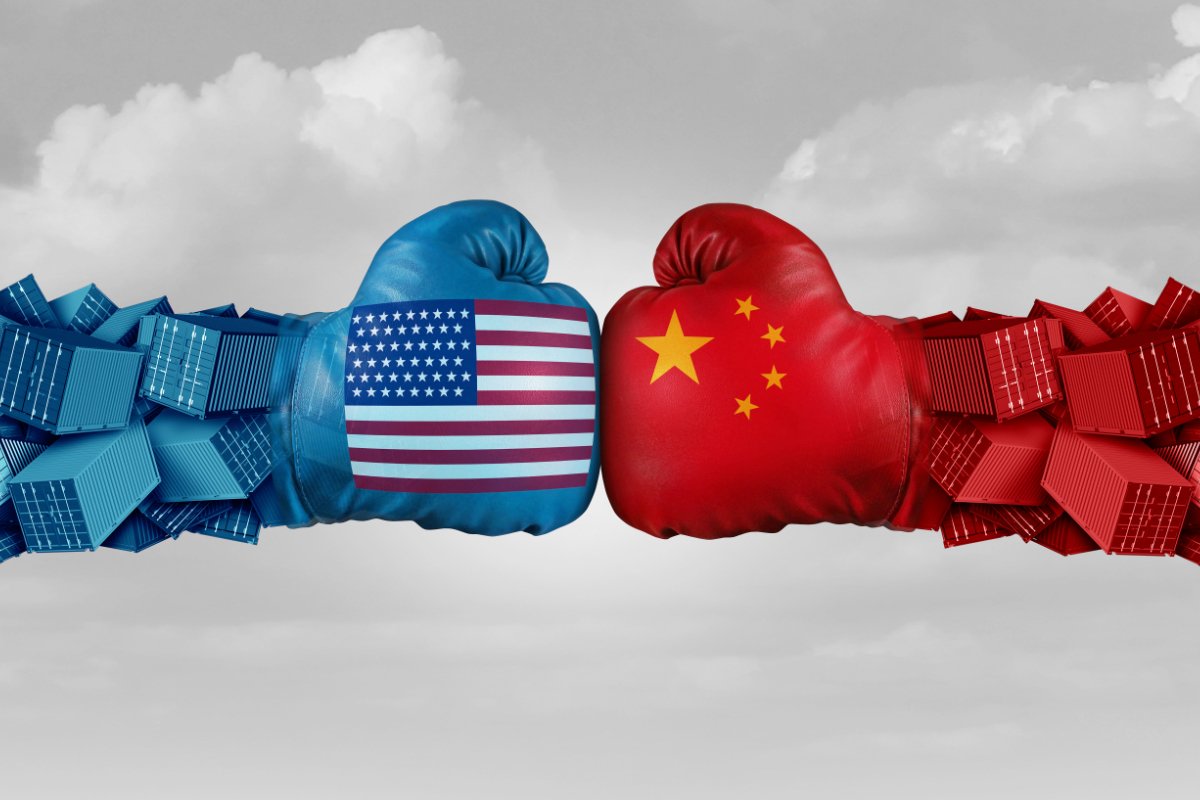 Chinese Hypocrisy can be gauged from the Fact that China has banned Google, Facebook, YouTube and Twitter in China however it is threatening India of WTO complaint for banning 59 Chinese mobile apps including TikTok.

China calculated this loss as $6 Billion by mere banning TikTok. Loss to other Chinese companies that owned other 58 applications is not known at this moment. Communist Chinese CCP mouthpiece tweeted and accepted the loss.:-

China is rattled why Indian Government got involved in corporate disputes. This Chinese argument itself is an example of Chinese Hypocrisy.

Question exposing Chinese Hypocrisy that arises is, Why did China ban Google, Twitter, Facebook, YouTube in China and why did Chinese Government get involved? If you can find the answer to this question, apply the same to India banning 59 Chinese Mobile apps including TikTok and Indian Government got involved.

China’s mercantilist state systematically discriminates against foreign products and foreign producers in China while forcing foreign companies to hand over their intellectual property (IP) as the price of access to China’s large and growing market. China engages in widespread cheating in its trade practices, including not only high tariffs, domestic content requirements, and other traditional forms of protectionism, but also rigged regulations that erect trade barriers by favoring Chinese companies and outright theft of foreign IP. And, Trump and his trade cohorts say repeatedly, there is virtually nothing the United States can do under current WTO rules to stop this predatory Chinese behavior.

Leading administration officials have referred to the WTO’s “abject failure to address emerging problems caused by unfair practices from countries like China” and its “inability to resolve disputes, limit subsidies or draw China into the market status that was envisioned when China joined the WTO”; and they have declared that the WTO “is not equipped to deal with [the China] problem.” Since Trump became president, the United States has pursued only one new WTO complaint against China (although it has continued to litigate some cases brought by the Obama administration). According to the U.S. Trade Representative’s Office (USTR), in a report issued in January of 2018, “The notion that our problems with China can be solved by bringing more cases at the WTO alone is naïve at best, and at its worst distracts policymakers from facing the gravity of the challenge presented by China’s non-market policies.” A recent report by the USTR has gone so far as to call China’s entry into the WTO in 2001 under the terms adopted at that time a mistake.

Even some scholars with no allegiance to Trump have their doubts about the sufficiency of WTO rules and the capacity of the WTO as an international institution to confront the unique challenge of an economy like that of 21st-century China. Harvard Law professor and former USTR official Mark Wu has written that “the WTO is struggling to adjust to a rising China” because of “China’s distinctive economic structure.” He notes, “The WTO dispute settlement system has effectively resolved certain disputes and will continue to do so,” but “the system has its limits.” He adds, “Overall, I contend that without major change China’s rise, should it continue, will contribute to a gradual weakening of the WTO legal order.”

China’s rise poses a unique challenge to the WTO-based world trading system, and there are limits to what can be done to counter China’s mercantilist and protectionist practices under existing WTO rules through dispute settlement

Uncovering China’s WTO violations is challenging but it can be done, and many potential complaints have been overlooked, in particular in relation to intellectual property protection, forced technology transfer, and subsidies.

Through its “Made in China 2025” industrial policy, China, it is said, has set out clear goals for its eventual expansion into, and domination of, many advanced high-tech industries, such as robotics, advanced information technology, aviation, and new-energy vehicles.8 There is widespread, increasing, and legitimate concern in the United States that Americans will suffer as a result, as our own industries are harmed by unfair Chinese competition, and as Americans have to rely more and more on China for products, with a potential risk to our national security. Beyond this, the current American conventional wisdom seems to suggest that China’s economic rise may contribute to the decline of the United States.

Part of the problem right now may be the limited number of enforcement actions taken against China. There have been some WTO complaints, but a wide range of Chinese practices that are supposedly of concern have not been challenged at the WTO. The lesson China might be drawing is that if its practices are not challenged it is because the rest of the world tacitly accepts them. Hence there is a compelling need to challenge Chinese actions when they are unfair to foreign products and foreign competitors in the Chinese marketplace and beyond.

The US has often complained that China’s state-owned companies receive handouts from the government and preferential treatment from state banks and other government entities, making it difficult for foreign companies to compete with them.

The office of the US trade representative said the report “recognizes that the United States has proved that China uses State-Owned Enterprises (SOEs) to subsidies and distort its economy”.

U.S. Ambassador Dennis Shea said China was using the WTO to promote “non-market” policies, which had distorted world markets and led to massive excess capacity, especially in steel and aluminum.

“Rather, what threatens the international trading system is that China is attempting to use the WTO dispute settlement system to prevent any action by any Member to address its unfair, trade-distorting policies.”

Chinese economic policy depends on maintenance of a strategy of aggressive exports and carefully restricted foreign access to its home market. They systematically violate internationally recognized workers’ rights, and it’s a strategically necessary component of that policy.

Chinese labor activists are regularly jailed or imprisoned in reeducation camps for advocating free and independent trade unions, for protesting corruption and embezzlement, for insisting that they be paid wages that they are owed–the so-called arrearage problem–and for talking to journalists about working conditions in China.”

In 2006, first major hearing ever on Internet freedom was held in response to Yahoo’s turning over the personally identifying information of an email account holder named Xier Tao to the Chinese Government, who tracked him down and sentenced him to 10 years for sending abroad emails that revealed the details of the Chinese Government’s press controls.

At that hearing, Yahoo, Google, Microsoft, and Cisco testified as to what we might ruefully call their worst practices of cooperation with the Internet police of a totalitarian government, by China. Since then, China has further transformed what should have been a Freedom Plaza to Big Brother’s best friend.

Chinese and Hong Kong Police brutality on protesters in Hong Kong is well known to everyone in recent days. China imposing its security laws would mean more Tech companies will have to share user information with Communist Chinese CCP regime. Check our previous article Hong Kong No Longer Autonomous From China: Mike Pompeo

The technologies that the Chinese Government uses to track, monitor, block, filter, trace, remove, attack, hack, and remotely take over the Internet activity, content and end users has exploded.

Recommended Article: Legislation To Recognize Hong Kong as a separate, Independent Country Introduced In US Congress

Exposing Chinese Hypocrisy : How is China doing by WTO standard

So how is China doing by WTO standards? Awful. China has agreed to abide by the WTO principles of non-discrimination and transparency, however, U.S. exporters face many barriers when trying to sell products to China, starting with customs delays and other problems at the border. Those problems extend into China’s markets.

Companies in the large and growing state-owned sector operate under a set of policies that favor Chinese producers. Also, it is extremely difficult for our companies to access government procurement.

Some of these barriers are obvious, such as China’s indigenous innovation policy, which has created strong incentives to condition market access on the transfer of valuable technology, contrary to WTO rules. There is no reciprocity–not strictly speaking a WTO requirement, but certainly a principle underlying the WTO. It is much more difficult for American companies to access the Chinese market than it is for Chinese companies to reach buyers in the United States. Even China’s Internet censorship serves to keep American products and services out of the Chinese market, blocking access to China and U.S. Web sites, in many cases.

China’s record of protection of intellectual property rights, a fundamental WTO obligation, is abysmal. Infringement of our companies’ intellectual property [IP] leads to lost sales to China from the United States and other countries, lost royalty payments, and damaged reputations, and presents a risk to consumers here and in China of unwittingly buying counterfeit pharmaceuticals or unsafe, fake products.

Due to these practices, trade deficit in China’s favor has tripled over the past 10 years. It also has come at a cost to the credibility of the WTO itself, raising the question: Is China killing the WTO? Given China’s state capitalism and poor governance, the impact of China’s failure to comply with WTO norms is compounded by the WTO’s relative inability to deal effectively with a mercantilist state-directed economy such as China’s. The WTO presupposes transparency and rule of law. These do not exist.

At the time it joined the WTO, China made many promises. Chinese leaders pledged to reduce trade barriers and open up markets. They promised to increase transparency, to protect intellectual property rights, and to reform their legal system. China’s supporters, from CEOs to Members of the House and Senate, to editorial writers, argued that WTO membership would bring human rights and freedom and the rule of law into China.

Yet after 20 years it is clear that China is not living up to its promises or to the expectations, as unrealistic as many of us thought they were, or the expectations of its supporters. Far from becoming freer, the Chinese people are burdened with limited rights to basic freedoms of speech, religion, and assembly, and it’s getting worse.

Not only did WTO not bring freedom and democracy to China, it so certainly didn’t bring fair trade either. Instead, China has flouted WTO rules, rules which they said they would accept under the rule of law, and gamed the system to its unending advantage.

The most damaging of China’s unfair trade practices is its currency manipulation. By deliberately holding down the value of its currency to boost exports, China has built the largest trade surplus in history, to the detriment of the United States and other trading partners. Currency manipulation provides an unfair subsidy to Chinese exports of up to 40 percent, by the estimate of some economists.

China “appears to be breaking WTO rules by denying foreign patent holders, including U.S. companies, basic patent rights to stop a Chinese entity from using the technology after a licensing contract ends,” according to the U.S. complaint.