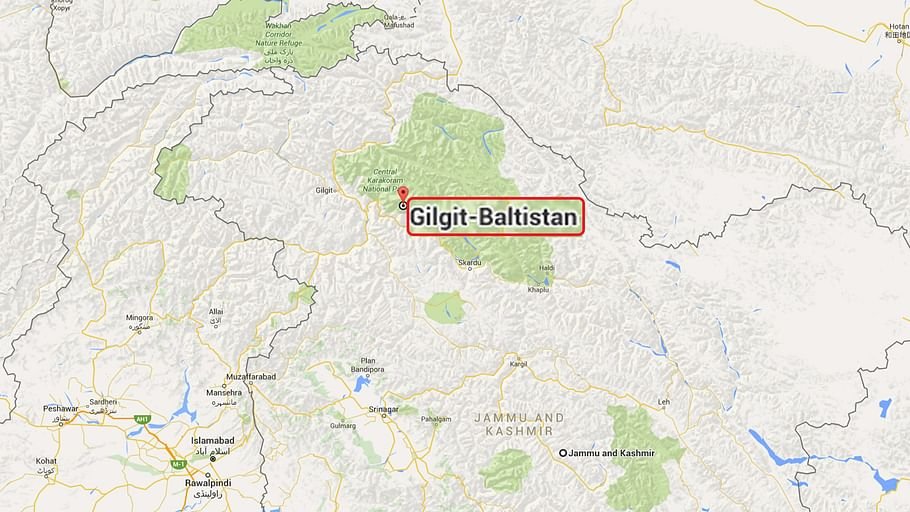 The ruler of the Princely State of Jammu and Kashmir acceded to India in 1947 while adhering to the British constitutional mechanism for Subcontinent’s partition. His decision became an excuse for the newly-sired Pakistan to occupy Gilgit and Muzaffarabad districts. Sensing Pakistan’s vacillation on withdrawal, the representative of the United Nations Commission for India and Pakistan warned that the illegal presence of Pakistani troops and Islamic mercenaries posed grave threat to life, honour and assets in Pakistan Occupied Jammu and Kashmir (PoK) and delayed a peaceful settlement on Kashmir.

As if trying to fulfill this prophecy, Pakistan with its seven-decade long colonial approach has reduced the inhabitants of PoK into disenfranchised subjects. The policy to maximize strategic gains from issue of Kashmir has motivated the military oligarchy to lease PoK to Islamic Jihadi outfits, which sets major impediments to socio-economic sustainability and casts long shadows over democracy and civil liberties.

Kashmiri Women Used as Sex-Slaves in the Name of Jihad

During an interview, Nasir Aziz Khan—the spokesperson of United Kashmir People’s National Party—revealed that many jihadi outfits sustain their operations in PoK by managing sex rackets. While referring to the recent video leak of Syed Zameer Bukhari, chairman of Al-Muhafiz Foundation, Aziz informed that Bukhari was affiliated with Hafiz Saeed’s Jamat-ud-Dawa. Bukhari used the foundation’s office space in District Bagh to souteneur local girls to government officials. As per Aziz, the Pakistani secret service agents and local ministers have thrown their weight behind Bukhari to halt judicial prosecution.

The terrorists who wage jihad in the name of liberating Kashmiris from the clutches of Indian control use Kashmiri women as sex-slaves. Recently Indian police raided a Jihadi hideout in Kashmir and recovered steroids, sex pills, contraceptives and pornographic material. One female rape victim told the media that a member of Jaish-e-Muhammad outfit, which rules the roost in that locality, kidnapped her from her house in broad daylight.

Justice becomes a distant dream for rape victims in a warzone like PoK where rapists use political connection and collaboration with the military establishment to secure immunity. Sofia Bano was gang-raped in the hometown of the Prime Minister of PoK. Sofia said that the rapists were related to the PM. Her husband received death threats and eventually abandoned the case as they couldn’t afford to expose the family to prolonged dangers.

Another victim of gang-rape from Chehla Bandi said that she was raped by members of ruling party, Muslim League, who have since created hurdles for the police to halt the case.

A gang-rape victim from Hussainkot said that her family chose honor over justice. One of the rapists, a policeman from her neighborhood, filmed the incident to extort money and the family paid him for his silence.

A large majority of families cannot afford to face the ordeal as their daughters would become “unmarriageable” and fail to find suitable husbands. Such girls also face daunting challenges to continue education or find jobs. In addition, the families risk losing social status, assets or businesses for confronting the high-powered culprits. Some families even get ostracized and eventually migrate to other towns to avoid shame and revenge.

Sexual Assault in Bunkers is an Epidemic

Jalaluddin Mughal is a local journalist from PoK who wrote a feature on molestation and rape in the security bunkers. Many of these bunkers were constructed in the 1990s by the Islamic Relief Foundation which retains ties with the global Muslim Brotherhood movement. Raja Saeem Manzoor, a political activist from Chikar, informs that one needs military clearance to construct and manage such bunkers where women take shelter at night during mortar-fires from the Indian side of Kashmir.

Mr. Manzoor revealed that sexual assault in bunkers is an epidemic that no one mentions.

Many times the rapists are soldiers who get away with the crimes since police and civil courts have no authority to pursue cases against military personnel. Further, emboldened by their relationship with the military, the bunker owners also demand sexual favors from women in exchange for security.

Women of PoK are caught between a rock and a hard place. There is risk to life for staying at home during the shelling and risk to honor for spending nights in these coop-sized unlit bunkers, says Sajjad Raja, who chairs Kashmir’s Equality Party, and currently resides in Manchester, UK. “Speaking up against sexual assaults is a double whammy. Why risk losing a spot in the bunker by embarrassing the owner when there is no hope for justice due to owner’s political clout”, asks Raja.

PoK Women Live to Tell the Tale And Suffer

Anam Zakaria in her feature in Daily Dawn mentions two local women Mehnaz and Nasreen who decided to make the painful choice of staying inside their homes during shelling. Nasreen told Zakaria that she once made the mistake of dragging her children to find safety in the bunker. There, an older man raped her 13 year old daughter, Ayesha. Nasreen said that the man had a knife and had threatened to kill Ayesha for speaking up. Few months later, Ayesha got pregnant and the council decided to marry Ayesha to the rapist to save her honor. Unable to handle the pain of birthing at such tender age, Ayesha hemorrhaged to death in labor. Her child also died a few months later. Zakaria mentions that many families opt to abort rape related pregnancies at home and not involve doctors to avoid social stigma which enhances risks to lives.

Amidst this gloom and doom, one gang-rape victim, Ms. Maria Tahir of District Bhimber stands tall. The unrelenting threats to life and honor failed to discourage her from exposing the rapists who have found shelter among government ministers and military officials. During a press conference in Pakistan’s capital, Islamabad, Ms. Tahir informed that rapists videotaped the vile incident to extort money, and when she refused, they kidnapped her along with her child. She says that the same gang burned another rape victim to death for speaking up.

The police while trying to protect the culprits registered defamation case against Ms. Tahir to deter from pursuing the case. The police also forced Ms. Tahir to sign documents declaring the rape as consensual sexual activity, which means she could be prosecuted for adultery. Sensing no letup in her determination, the law enforcers tortured her family and asked the village council to diffuse the matter. Ms. Tahir has written forty-two letters to the Chief Justice of PoK, and his response should shock everyone reading this article. During a conversation in the court chamber, the Chief Justice said to Ms. Tahir, “You are already married, not a virgin. You should not mind rape. Please drop the case”.

Is Pakistan Occupied Kashmir a Rerun of East Pakistan?

Ms. Tahir cannot return to PoK due to death threats. Daring rape victims like Ms. Tahir need widespread recognition or such bravery and sacrifices will be all for naught. She recently got a shot in the arm when several right-activists from different parts of the world spoke on her behalf at the spring session of the United Nations Human Rights Council.

Pakistan is signatory to the United Nation’s Convention on Elimination of All Forms of Discrimination against Women which espouses for gender equality, justice and guarantees protection to life, honor and assets.

Yet, this remains a distant dream for the people of Pakistan occupied Kashmir as rulers use sexual violence against women as a tool to prolong occupation.

PoK is a rerun of East Pakistan where local women were at the mercy of Pakistani soldiers for decades before local Bengalis sought Indian help to throw Pakistani military out. The United Nations should send members of its Committee on Elimination of Discrimination against Women (CEDAW) to PoK to find role of Pakistani officials and military-led Islamist terrorists in crimes against women. Further, the international community must help India resume control of PoK as this is the only way to establish constitutional supremacy to secure citizens’ rights and eliminate terror outfits to restore local freedoms.

(Author is a researcher and human rights advocate born in Pakistan-occupied- Gilgit-Baltistan. He was a visiting fellow to the Institute for Defense Studies and Analyses, New Delhi in 2009. He runs a Washington DC based Institute for Gilgit Baltistan Studies. He tweets at @SengeHSering.)

Must Read: Rapistan Synonym for Pakistan.