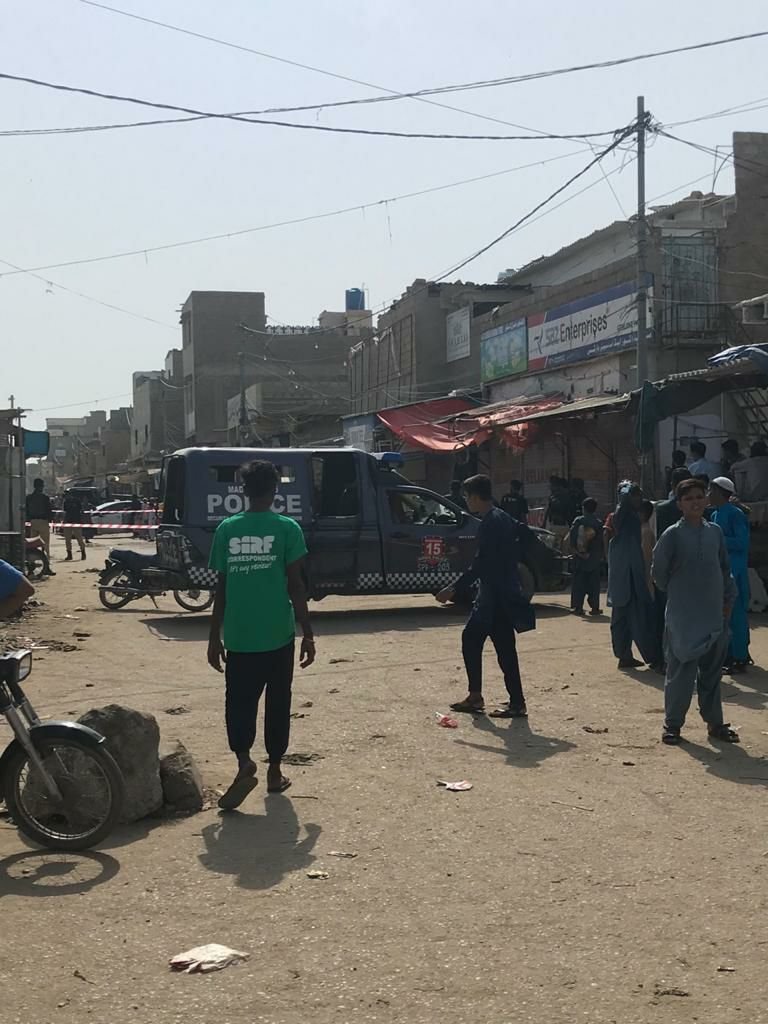 At least five people have been injured in a cracker blast near a Jamaat-i-Islami rally in Karachi, police and officials said.

Information on casualties is awaited from the other two blasts.

The blast took place near the main truck that was part of the rally in Gulshan-i-Iqbal area, a JI spokesperson said, adding that two people were critically injured.

The East superintendent of police said unidentified persons riding a motorcycle threw a grenade at the rally and fled.

A March of some Radical Groups was halted with another blast on the rail line.

August 14 is national slavery day for the Sindhi nation, the day on which Punjab imperialism occupied our land on the basis of its state force and strength. The Sindhi nation will never accept Pakistani (Punjabi) occupation and religious extremism on their land of Sindh while defending their country. The non-natural state of Pakistan has made thousands of years of history, the land, resources of Sindhi, Baloch and Pashtun. She has been looting the beach for the past 72 years. And now Pakistan is intensifying the loot by joining the imperialism of China under sepic projects and all our land, resources and coast. Wants to permanently occupy the sea and trade routes.

Against the occupation and national slavery, we all oppressed nations have to fight together and get freedom from Punjab imperialism.

The Sindhudesh Revolutionary Army repeats its determination to continue its resistance struggle till the complete independence of Sindh.

Shouldn’t Pakistan that has been burning its neighbors India and Afghanistan since last 72 years, should save its own house from fire?