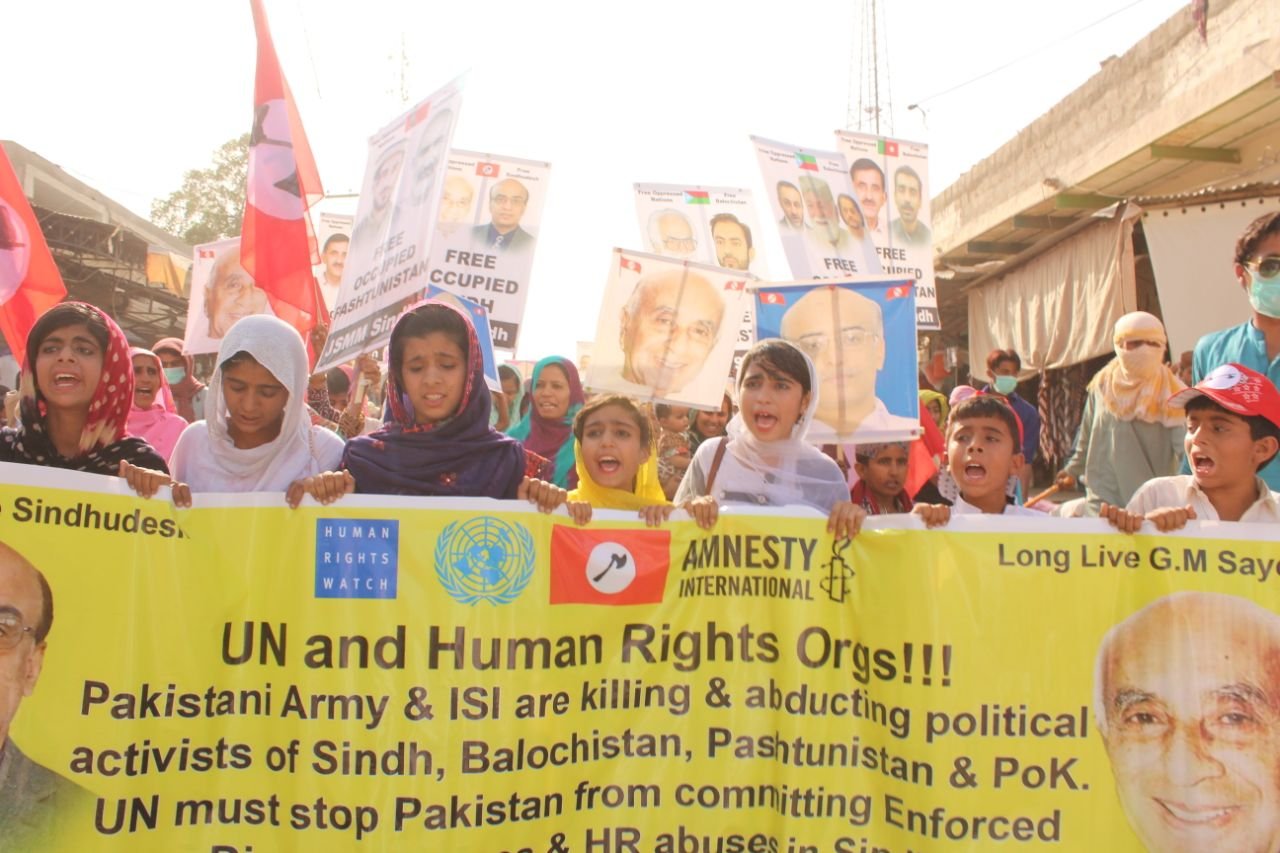 Sindhi Soldiers Refuse to Fight for Pakistan against India. With heightening tensions with India and with an assertion of Sindhi rights inside Pakistan bordering independence, we have now learnt that at least 15 high ranking officers including three brigade heads of Sindhi Origin operating on Indian border on POK have gone on leave.

Posting the screenshot as well.

This comes in the wake of Altaf Hussain warning Pakistan not to pledge Sindhi assets for the loans Pakistan is taking.

With India and China locking each other into a stalemate and with frequent emergency meetings happening involving Corps Commanders, Pakistan aims to drag itself into the fight between both the military behemoths. It is not surprising to note that Pakistan is the only country in the area of concern which hasn’t called for peace between both the countries.

Further, it is understood that Pakistan Army has already ordered the Occupied Kashmiri Territories Government to earmark 50% of hospital beds for Pakistani Army further hinting an escalation in fight. As of now, it’s not known whether Pakistan will be fighting India or will Pakistan allow the Chinese to deploy it’s troops to support Chinese war effort in Eastern Ladakh.

With an inevitable fight and with the Sindhi Officers having no stakes in the game(in fact, no Sindhi is yet appointed the Chief of Pakistani Army) and with Pakistani atrocities increasing by the day in Sindh, we have learnt that there is an increasing disaffection in Sindhis working in Pakistani Army.

We covered in our previous article Pakistan Soldier exposes Corrupt Pakistan Army: Sending Terrorist to India how Sindhis are discriminated in Pakistan Army.

A letter by a non-Punjabi soldier had exposed the rampant corruption in Pakistan Army where promotions are openly auctioned. The top officers are all relatives of Prime Minister or politicians. Biggest expose was the discrimination with non-Punjabi soldiers who were not even given any medical treatment during this Chinese Corona Virus Pandemic. The letter exposed how Punjabi officers are given preference in treatment. Punjabi Commanding Officers exercise discrimination against Sindhi soldiers by humiliating them and getting low grade jobs done by Sindhi Soldiers.

In fact, it is noticed that, after the demands for independence, Sindhis have turned aggressive, attacking Pakistani assets in Sindh. In the last week, Sindh has seen 5 bomb blasts and sources indicate that this will only escalate with time. We covered this in our previous articles:-

Attacks on Pakistan Rangers in Ghotki And Larkana in Sindhudesh: SRA

Pakistan has retaliated in the only way it knows – not by trying to endear itself to the people of Sindh but by trying to browbeat them into submission.

At least 50 Sindhi activists are abducted by Pakistani Army just in the last one week and the action of the Sindhi Officers to go on leave can be due to resentment for these enforced disappearances.

For 72 years Pakistan has illegally occupied Sindh and has always exploited the Sindhis and Mohajirs.

Punjab will block Sindh’s Water by construction of Dams in Gilgit-Baltistan and using all the water and electricity produced for Punjab. As per reports Sindh will transform into a desert by 2035 if this pace of drawing of water from Indus river by Punjab province continues unabated. There is a growing anger in all the residents of Sindh including all Sindhis and Mohajirs.