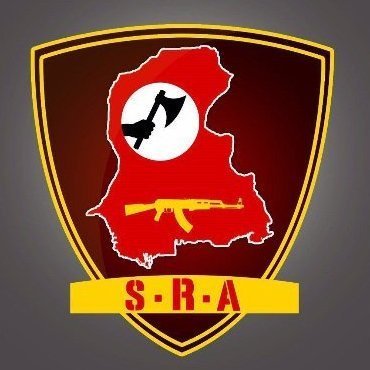 Sindhudesh Freedom Fighters group Sindhudesh Revolutionary Army (SRA) has taken the responsibility of the grenade attack on Punjabis and called for Punjabis to leave their motherland.

Posting a screenshot as well in case Punjabi Pakistan suspends the handle:-

The blast was so big that it caught the attention of the Punjabi Pakistan Government Censored News Media.

The attacks by Freedom Fighters in Sindhudesh in recent past have intensified. On 5th August there were 3 similar blasts at different locations. We covered it in details in our previous article 3 Blasts In Karachi in Pakistan Occupied Sindh By Sindhudesh Freedom Fighters

Sindhudesh is the land of all Sindhis and Mohajirs (Muslims who went to Pakistan from India during Partition in 1947) who settled in Sindh mostly in Karachi. Karachi is the biggest contributor of Pakistan GDP, however Mohajirs are still treated as third class citizens and do not have any reservations in the Government Jobs even after 72 years of making of Pakistan. Take an example of Karachi Port Trust, there is no reservation for Mohajirs for jobs while majority of jobs are reserved for Punjabis.

Sindhudesh is facing demographic change that would define its future politics as the Urdu-speaking and Sindhi-speaking population had reduced to very small percent and Punjabi speaking groups were growing in their numbers.

With economic collapse of Pakistan and precarious state of institutional corruption, movement for Independence of Balochistan Sindhudesh & Pashtunistan has gained tremendous momentum in the last few years. Large scale militarily operation by Balochistan National Army and mass protest in Shindudesh & Pashtun belt were observed, triggered by unprecedented crackdown on political activists in occupied Sindh and large scale murder kidnapping and torture of civilian population in occupied Balochistan by Pakistan army

In order to suppress the voices and hide its immoral and terrorists activities Pakistan army adopts manipulative and fraudulent methods which includes platform manipulation of various social media platforms such as facebook and twitter.

The movement for independence is only going to grow stronger and stronger and eventually gaining independence from brutal tyrannical regime of militarily dictatorship using mask of fraud democracy in Pakistan. Detailed analysis of fraud democracy of Pakistan will be explained in subsequent articles, however it is pertinent to state that the fraud committed in name of democracy in Pakistan has no parallel in history. As evident historically, life of fraud is limited, similarly the political boundaries of Pakistan are poised to change once again after 1971, grounds, situation and reasons however are still exactly the same, i.e state sponsored act of terrorism against its own civilian population by Pakistan armed forces.

Punjabi Pakistan that is so much obsessive about Indian Muslims has failed to give even job reservations to Indian Muslims who migrated to Pakistan during India-Pakistan Partition in 1947. 72 years have elapsed since the formation of Pakistan and all the Indian Muslims from the states of Uttar Pradesh and Bihar that migrated to Pakistan on Partition of 1947 are till date called Mohajirs (Migrants) and have no reservations or representation in Government or Armed Forces whatsoever. Besides the Sindhis and Mohajirs, Pakistan is also committing Genocide of Baloch, Pashtuns, Sairaiks and everyone who is non-punjabi.