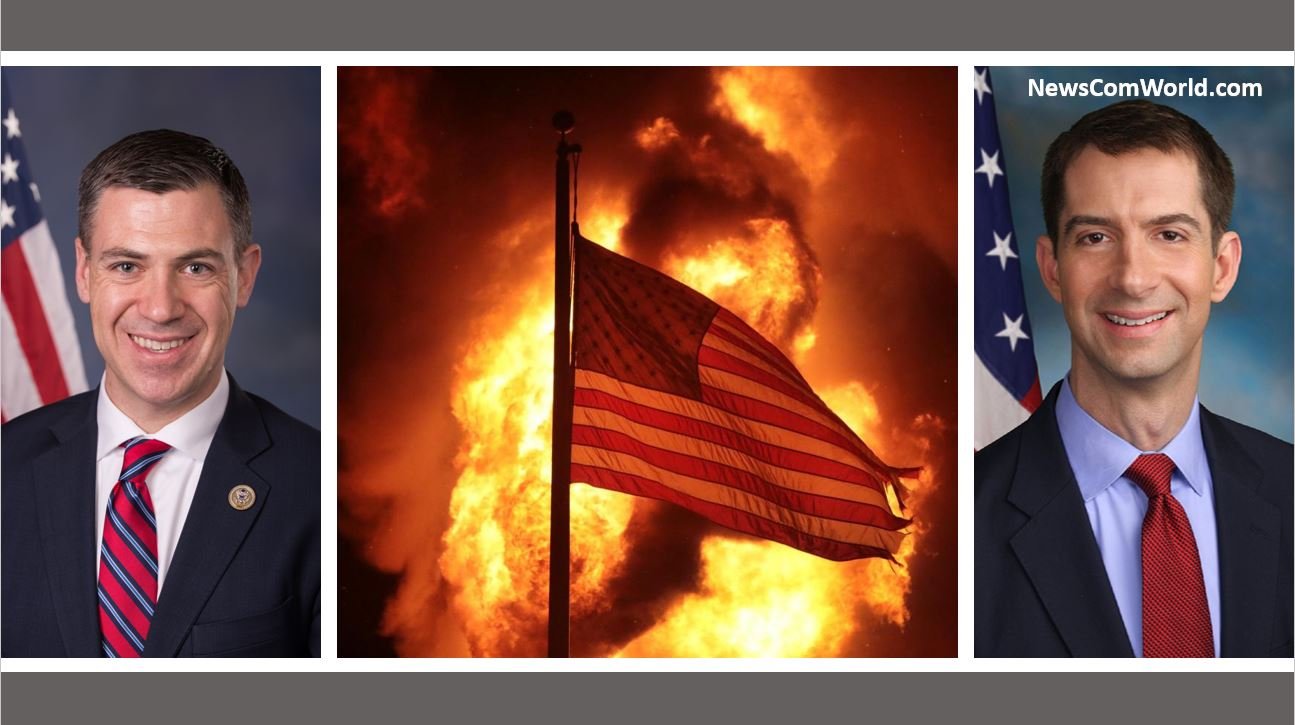 Representative Jim Banks (R-IN) introduced a Bill to disqualify anyone who chose to participate in rioting from receiving Coronavirus Unemployment Benefits. The bill is known as the “Support Peaceful Protest Act.”

“If you’re convicted of a crime that caused more manpower and law enforcement officers to deal with it, then perhaps you should be on the hook to pay for that,” said Banks.

Representative Jim Banks tweeted, “We’re paying the mob to burn down America, and I’m trying to stop it!”

“What we’re seeing happen in big cities and around the country are angry violent mobs showing up at federal properties, tearing down monuments on federal properties, especially in Washington, D.C. and it’s got to stop,” Banks continued. “What my bill would do is add new consequences to those individuals who are breaking the law.

While Banks is in complete support of peaceful protests, he said that, “We should take those tax dollars away and say that those who break the law in violent protest shouldn’t receive taxpayer dollars.”

Senator Tom Cotton (R-Arkansas) has introduced the Support Peaceful Protest Act, a bill that would make people convicted of federal offenses as part of riots ineligible for virus-related federal unemployment funds. It would also mandate that those convicted of such riot offenses face fines to help cover the cost of federal policing of these riots.

Related Article Mystery Of The Bricks Dumped At The Protest Sites

“Currently, thugs and insurrectionists savaging communities around the country are eligible for unemployment benefits, paid for by the very taxpayers whose property they’ve destroyed. The federal government should not be subsidizing looting and arson. Our bill will not only halt unemployment benefits for rioters but also fine them to help cover additional policing cost,” said Cotton.

Related Article Can A Sane Person think of “Defund The Police”? Look at Crime Data

Similar laws in other countries

In the Indian state of Uttar Pradesh, an Ordinance named ‘Uttar Pradesh Recovery of Damages to Public and Private Property Ordinance, 2020’ was passed by the Uttar Pradesh governor on Sunday, 15-March 2020, to collect damages to public property during anti-CAA riots.

The ordinance will aim at dealing with violent acts at public places, controlling its persistence and escalation and providing for recovery of damage to public or private property during strikes, riots, public commotion, violent protests..

The ordinance is yet another step taken by the state government that highlights its relentless stand against “rioters”. After anti-CAA protests in different districts of the state turned violent in December 2019, the government has been running a recovery exercise to collect damages to property. In Lucknow (Capital of Indian State of Uttar Pradesh) alone, 57 such accused have been sent notices to recover a total of Rs 1.5 crore.

In addition to this, in March 2020, in a first, the government also had put up hoardings of all these accused along with their pictures , names and addresses at a number of prominent areas in the state capital Lucknow in a bid to name and shame the accused.

Following this example, Home Minister of Indian State of Karnataka also said after Banguluru riots, “We have come to a decision as per the Supreme Court order that when such riots take place and properties are damaged, the loss has to be recovered from those who have caused the damage. I have given orders to initiate all the measures to recover losses from those who have caused the damage.”

The minister said that buses, vehicles and properties were burnt at the DJ Halli and KG Halli police station limits on Tuesday night. He said that there is media and CCTV footage which will be used to identify the rioters and recoveries will be done. We covered about Bangalore Riots in Indian state of Karnataka in our previous article India Derecognizes Pakistan Issued Medical Degrees from Indian Territories

Only way to stop violent riots that damage public properties are when the rioters are aware of the costs they and their family members would have to incure as a result of their actions. Will all the countries impose such strict costs on the rioters and their families and recover the costs from their estate and forfeiting their social security benefits?