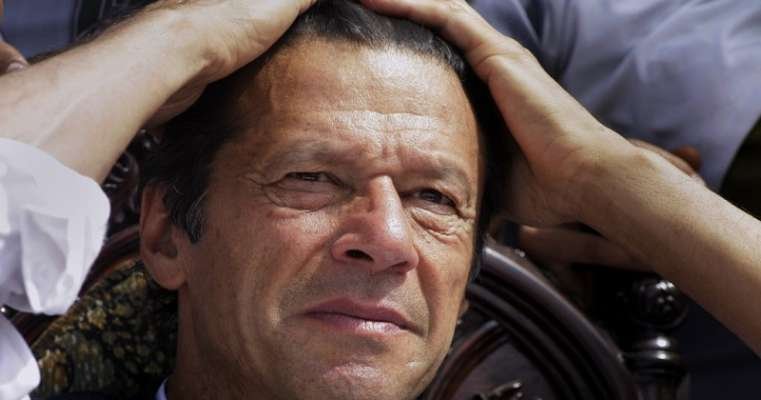 Bad Luck seems to follow Pakistan since Imran Khan became the Prime Minister of Islamic Republic of Pakistan. In a major blow to Pakistan, International Center for Settlement of Investment Disputes ICSID Terminates the stay on enforcement of the award.

In a previous article Pakistan Lost Arbitration Proceedings. Slapped with a Penalty of $6 Billion in Reko Diq case we had covered in details how Pakistan lost Reko Diq Arbitration case.

In an Arbitration proceeding between Tethyan Copper Company Pty Limited (Nationality Australian), the Claimant and Islamic Republic of Pakistan (Pakistan), The International Center for Settlement of Investment Disputes (ICSID), an international arbitration institution established in 1966 for legal dispute resolution and conciliation between international investors, had announced a massive $5.976 billion (PKR Rs 944.21 billion) award against Pakistan in the Reko Diq case, which is one of biggest in ICSID history.

The international tribunal on July 12, 2019, issued a 700-page ruling against Pakistan in the Reko Diq case. ICSID awarded a $4.08 billion penalty and $1.87 billion in interest.

Thereafter On November 18, 2019, Pakistan moved an Annulment Proceeding in ICSID. An ad hoc Committee (Appointed by the Chairman of the Administrative Council) was constituted to hear Pakistan’s Plea on March 25, 2020. Ad hoc committee was constituted with Joongi KIM (Korean) as the President and Bernardo SEPÚLVEDA AMOR (Mexican) and Carita WALLGREN-LINDHOLM (Finnish) were the two members to hear the Proceeding.

Proceeding is still pending in ICSID. However as a latest development on Thursday September 17, 2020, International Center for Settlement of Investment Disputes ICSID Terminates the stay on enforcement of the award.

Implication of this is that Tethyan Copper Company Pty Limited (Reko Diq) can proceed with the recover of the previous award of $4.08 billion penalty and $1.87 billion in interest from Islamic Republic of Pakistan.

Big question remains, how Pakistan which has already taken $6 Billion Bailout Loan package from IMF, recently borrowed $1 Billion from China to pay of Saudi Arabia’s loan of $1 Billion, will pay another $6 Billion plus interests and costs in next 2 years. Pakistan which is a terror hub and Pakistan Army and Pakistan Intelligence Agency ISI giving refuge to all the Most Wanted terrorists of the world, No country is ready to invest in Pakistan and risk their lives. Moreover, International community considers any investment in a FATF Grey Listed Pakistan as a dead investment.

Pakistan Army controlled national news media Dawn, posted the news as World Bank tribunal issues stay in Reko Diq case which is totally false and misinterpretation of the Order of the International Center for Settlement of Investment Disputes (ICSID) dated September 17, 2020 – The ad hoc Committee issues a decision on the termination of the stay of enforcement of the award.

What credibility does Pakistan or its Army Censored Media has left? Does Pakistan public so illiterate that they cannot go to the website of International Center for Settlement of Investment Disputes (ICSID) and check the details themselves.

For ease of everyone, here is the link to the International Center for Settlement of Investment Disputes (ICSID) site where anyone can check the details. https://icsid.worldbank.org/cases/case-database/case-detail?CaseNo=ARB/12/1

What options do Pakistan has?

Pakistan has earned Billions of Dollars by disappearing and harvesting organs from over a lakh of Baloch, Mohajir, Sindhis, Pashtuns and killing them in the past. We covered it in details in our previous article EXPOSED: Pakistan Army Doing Organ Harvesting after Enforced Disappearance of Ethnic Baloch, Pashtuns and Muhajirs

Pakistan has also sold brides to the Chinese and earned some respite. Pakistan has sold the mines and natural resources in Pakistan Occupied Balochistan, How does Pakistan plans to pay this huge sum of $6 Billion?

Well Pakistan has Fauji Foundation that has assets of over $100 Billion in assets all over Pakistan and also investments abroad. We covered it in details in our previous article Fauji Foundation of Pakistan looting Pakistani Tax Payers Money

While ordinary citizens of failed Pakistan are starving, Pakistan Army is enjoying lavish lifestyle, spending tax payers money on Arms and Ammunition and waging a war against its neighbor India. Pakistani Generals need the hostility against its neighbor India going so as to keep filling their coffers and buying properties in the West for enjoying their retirement abroad. Will Pakistan Nationalize the Fauji Foundation and take over the assets of over $100 Billion of Fauji Foundation?

If taking a cue from the past Organ Harvesting spree by Pakistan Army, the Anti-Shia riots in Karachi orchestrated by Pakistan Intelligence Agency, if are successful in killing thousands of Mohajirs and Sindhis, Pakistan may earn Billions from Organ Harvesting from those killed in riots and can pay off Reko Diq award.

Or will Pakistan again beg its Colonial Master China for $6 Billion and Costs and sell more strategic assets to China?

Why did Pakistani censored media spread a lie? What will happen in Pakistan once the public knows that their government lost the case and will have to pay a huge sum of $6 Billion within 2 years?