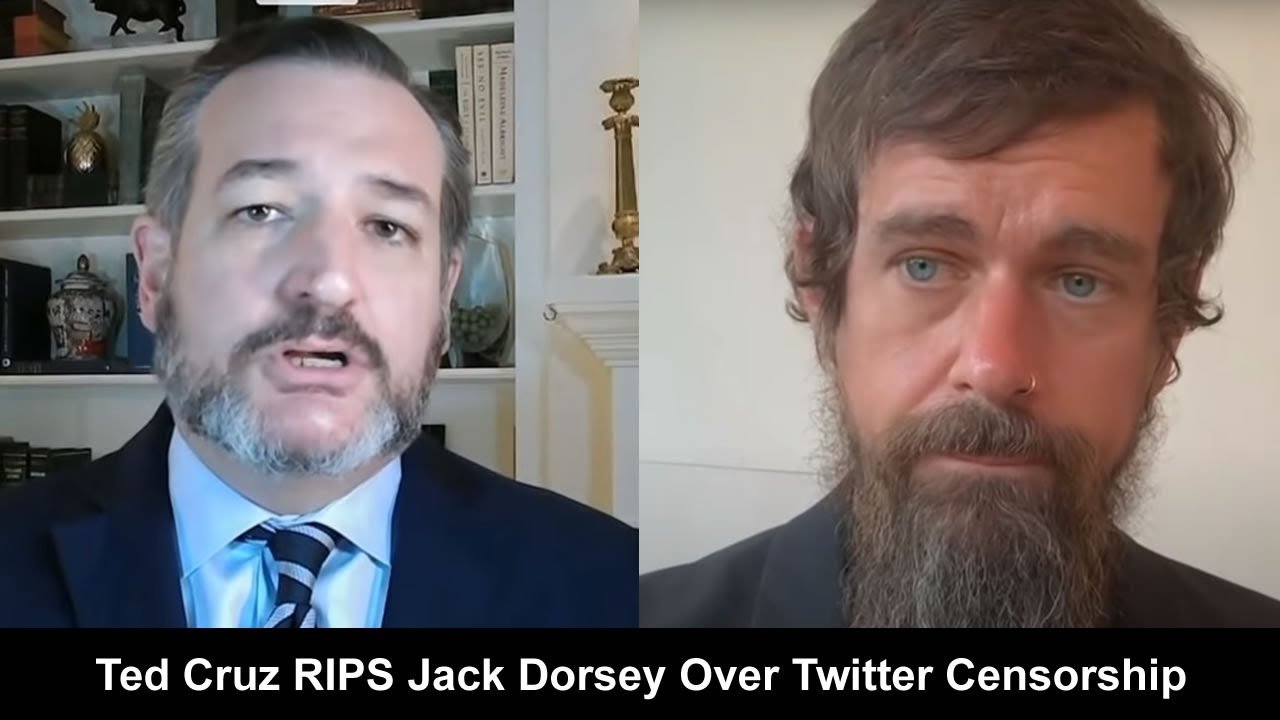 “Mr. Dorsey, who the hell elected you and put you in charge of what the media are allowed to report and what the American people are allowed to hear?” Cruz thundered at the social-media mogul. “Why do you persist in behaving as a Democratic super PAC, silencing views to the contrary of your political beliefs?”

Dorsey, Facebook co-founder Mark Zuckerberg and Sundar Pichai, the CEO of Google parent company Alphabet, testified via live feed before the Senate Commerce Committee on topics including election security and preventing the spread of misinformation regarding the coronavirus.

The hearing was called by Republican senators in the wake of Twitter stopping tweets linking to the story about Hunter Biden, and Facebook limiting its users’ ability to post it. It was titled: ‘Does Section 230’s Sweeping Immunity Enable Big Tech Bad Behavior?

Some Republican members took the opportunity to grill Dorsey and Zuckerberg on their companies’ recent suppression of Post reporting on Biden’s overseas business dealings and what role his father, Democratic presidential candidate Joe Biden, may have had in that.

Cruz (R-Texas) has led the charge against Dorsey since Twitter unilaterally barred tweets linking to The Post’s initial reporting on the bombshell Biden allegations earlier this month, and locked The Post’s account, which remains locked more than two weeks later.

Dorsey, who on Wednesday reiterated previous concessions that the initial Post purge was wrong, told Cruz the paper is welcome back on Twitter anytime — on the proviso that it deletes its first Hunter Biden tweets.

“We’re not blocking The Post” he tried to claim, before being grilled by Cruz.

“If they go into their account,” Dorsey began again.

“‘No,’ is your answer to that,” cut in Cruz, arguing that a conditional restoration was no restoration at all. “Unless they genuflect and agree with your dictates.”

Dorsey again cited Twitter’s since-amended “hacked materials” policy as the impetus for the original takedown, despite The Post clearly spelling out in its stories that the documents were sourced from a laptop that formerly belonged to Hunter Biden, but was abandoned at a Delaware repair shop, becoming the owner’s rightful property under store policy.

Cruz blasted Dorsey for erring on the side of censorship.

“They [The Post] weren’t hiding what they claimed to be the source,” the lawmaker said. “Is it your position that Twitter, when you can’t tell the source, blocks press stories?”

“No, not at all,” Dorsey responded. “Our team made a fast decision. The enforcement action, however, of blocking URLs, both in tweets and in DMs — in direct messages — we believe was incorrect, and we changed it.”

Even though Twitter has backed off the “hacked materials” rationale and tweaked the policy to guard against a repeat performance, Cruz pointed out that The Post’s account remains sidelined.

He also noted an apparent double standard in how Twitter let flourish a New York Times article on President Trump’s tax returns, published without the commander in chief’s consent to release those sensitive documents.

“Twitter gleefully allowed people to circulate that,” Cruz said. “But when the article was critical of Joe Biden, Twitter engaged in rampant censorship and silencing.”

Although Cruz reserved his ire almost exclusively for Dorsey, he also had strong words for Zuckerberg and Pichai.

“The three witnesses we have before this committee today collectively pose, I believe, the single greatest threat to free speech in America, and the greatest threat we have to free and fair elections,” he said.

Cruz’s pounding played out as part of a larger hearing on the responsibility of tech companies to referee content on their platforms and ensure a level playing field regardless of users’ political affiliations.

While Republicans, like Cruz, focused on perceived disproportionate censorship of conservative voices, Democratic members of the committee stressed the need for election security and ensuring that potentially fatal falsehoods on the coronavirus still be policed.

Twitter, in particular, has repeatedly flagged — but not deleted — posts by the president on the grounds that they contained misinformation about the election or the coronavirus, or could foment violence, drawing Trump’s anger and calls by him to repeal legal protections for tech giants under Section 230 of the 1996 federal Communications Decency Act.

Republicans also slammed Google for ‘demonetizing’ conservative website The Federalist, while Democrats have raised concern about all three of the platforms allowing conspiracy theories, particularly QAnon, to flourish and not stopping foreign election interference.

Will there be legislation strong enough to protect the First Amendment Rights of people?

Will the Social Media and Tech giants be reigned in to protect free speech worldwide?