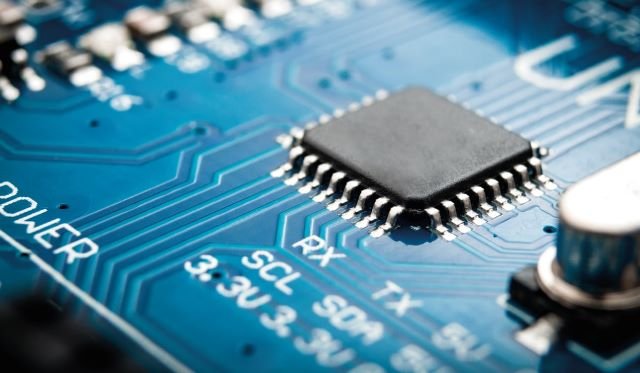 Automakers around the world are shutting assembly lines due to the shortages, which in some cases have been exacerbated by the former U.S. administration’s actions against Chinese chip factories.

Taiwan’s economy minister said on Wednesday major Taiwanese chipmakers were willing to prioritise supplies for automakers, after she met senior company executives including from TSMC.

In a statement, TSMC said it was addressing the chip supply “challenges” as their top priority.

“The automotive supply chain is long and complex and we have worked with our automotive customers and identified their critical needs,” the world’s largest contract chipmaker said.

“TSMC is currently expediting these critical automotive products through our wafer fabs. While our capacity is fully utilised with demand from every sector, TSMC is reallocating our wafer capacity to support the worldwide automotive industry.”

In the fourth quarter, sales for TSMC’s auto chips jumped 27% from the previous quarter, but still only accounted for 3% of overall sales.

The issue has become a diplomatic one, with German Economy Minister Peter Altmaier writing to his Taiwanese counterpart Wang Mei-hua to ask her for help in addressing it.

UMC Co-President Jason Wang, speaking on an investor call late Wednesday, said their fabs were also operating at a 100% utilisation rate and that they were trying to address the auto chip shortage.

“It’s hard to increase the capacity. It’s more about re-prioritising. Prioritising the automotive market, so hopefully we can relieve some of the pressure,” he said.

“Some of the capacity increase will come from productivity improvement and for those the priority will probably be allocated to automotive at the current time.”

UMC Chief Financial Officer Chitung Liu added that the company’s commitment to their non-auto customers “will not change”.

UMC does not break down details for auto chips in terms of how much they contribute to revenue or their share of production.

The company declined to comment on the meeting with minister Wang.

Taipei-based research group TrendForce said in a research note this week that integrated chips for auto use need to be highly reliable and have a long lifespan as they are generally used in high-temperature and high-pressure operating environments.

“So it is usually not easy to switch over production lines and supply chains,” it said.

Other Countries Step in Semiconductor Manufacturing

Taiwan’s role in the world economy largely existed below the radar, until it came to recent prominence as the car industry suffered shortfalls in chips used for everything from parking sensors to reducing emissions.

With carmakers including Germany’s Volkswagen, Ford Motor Co of the US and Japan’s Toyota Motor Corp forced to halt production and idle plants, Taiwan’s importance has suddenly become too big to ignore.

US, European and Japanese carmakers are lobbying their governments for help, with Taiwan and TSMC being asked to step in. German Chancellor Angela Merkel and French President Emmanuel Macron discussed the potential for shortages last year and agreed on the need to accelerate Europe’s push to develop its own chip industry, according to a French official with knowledge of the matter.

Taiwan’s grip on the semiconductor business – despite being under constant threat of invasion by Beijing – also represents a choke point in the global supply chain that is giving new urgency to plans from Tokyo to Washington and Beijing to increase self-reliance.

The Trump administration denied Beijing access to technology. By banning access to all US chip technology including design, it was able to cut off the supply of semiconductors from TSMC and other foundries to Huawei Technologies Co, hobbling the advance of China’s biggest tech company.

It also negotiated with TSMC to establish a US$12 billion chip fabrication plant in Arizona. South Korea’s Samsung Electronics is set to follow, with a US$10 billion facility in Austin, Texas.

The EU is also encouraging Taiwan to increase investments in the 27-nation bloc, with some success. GlobalWafers Co – based in TSMC’s hometown of Hsinchu – just boosted its offer for Germany’s Siltronic to value the company at 4.4 billion euros, an acquisition that would create the world’s largest silicon wafer maker by revenue.

Tokyo, too, is attempting to attract TSMC to set up in Japan. With 110 billion yen (US$1 billion) earmarked last year for research and development investment and another 90 billion yen for 2021, some of that may go to a TSMC facility, which reports have said the company is considering setting up in Japan.

The greater worry is that TSMC’s chip factories could become collateral damage if China were to make good on threats to invade Taiwan if it moves toward independence.

Will India be able to step up and take this opportunity?

Recently as per a report https://analyticsindiamag.com/india-is-getting-ready-for-mass-production-of-semiconductor-chips/, the government of India released an Expression of Interest (EoI) inviting companies and consortia, who are desirous of setting up or expanding existing Semiconductor wafer as well as device fabrication facilities in India or acquisition of Semiconductor fabrication facilities outside the country.

Alongside, the information received in response to this EoI will be utilised to develop a scheme for setting up or expanding existing semiconductor wafers as well as device fabrication (FAB) facilities in India or abroad.

However, currently, the country has been facing a lack of semiconductor manufacturing ecosystem as well as efficient electronic components, which can help the advancements to move at a fast pace compared to other developed countries.

This is the reason why the government of India is keen to incentivise as well as attract investment in establishing Semiconductor FABs in India. India is endeavouring to increase its share in the global manufacturing of mobile phones, IoT, automotive electronics, industrial electronics, medical electronics and other such devices in the coming years as it aspires to have USD 400 billion of electronics manufacturing by the year 2025.

In a LinkedIn post, Saurabh Gaur, Joint Secretary at IAS stated, “This effort of getting a semiconductor fab is building on the success of #PLI Scheme for Mobile Manufacturing which has companies committing to manufacture a billion mobile phones in India in next five years while bringing enhanced value addition in the country.”

He added, “#PLI Schemes for IT hardware (aiming at the manufacturing of 50mn laptops/notebooks and tablets); telecom equipment and wearables, TWS & IoT devices are in the offing. India will be manufacturing 5 billion IoT devices for its I4.0, Smart Cities, 5G Network.”

This year, we have witnessed a number of initiatives in the semiconductor industry. For instance, the Tata Group joined hands with Apple and is investing ₹5,000 crores in setting up a phone component manufacturing business in Tamil Nadu, Intel India has also collaborated with the government of Telangana to launch an applied AI research centre in Hyderabad, and more.

In an interview with Balajee Sowrirajan, the Corporate Vice President at Samsung Semiconductor India R&D Center (SSIR), Sowrirajan mentioned that the next big trend is going to be around creating a connected and intelligent world. This will be defined by four key pillars, which are connectivity, sensor, data and artificial intelligence.

Semiconductors being the next wave, there has been an upsurge in using semiconductors in the automotive sector and AI as well as the adoption of cloud computing around the globe. The government of India is expediting its efforts in every way possible in order to advance its domestic semiconductor manufacturing industry.

India has good relations with Taiwan and has supported Taiwan whenever needed. Will Indian Government be able to get support from Taiwan Government to setup semiconductor manufacturing in India?