A Letter Addressed To Israeli Ambassador Stating The Explosion Was Just a “Trailer” Recovered From Blast Site. 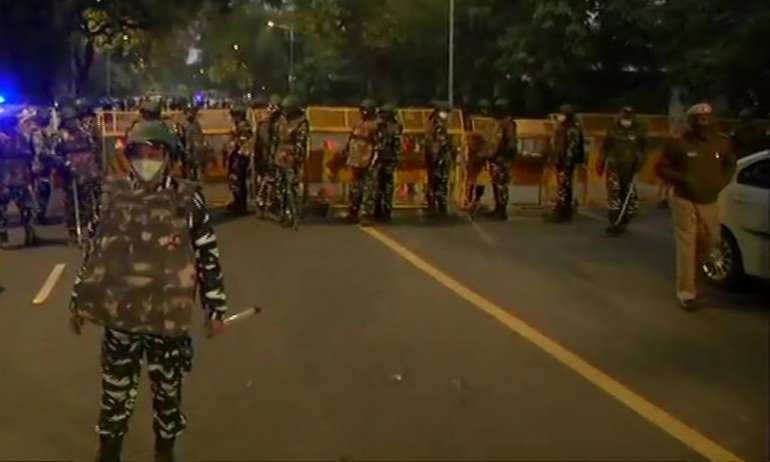 According to Delhi police sources, an envelope with a letter that was addressed to the Israeli ambassador, and stated that the explosion was just a “trailer” was recovered from the blast site near Israel Embassy in New Delhi. The letter also referred to Iran’s General Qasem Soleimani and nuclear scientist Mohsen Fakhrizadeh, as “martyrs”. Both Iranians were killed in two separate incidents last year.

After a low intensity blast outside Israeli Embassy in New Delhi on Friday night, Indian security forces sealed off the entire area. Samples collected from the spot by a crime investigation team and were analyzed.

“This is a trailer. We can end your life, anytime, anywhere. Iranian martyr…” the letter reads.

The killing of two Iranians has also been mentioned in the letter. The names mentioned as martyrs; in the letter are- Qasem Soleimani (Iranian military officer who served in the Islamic Revolutionary Guard Corps and was killed in a US airstrike in January 2020) and Mohsen Fakhrizadeh (Iranian nuclear scientist assassinated in November 2020).

Police are also analysing CCTV footage recovered from over a dozen cameras in the area and from inside the embassy as well.

“A team is analysing the CCTV footage from various cameras. A list is being made of all the vehicles that passed through the area where the blast occurred and their details are being gathered from the respective RTOs,” a police source said.

On Friday night, the Special Cell of Delhi Police received a call from a cab driver who said that he had dropped off two “suspicious looking” people near the embassy around the time of the blast. The security camera footage accessed by the police showed a cab near the embassy soon before the blast.

Police are sketching pictures of the two persons on the basis of inputs gathered from the cab driver.

As per another version about the blast, someone in a car drove past Israel Embassy in New Delhi and threw an IED wrapped in a plastic which triggered the low intensity blast outside Jindal House.

According to the source, the bomb gave out shrapnel that appeared to be similar to ball bearings. The shrapnel was unidirectional, which means it could only damage vehicles in close proximity. Ball bearings seized from the spot were found scattered on the ground and the impact of the explosion was felt within a radius of 20-25 metres.

The improvised explosive device did not have a detonator and was more of a “crude bomb”, the source added.

Sources also said that the bomb was packed in a can of cold drink Thums Up.

The blast took place when President Ram Nath Kovind, Vice President M Venkaiah Naidu and Prime Minister Narendra Modi were present a few kilometres away at the Beating Retreat ceremony at the culmination of the Republic Day celebrations. No one was injured in the explosion.

Israel will send a team to participate in an investigation into the blast outside its embassy in New Delhi. Israel’s defence establishments have suspected Iran’s IRGC (Islamic Revolutionary Guard Corps) behind the attack, according to the sources.

Security has been increased at Israeli Consulate in Mumbai.

It is pertinent to mention that after the present government in India lead by Narandra Modi took over, security has been tightened over the Indian borders and Line of control and many Islamist Radical Terrorists infiltrating from Pakistan have been eliminated. This has created an environment of safety in India and this blast on Friday was a terrorist activity by Islamist Radical Terrorists in Delhi after a very long time.

It should also be noted that recently a tractor rally organized under the garb of farmers protests supported by terrorist nation was used to send in thousands of tractors in Delhi. There was no checking done on those tractors as to what they might be hiding.

Present farmers protest has been hijacked by Pakistan supported Khalistani supporters and terrorists could have also intruded in Delhi along with the crowd.

Pakistan has lost on all fronts with many terrorists being eliminated on Line of Control and in Kashmir, Pakistan is making desperate attempts to get support of other Islamist countries.

Once Investigation agencies find the real culprits and their owners, will the International community take strict action against the culprit terrorist supporting nation?