Khalistan Takes A Backseat As Canada Approaches India For Vaccines 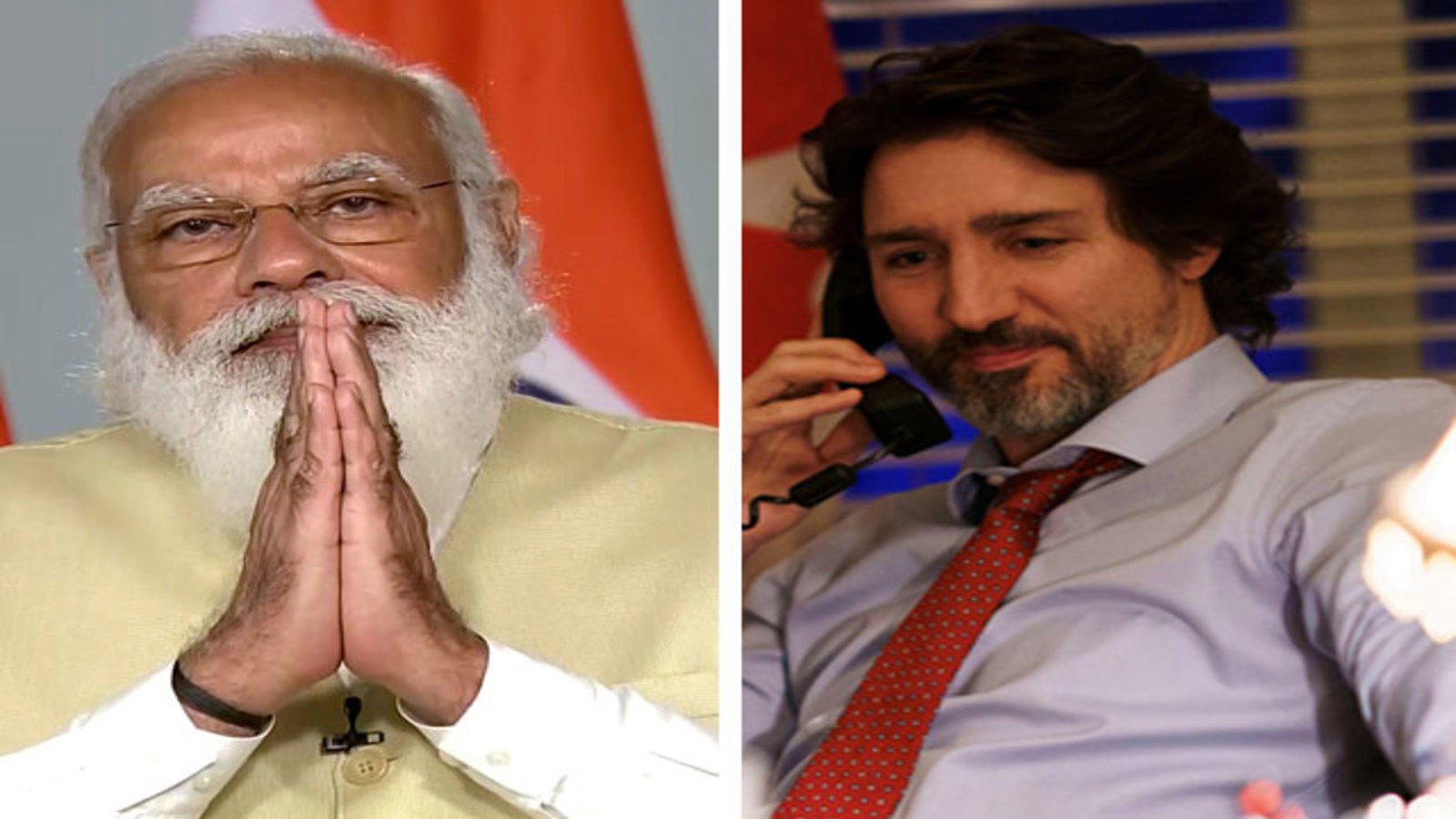 Khalistan takes a backseat as Canada approaches India for COVID Vaccines. Prime Minister Justin Trudeau spoke with the Prime Minister of India, Narendra Modi. Trudeau did not talk about contentious issue of Khalistan.

The two leaders had an exchange on their respective efforts to fight the COVID-19 pandemic, protect the health and safety of their people, and provide economic support for their citizens. Prime Minister Trudeau and Prime Minister Modi spoke about India’s significant efforts in promoting vaccine production and supply, which have provided vital support to countries around the world. The two leaders agreed to work together on access to vaccines. The leaders also recognized the need for continued global coordination to respond to the pandemic and to promote recovery.

The two prime ministers reaffirmed their common interests in a free and open Indo-Pacific, and the importance of working together on global challenges such as climate change, strengthening global trade, and reinforcing the rules-based international order. The leaders discussed Canada and India’s commitment to democratic principles, recent protests, and the importance of resolving issues through dialogue. They underlined the need to work collectively in rebuilding a more sustainable and resilient global economy.

The leaders underscored the importance of the Canada-India strategic partnership anchored in shared values, strong people-to-people ties, and growing bilateral economic cooperation. The two leaders looked forward to working together at the G7, G20, and other international forums.

Prime Minister Narendra Modi said on Wednesday he had assured Canadian counterpart Justin Trudeau that India would do its best to supply Canada with vaccines to fight the COVID-19 pandemic, potentially easing shortages faced in the country.

“Was happy to receive a call from my friend @JustinTrudeau. Assured him that India would do its best to facilitate supplies of COVID vaccines sought by Canada,” Modi said in a tweet.

Pfizer Inc and Moderna Inc have reduced the number of COVID-19 vaccines being delivered to Canada in February.

Last week, Trudeau said that Canada would succeed in inoculating its population despite “momentary disruptions” in vaccine supply and reiterated that every Canadian seeking a shot would be vaccinated by the end of September.

Trudeau and Modi talked “about India’s significant efforts in promoting vaccine production and supply, which have provided vital support to countries around the world,” a statement from Trudeau’s office said, adding that the two of them “agreed to work together on access to vaccines.”

Several Western pharmaceutical companies, including AstraZeneca Plc, Novavax Inc and Johnson & Johnson, have tied up with Indian drug manufacturers to produce their vaccines for sales domestically and overseas.

Canada has recorded over 20,000 deaths and more than 810,000 cases of COVID-19, and many provinces have reimposed restrictions to combat a second wave of the pandemic.

Canadian Journalist Keean Bexte from his twitter handle @TheRealKeean tweeted, “Imagine being Modi. A Prime Minister from a G7 country begs you for vaccines because he bungled his job so bad. This beggar also cozies up to anti-Indian gov’t terrorists, and his government is propped up by a Sikh separatist. Modi might help Canada out of pity. Cringe.”

There was a lot of pressure built on Justin Trudeau Government for not delivering on his promise to provide COVID-19 vaccines and his failed diplomacy with China that backstabbed and enticed away the scientists and took away the research on COVID vaccine under its 1000 talents program.

It should be noted that in many countries to whom India has supplied vaccines for the Chinese corona virus have already started vaccination program. However Canada betrayed by China has no vaccination program in sight yet despite multiple promises by Justin Trudeau.

India has come a long way and has emerged as a strong nation. India’s progress can be summed up with a tweet from an Indian social media user Anurag Dixit.