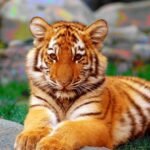 There was an attack by Khalistanis in Canada on Indo-Canadian Peaceful Tiranga Maple Rally that was carried out by Indian diaspora. On February 28, 2021 almost 500 Indo-Canadian Families organized a Peaceful Car rally known as the “Tiranga Maple Car Rally” in the Greater Toronto area Ontario Canada.

This was to show solidarity with the Indian Government in the new Farmers Act, to thank India for the the magnanimous act of Indian Prime Minister Modi in sending out more than Half a Million vials of the Astra Zenca Vaccine when Canada is dangerously under supplied & to reiterate the strong relationship between India and Canada.

Couples and their children piled into cars and every one gathered at the Pre-determined venue. The Rally took off on a positive note.

Mid Way they were ambushed by scores of Suvs & Jeeps filled with rowdy, screaming, shouting hooligan Khalistanis. They carried the Khalistani flags on their vehicles and drove dangerously close to the Indo-Canadian cars, throwing eggs & empty bottles, spewed vulgar abuses on Hindus, Called for the Death of the Indian PM & manhandled those brave Indo-Canadians who got out of their vehicles and tried to have a peaceful Conversation with them.

Social media was quick to identify the Khalistani Goons and their high level of Intolerance, that they accuse India of, in their propaganda.

Many frightened women and children were left traumatized as they watched the rough, aggressive and Abusive Khalistanis attack their friends and families. The Peel Regional police were around some of the areas but did little or nothing to stop the attacks. It is interesting that last year many Peel Region Police cars were carrying the Khalistanis Flags on their official vehicles. ( Link to sting operation)

In the evening when the rally ended & the community returned home there was outrage.

Related Article Why The Hostility Towards India? – By Tarek Fatah

Outrage against the Canadian PM Trueadeu who had allowed this Terrorist Organisation of Khalistanis to grow under his watch. His Minority & shaky Government is supported by MP Jagmeet Singh of NDP & Singh is known as a hardcore Khalistani.

The next Day Twitter and Social media was lighted up with reports of the ambush and demand for action.

By Wednesday 3-March 2021, The Mayor of Brampton, The Peel Region Police & a Few others were putting out apologies & official statements of zero tolerance.

The Indian High Commission sent a strongly worded Letter to the Head of Canadian Global Affairs condemning the incident, voicing India’s concern and warning that Indo-Canadian relationship would be affected by this, if steps were not taken as soon as possible.

However there is little hope in the Indian community.

Indo-Canadians form a huge percentage & second largest immigrant group in Canada. Almost 99% of Indians immigrated to Canada on a High Point based Professionally Skilled selection category, where their Education, Professional Skills, Language abilities, Age, clean Police records etc are taken into consideration during the selection process. Plus they have to be financially sound to make the move. This group enters as Landed Immigrants & eventually most become Citizens.

Indo-Canad are Hardworking tax paying Citizens who are rarely in the news for the Wrong reasons.

On the others hand the Khalistanis are the group that left India as refugees in the 1980s. In Canada they live in areas where they are the majority. They worked hard as Truck Drivers, Farmers, at restaurants, others etc & created their own supply chain & Support groups.

The Radical Elements of the Khalistanis in Canada were responsible for the 1985 Bombing of the Air India flight from Montreal to New Delhi that killed hundreds.

Most of the accused were never punished.

After the Air India Bombing & Global condemnation For years the Khalistanis & their violent cries for a separate Khalistan went silent. Now suddenly in 2020, they awakened like a sleeping Monster… What are the reasons…

What is the connection between Khalistanis in Flag of Canada & the Farmers Protest in India? What is the ISI Connection… We will write about those in our next article.

About the Author : Article written by our Canadian correspondent for NewsComWorld. Pen Name : Little Tigress.

Will Justin Trudeau let Indo-Canadian relations to be impacted by the act of few Khalistani Goons?

Was any of these Khalistani Goons arrested by Police? Or will they be given a free hand by Justin Trudeau to damage Indo-Canadian relations further?

Trudeau and his party calls for “Tolerance’, isn’t this highest level of Intolerance of Justin Trudeau Government that allowed these Khalistani Goons to disrupt peaceful rally?