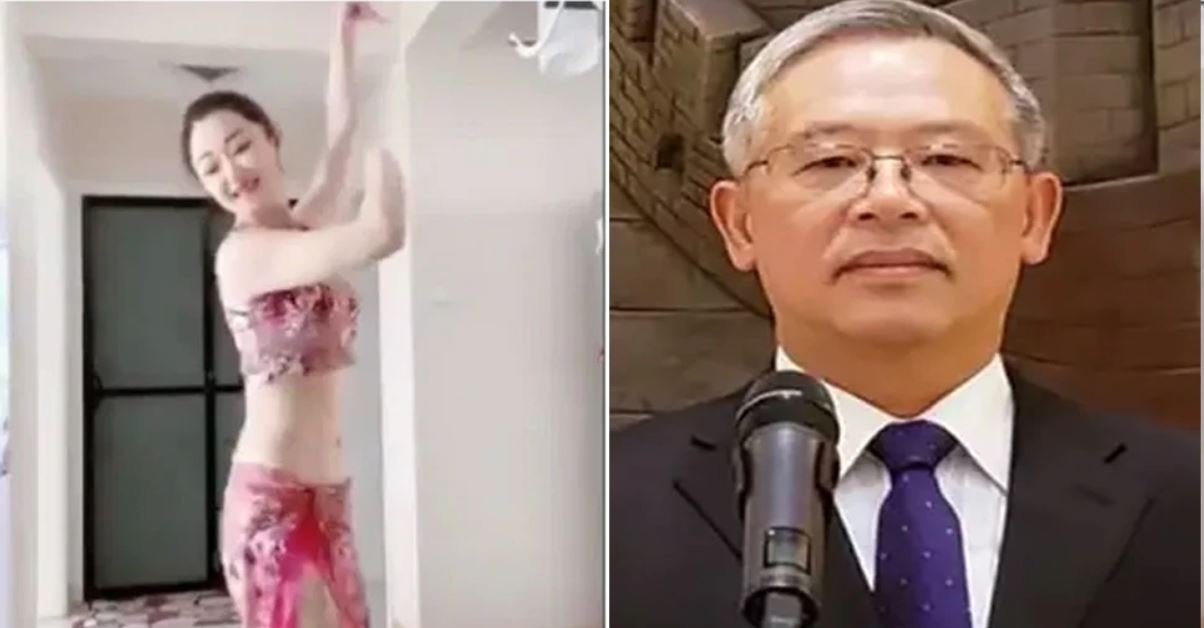 Chinese tweet asking women to remove Hijab has sent Pakistan into a bout of Impotent Anger. China’s Cultural Counsellor in Pakistan sparked a major storm with an “off your Hijab” comment in a video tweet. Many Chinese diplomats shared the tweet across the globe. The tweet was deleted after offending many in Pakistan after achieving its target of provoking Pakistanis and highlighting their incapacity in enforcing their writ on China.

However before the video tweet was deleted, it was captured by a well known Social Media user Naila Inayat and she shared the video tweet of the Chinese Cultural Counselor. She also questioned Pakistan Government’s stand about Uyghurs sufferings in China.

China’s Cultural Counsellor at the Chinese embassy in Pakistan, Zhang Heqing, faced a backlash from people in Pakistan for tweeting the video of a dancing Chinese girl doing Xinjiang dance and his comments on Hijab.

Here are some examples of Pakistanis fuming and frothing fully knowing they can achieve nothing. A similar reaction is eagerly awaited over the Swiss Burqa ban from Pakistan for the enjoyment of the world.

Another laughable tweet by a Pakistani here when he tells China in his tweet, “you are only 1.4 Billion but Muslim are 1.9 billion Mr. you say hijab free if Muslim say china free product where your economy stand” :-

However the backlash from Pakistani Troll Army or the Leftist, Liberal, Radical media was not to the extent as was seen against France or Switzerland that have banned Hijab in their countries. Partly because China is funding all the Leftist, Liberal and Radical propaganda against its enemy countries on all social media platforms. Even George Soros developed Ecosystem was silent and there was no toolkit released or social media outburst initiated against the Chinese Cultural Counsellor as China is their supporter and most of the funding come from China.

People on Social Media however raised questions on Pakistan’s bout of Impotent Anger.

One Social Media user Col Joginer tweeted, “No backlash to China on Uyghurs and other Muslim minoeities persecution by Pakistan, but massive backlash that forced Chinese Embassy to delete the tweet. Pakistan’s have there priorities all worng, they don’t give a damn about genocide but just mention of Hijab triggers them?“

Another Twitter user Ambika Nanda tweeted, “How dare China could speak like this?? #Pakistan can remain silent on worst HR violations on #Uighurs, can gift their women to China but openly can listen a single word against ‘Hijab’. Talk secretly“

Twitter user Ajaz Ahmad tweeted, “#Pakistan don’t know much about #Uighur Muslims, can’t speak a single word against China for its atrocities on Uighurs…. But reacts on this silly video….strange!!“

Twitter user Anupama Manhas tweeted, “Whatever happens to their #Uighur Muslim brothers in China, Pak is least concerned, but how can anyone questions women dress in #Pakistan?? From this one can imagine the low mentality of #Pakistanis.”

Twitter user Alka Sharm also questioned Pakistan on Uyghurs in China and tweeted, “#Pakistan either don’t know #Uighurs & Utsuls or they pretend, God knows. But when Pakistan can’t act to save Uighurs Muslims from atrocities of communist China, then what happened now?? Backlash on this silly video???“

Twitter user Maj Ajay Khanduri also tweeted about Pakistan’s helplessness as China is the last hope for begging but he questioned Pakistani public for remaining silent on Uyghur Genocide and tweeted, “Pakistani public is not better than their leaders. Well Imran Khan’s helplessness one can understand, China is his last hope for begging, but why the people of Pakistan who also consider themselves no less than leaders of Muslims Ummah, silent on Uyghur genocide?“

Another twitter user Shaitaan Singh also questioned Pakistan’s aspiration to be the leader of Muslim Ummah on one side and being silent on genocide and religious persecution of Uyghurs in China on the other hand. He tweeted, “Pakistan aspires to be leader of Muslim Ummah and gain recognition to that effect, but it doesn’t take a stand where it’s required. A comment in Hijaz is not as big a deal as the genocide, religious persecution of Uyghurs in China by China.“

Another twitter user Maj Ashwin Yadav also questioned Pakistan on being called the defender of Islam while it remains silent on Uyghur’s ill treatment by its ally China. He tweeted, “Pakistan the so called defender of Islam always remain silent on Uyghur’s ill treatment in it’s ally China.. But can we expect Imran Khan to speak when the attack is straight on the cultural identity of Pakistan and on Islam?“

Another twitter user Komal Mahajan tweeted, “Pakistan enslaved to China is bound to bear this humiliation and cultural target without raising any voice as the puppet PM Imran Khan and corrupt Generals sold Pak to Chinese.. Chinese money comes at a cost!“

Twitter user Dharmic Fundoo questioned the slave mentality of Pakistanis that has forced them to ignore the comments of Chinese cultural attaché to Pakistan, “Perhaps some Pakistanis would indeed feel incensed, that Muslim Uyghur women are being groomed for the pleasure of CCP/PLA and such grooming achievements are being posted by the Chinese cultural attaché to Pakistan, or may be the slave mentality of Pakistanis force them to ignore“.

Twitter user Palki Aggarwal also questioned Pakistan, “Where is Imran Khan, the defender of Islam?? Or where is the Pakistani mob who few days ago protesting against France? The Muslim community in #Xinjiang is under subjugation of China but if u ask Pak PM , he doesn’t know much.”

Another Twitter user Ravi Rai also questioned Pakistan, “Entire Muslim countries either don’t know Uighurs & Utsuls or they pretend. Like they don’t know about their brothers in Syria Yemen Uganda Somalia Iran Iraq. Unaware of Yazidis Rohingyas Shias Ahmediyas Sikhs Sindhis Hindus of Pakistan. But they only know about Kashmir in India.“

Related Article US Customs Seize 13-Ton Shipment of Human Hair Weaves, Believed to Have Been Cut From Prisoners in Chinese Internment Camps

Maj Gen Harsha Kakar questioned Pakistani Bots on why there was no outrage against the Chinese cultural head. He tweeted, “This is how Chinese treat their slaves, whether in #Xinjiang or #Pakistan . This is Chinese cultural head in Islamabad insulting Hijab. No respect for Moslems. He was requested to delete the tweet. No Pak bot will comment or object because they remain Chinese slaves. Pak bots???“

Only words of criticism to Chinese Cultural head came from a couple of Pakistanis living in UK.

One such Pakistani Saeed Khan tweeted, “Shame on you for mocking a Islamic value of Hijab. Keep your fascist approach and mindset within China and don’t try to show your dirty face to us as we already know that Chinese Govt is mistreating Muslims in China. This person must be kicked out of Pakistan“

The verdict is clear. Whether the tweet is offensive or not is secondary. This impotent rage by Pakistanis highlights the important fact that you will be forced to eat a humble pie and be shamed in public by everybody and anybody and you can’t do anything unless your country is powerful and is capable of sticking to a stand. Clearly, Pakistani Army and Government maintaining a deafening silence on one side and Pakistani public trying to take a counter view will only make Pakistan a bigger joke than it already is, before the world.

Amidst all this, Pakistanis have missed another tweet by the same person where he showed a Burqa-less Uyghur as a part of a collage and with the attention span they have and the outrage narrative they build.

How many Muslim cultures including “Burqa-less Uyghur” “Hijab-less Uyghur” are shown here without Burqa and Hijab by the Chinese?

Shouldn’t Pakistan be ignored for their trolling on all social media platforms on Islamophobia as they are hypocrite and silent when their master China is committing the cultural genocide of Uyghur Muslims in Xinjiang?

Why are the Pakistani trolls silent when Pakistan Army is committing Genocide of Baloch, Sindhi, Mohajir, Pashtun, Ahamadiya, Shia Muslims in Pakistan? Are they now Muslims? 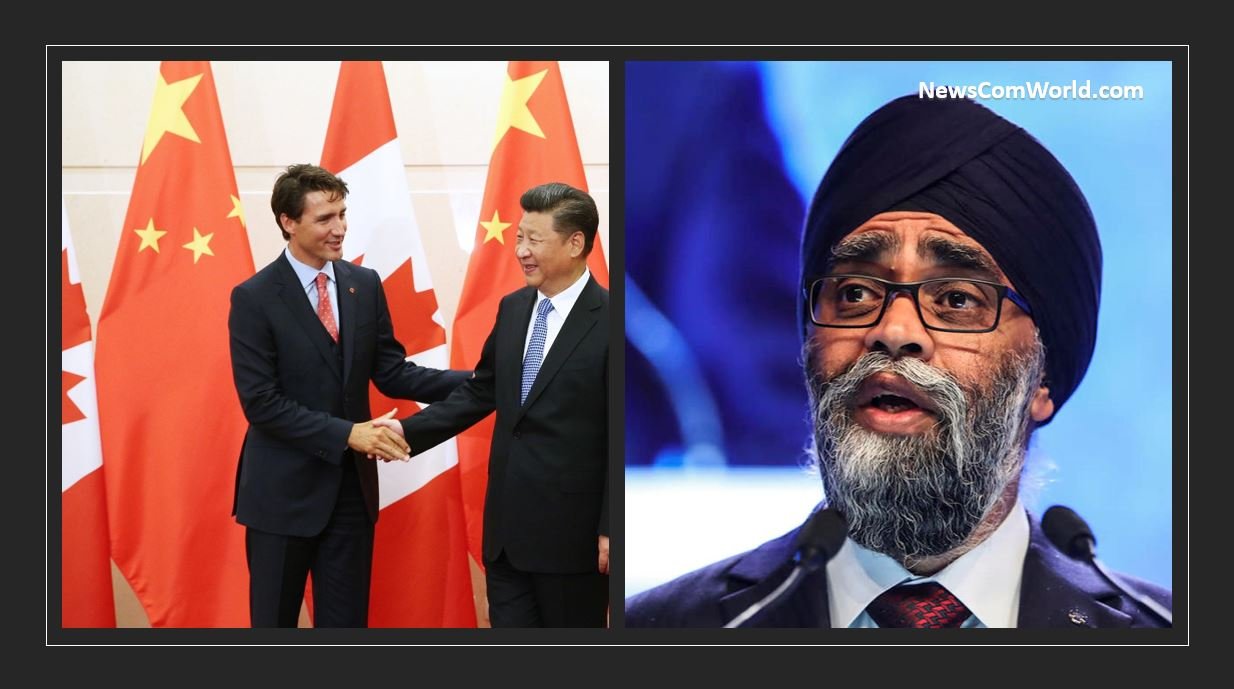