The Swiss Have Banned The Burka — When Will Canada Follow? – By Tarek Fatah 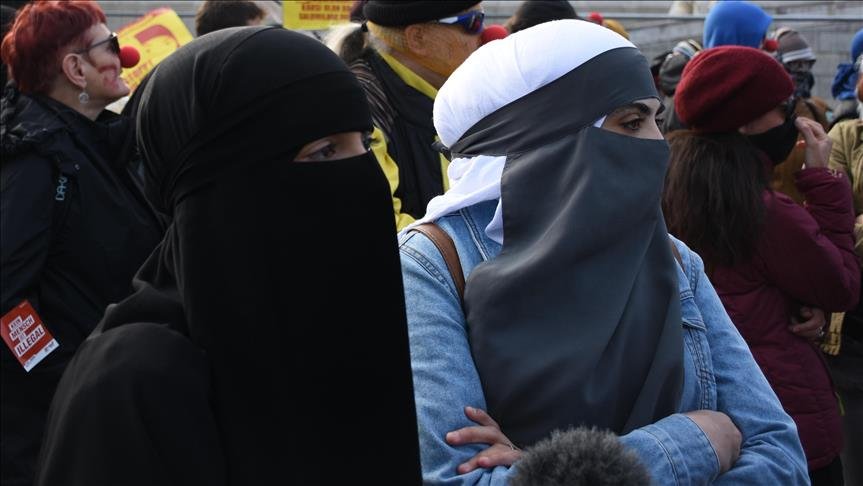 The Swiss have banned the burka — when will Canada follow? – An Article written by Tarek Fatah a columnist at Toronto Sun questions Canadian Government, feminists, left-wing New Democrats, and, of course, the vote-bank harvesting Liberals and Conservatives on following Muslim Brotherhood agenda.

On Sunday, the Swiss narrowly voted to ban all face coverings in public. The initiative behind the referendum was launched in 2016 by associates of the Swiss People’s Party and the Egerkingen Committee, that had in 2009 successfully pushed for a vote to ban the building of new mosque minarets in the country.

With the outlawing of the Islamic face veil, Switzerland joined 18 other nations that have to some degree banned the burka. They include Austria, Denmark, France, Belgium, Tajikistan, Bulgaria, China, Cameroon, Chad, the Republic of the Congo, Gabon, Morocco, Tunisia, Algeria, Uzbekistan, Sri Lanka, Latvia, Switzerland, and the Netherlands

It is now time to ban the burka in Canada as well.

Why are Canadians scared to speak out against what is a symbol of anti-West hatred and the flaunting of the Muslim Brotherhood agenda right in our midst and in our face? It’s the label of ‘racist’ that hangs like the sword of Damocles over our heads.

Be brave, my friends, for there is no mention of covering the face in the Quran. The tradition is borrowed by Arabs from the Byzantine nobility that prohibited the ordinary man from casting eyes on the face reserved only for the upper ruling nobility.

My fellow columnist Farzana Hassan too wrote on these pages of peeling away the deceiving argument of ‘religious rights’ that Islamists employ to promote the burqa.

Hassan wrote in June 2018: “The burka is rooted in the idea of the woman being just another of the man’s chattels — “my woman, my wife” — who cannot be seen or heard by others … Meanwhile, politicians can help those of us who understand the nefarious agenda of the Islamists to provide all the political and legal machinery to marginalize their aims.”

Many Muslim women have taken risks speaking out to bury the burka once and for all. As early as 2006, the German Muslim MP Elkin Deligoz urged German Muslim women: “Wake up to today’s Germany. This is where you live, so take off your veils.”

However, here in Canada, not a single Muslim female MP has made any similar statements despite the fact none of them wear the burka.

The “nefarious agenda” that Hassan writes about is best reflected in a sermon by Australian Islamic cleric Sheik Taj Din al-Hilali: “If I came across a rape crime … I would discipline the man and order that the woman be arrested and jailed for life.”

Asked why he would do this, Sheikh Hilali says: “[B]ecause if she had not left the meat uncovered, the cat wouldn’t have snatched it… If you take uncovered meat and put it on the street, on the pavement, in a garden, in a park or in the backyard, without a cover and the cats eat it, is it the fault of the cat or the uncovered meat? The uncovered meat is the problem.”

It’s not just the mosque sermons. Entire books have been published to put women in their place.

The tragedy in Canada is that there are no complaints about this from feminists, left-wing New Democrats, and, of course, the vote-bank harvesting Liberals and Conservatives. Only in Quebec can the issue be discussed.

No wonder the Canadian wife of the Saudi dissident Raid Badawi, the courageous Ensaf Haider, who discarded the face veil the day she fled her birthplace, is running for a nomination in Parliament from Sherbrooke to represent the Bloc Quebecois.

Perhaps it will be Ensaf Haider who will lead the fight to wake up guilt-ridden MPs to ban the burka in Canada.

About the Author : Tarek Fatah is a Pakistani-Canadian journalist and author. Fatah advocates LGBT rights, a separation of religion and state, opposition to sharia law, and advocacy for a “liberal, progressive form” of Islam. He is a columnist at Toronto Sun.