Civilization vs Barbarity : Contrasting world outlook of India and China 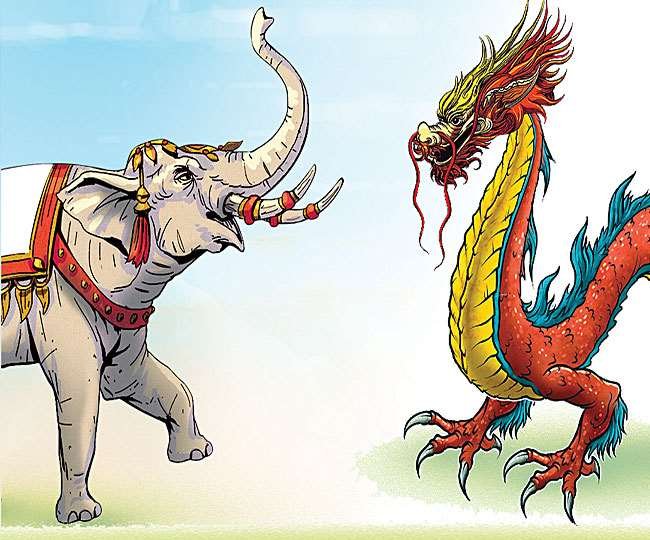 Comparing the two Nuclear armed rivals in the biggest hot-spots of the world, India vs China is like comparing Civilization vs Barbarity. There is a complete contrasting world outlook between the two countries.

Buddhism went from India and Conquered China. China held India in such an high esteem that the Chinese name for India was Tianzhu or Tenjiku (Chinese and Japanese: 天竺) (originally pronounced xien-t’juk) which means Son of Heaven or country where Buddha is born or worshiped. As per Chinese scripts about India, “they practice the way of Futu 浮圖 (the Buddha), [and therefore] it has become a custom [among them] not to kill or attack [others].

Chinese travellers took thousands of books from India and translated and setup a big library of Indian books and their translated versions. Buddhists came to India for knowledge. As per Chinese, India or Tianhu “the land produces elephants, rhinoceros, tortoise shell, gold, silver, copper, iron, lead, and tin. India was known as the land of Knowledge.

However the whole world knows that thousands of Islamic invaders looted the wealth of India, over 80 million Hindus were killed, women were raped, taken as slaves or forcefull converted and married to the invaders. Some invaders setup their kingdoms and ruled India for centuries. Finally British, Portugese, French invaded India and Finally British East India Company brough India under the British Crown. India got Independence on 15-August 1947. Hindus and India survived this painful chapter of invasions and Indians still carry their traditions.

Now compare this with the Chinese. The entire Chinese history is filled with different Dynasties, kingdoms, rulers, wars, fighting with one another, taking over the kingdoms of each other, land grabbing, loot, plunder.

Since Buddhism went to China from India, it did not end the barbaric nature of the Chinese dynasties and the fighting for land grabbing, invasions, imperialism continued.

We will concentrate from the period when the the last dynasty of the Chinese fell and Communism was established in China. At the same time India had got Independence from the British rule and India had partitioned from Pakistan as Muslims in India wanted a seperate country based on religion. Many muslims had migrated to Pakistan however still many muslims stayed back in India despite the fact that Pakistan that was a promised land for Muslims was created to give a separate country to Muslims to run their nation as per Islamic laws.

Inspite of the all these, in realty Communist China is a barbaric country. However China may try to reform, itself, Communists ensured that everything went back by a centruries if not mellinia.

In May 1966, Mao Zedong launched the Cultural Revolution. Starting from March 1967, two factions gradually formed among troops and civilians in Guangxi: one faction (known for short as “the United Headquarters”) unconditionally supported Wei Guoqing—then Chairman of Guangxi and a high-ranking CPC official—to direct the revolution in Guangxi, while the other faction (known as “4.22”) opposed such unconditional support, asking Wei to do self-criticism first.[1] Clashes such as “violent struggles” between the two factions along with massacres soon took place in rural regions of Guangxi.

It was a series of events involving lynching and direct massacre in Guangxi during the Cultural Revolution (1966-1976). The official record shows an estimated death toll from 100,000 to 150,000. Methods of slaughter included beheading, beating, live burial, stoning, drowning, boiling, disemboweling, and more. In certain areas including Wuxuan County and Wuming District, massive human cannibalism occurred even though no famine existed; according to public records available, at least 137 people—perhaps hundreds more—were eaten by others and at least thousands of people participated in the cannibalism. Other researchers have pointed out that in a county alone, 421 people had been eaten, and there were reports of cannibalism across dozens of counties in Guangxi.

This form of barbarism in 20th Century by the Communists in China took it Centuries back in terms of Human Index. There is no parallel to this in Indian History.

China has track record of committing untold atrocities on all minorities. Communists do not believe in any religion. Communist China continuing with its imperialist tendencies invaded Tibet and started destroying Buddhist Monasteries. Dalai Lama, the spiritual head of China had to fled to India. However many decades after as well the Genocide of Buddhists, Tibetans continue in China occupied Tibet.

China has established re-education camps for Uyghur Muslims in xinjiang. Han Chinese are settled in Xinjiang and every Uyghur Muslim home has to have one Han Chinese stationed. Uyghur girls can only marry non-Muslim Han Chinese. Factories are setup in large numbers in Xinjiang where Uyghur Muslims have to work for long hours as forced labors at negligible incomes. We covered it in our previous article China Razed A Xinjiang Village Mosque And Erected Public Toilet On The Site : Pakistan, Turkey Silent

China is destroying Churches of Christians. We covered it in details in our previous article China Bribes Vatican With “$2 Billion a year” to silence the Church.

There are no parallels of this kind of Communist China’s barbarism in Independent India.

Following its history of imperialism, China continued to expand its territories. Communist China Invaded independent Tibet and occupied the entire free country. Chinese expansionism did not end here. China attacked India in 1960s and occupied Aksai Chin that was part of current Union Territory of Ladakh in India. However China was not satisfied with that. China continued salami slicing and continued to step forward inch by inch occupying Indian territory for decades.

China has territorial disputes with all its neigbors. We covered it in our previous article It’s NOT just INDIA, China has Border Disputes with 18 Countries!

Compare it with India, Independent India has never occupied other nations territory.

Civilization vs Barbarity : Delusion that Chinese will Rule the entire world

However Communist China saw growing opposition from the civilized world that wanted equitable trade an do away with the trade imbalances, however China found a workaround to silence its enemies. China released deadly Chinese Coronavirus in the entire world that not only killed over 875,000 civilians worldwide, but also brought the world economy to standstill. While the whole world was suffering for covid, china used it as a business opportunity to further its agenda.

Comparing it to India, Indians believes in universal growth and never take advantages of other countries vulnerabilities.

Except torturing its people and spreading trouble all over the world Communist China has done no good. One striking common thing in all the above mentioned points is that every road of success of Communist China is paved with blood.

Chinese eat everything that moves or flies. However in contrast to that, Indians avoid killing unnecessarily. There are many vegetarian cults in India who do not eat even the eggs.

China chose to send a message to all its small neighbors by attacking India and take away Indian Territories in ladakh. Chinese soldiers armed with nail studded rods attacked Indian Soldiers. 20 Indian Soldiers martyred but not before over 100 Chinese barbaric soldiers were put inside the jars and their ashes sent to their homes. China got a bloody nose. However Communist China doesnt care for the lives of poor chinese soldiers.

While Indian Army and Indian Government gave each martyred Indian soldier proper respect, Communist China didn’t even let the Chinese public the number and names of the dead Chinese soldiers. The reason? China does not want a revolt in Chinese Public who an rise to throw away Communist CCP that is torturing and forcefully ruling the Chinese public.

5 local youths from the jungle near Nacho working as porters with Indian Army went missing from “Sera 7” area along the McMahon Line under Nacho Administration in Upper Subansiri in Arunachal Pradesh while they were out hunting. Two other villagers who had accompanied the abducted persons and managed to escape narrated the incident before the public. Family claims abduction by China’s PLA army. Incident happened on 3-Sept,2020.

A Family member appeals authority to bring back all safely. This is second such incident in 2020. In March this year, one porter went missing.

As per a press release by Indian Ministry of Defence on 5-September 2020, The Indian Army extended a helping hand to three Chinese citizens who lost their way in Plateau area of North Sikkim at an altitude of 17,500 feet on 03 September 2020.

Realising danger to the lives of the Chinese citizens which included two men and one woman in sub zero temperatures, the soldiers of Indian Army immediately reached out and provided medical assistance including oxygen, food and warm clothes to protect them from the vagaries of extreme altitude and harsh climatic conditions.

The Indian troops also gave them appropriate guidance to reach their destination after which they moved back. The Chinese citizens expressed their gratitude to India and the Indian Army for their prompt assistance.

Two incidents we shared above clearly shows the contrast between the Barbaric Communist CHinese PLA and a Civlized Indian Army.

What was the need for China to kidnap Indian Citizens in Arunan Pradesh?

What is the chance that Chinese civilians enter indian territory without Chinese Border Patrols knowing about it. Does that mean that they were Chinese Spies doing footwork for Chinese government?

Inspite of this possibility that the intruders can be Communist Chinese PLA spies, Indian Army gave them the benefit of doubt and let them go back. Indian civilizational outlook made them treat the prisioners humanely and send them back after providing the medical assistance.

Is it even possible that Chinese Citizens cross Chinese border on a car and lose their way and go towards Indian side without the knowledge of Communist Chinese PLA?

Shouldn’t the entire world boycott China and put an end to the barbaric Chinese Communist expansionism?

Shouldn’t the sanctions be placed for destroying the Buddhist, Islamic and Christian religions and shrines in China?

Shouldn’t all nations join together and sue china for 875,000 civilians worldwide by spreading Chinese Coronavirus and bringing world economy to a standstill?