A Decorated Veteran of Multiple Tours In Iraq, Who Defended His property From BLM Rioter, Committed Suicide 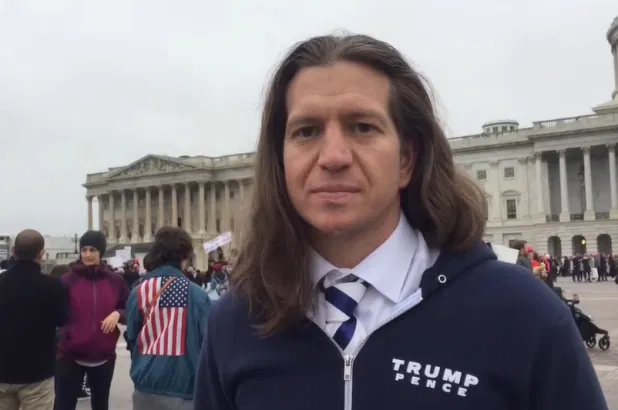 A decorated veteran of multiple tours in Iraq, Supporter of President Trump, who defended his property from BLM Rioter, committed Suicide

A pro-Trump Nebraska bar owner committed suicide after he was charged for fatally shooting a black rioter who vandalized his business in May.

Multiple sources confirmed 38-year-old Jake Gardner’s death by suicide. A news conference hosted by Gardner’s lawyers will be held later in the evening.

On May 30, Gardner was confronted and attacked by a Black Lives Matter mob outside Gardner’s Hive bar amid protests in the Old Market, a neighborhood in downtown Omaha. When he was knocked to the ground, Gardner fired two warning shots in an attempt to rise to his feet, prosecutors cited. Then a scuffle broke out with 22-year-old James Scurlock before Gardner shot Scurlock dead. The black rioter had repeatedly broken windows to Gardner’s bar and other neighboring businesses.

According to Omaha World-Herald, Gardner shot himself outside a medical clinic in suburban Portland, Oregon, a city ravaged by over 100 days of civil unrest. Police in Hillsboro, Oregon, found the former U.S. Marine dead from a self-inflicted gunshot wound about 12:20 p.m.

Gardner was indicted by a grand jury on counts of manslaughter, use of a firearm in the commission of a felony, attempted first-degree assault, and terrorist threats.

Shortly before the indictment was announced, Jake Gardner told media, “It’s stressful. I’m more anxious now than when I was flying to Iraq. I was in from the end of 2000 till the end of 2004. All trained up by 9/11. I was there in 2003 during the invasion and in Haiti in 2004 to break up the civil unrest.”

Douglas County District Attorney Don Kleine originally ruled the case an act of self-defense and decided not to pursue charges after reviewing video of the incident and witness statements. Kleine determined that Scurlock jumped on Gardner’s back and began choking him.

Then BLM activists swarmed to the district attorney’s house in July, demanding justice for Scurlock as Kleine submitted to the whims of the mob.

“We still haven’t seen justice and he’s just free… Don Kleine lives in this neighborhood over here and we believe he’s not doing his job, so we’re trying to hold him accountable to do his job by charging Jake,” protester Annie Schenzel said.

District Judge James Gleason then signed off on an arrest warrant affidavit on Friday spelled out by retired Omaha Police Detective Jeff Gassaway, one of the investigators who was involved in a fatal officer-involved shooting of a man outside a local shopping center in 2010.

Frederick Franklin, a veteran federal prosecutor who once served as president of the Midlands Bar Association of black attorneys, was named to lead the grand jury investigation.

A GoFundMe was launched to raise money for Gardner’s defense, but the page was deleted by the fundraising platform. His family and friends believed that his bail was expected to be set at $1 million.

In a 2017 video at President Donald Trump’s inauguration, Gardner was revealed to be a soft-spoken volunteer for Trump’s campaign as he sported a Trump-Pence sweater and donned a “Make America Great Again” vest on his dog.

“Everyone just wants to be heard,” Gardner commented on the Women’s March occurring the following day. The newly-deceased supported his political opponents’ constitutional rights to free speech without violence.

Police in Oregon released the following information: “At about 12:20 p.m., Hillsboro Police Department officers responded to the 300 block of Southeast Ninth Avenue after a body was found outside a medical clinic. They discovered 38-year-old Jacob Gardner of Omaha, Nebraska, dead.”

“The family of Jake Gardner has asked Tom Monaghan and myself to share the news of his death today, at his own hand,” he said.

Dornan said Gardner was a decorated veteran of multiple tours in Iraq, saying he suffered two traumatic brain injuries. Gardner said he felt like he was in a war zone the night of Scurlock’s death, Dornan said.

“I want to make it very clear that this was a clear case of self-defense,” Dornan said, describing Gardner as cooperative with police.

“The grand jury indictment was a shock to him,” he said. “He was really shook up.”

He said Gardner was difficult to reach due to the fires in California, but that he did intend to return to Omaha. He was going to be accompanied back to Omaha by a fellow veteran, Dornan said.

“There’s no way to defend the lies on social media. When you respond, you only make it worse,” he said. “We have to stop the lies.”

He said Gardner was afraid of returning to Omaha and that he had hired a bodyguard.

“Jake was worried he was going to get shot on the way here, that some of those folks would gave him death threats…would carry through with them,” Monaghan said.

Dornan said “who can blame” Gardner for not believing he would get a fair trial. He said he was frustrated that he did not have the opportunity to prove Gardner’s innocence.

“I’m angry he didn’t have the opportunity for a fair trial, for a fair hearing,” Dornan said.

Dornan and Monaghan also revealed new evidence in the case, saying “Gardner was inside his bar on May 30 when he heard what he thought was a bullet coming through the front window of his business.” It was later identified as a pole that had shattered the glass. Dornan said people began climbing into Gardner’s bar, so he pulled the fire alarm, called police, and went out front. That’s where the altercation between his father and another protester began, and where Scurlock and Gardner’s struggle ensued.

Far-left extremist Nebraska Senator Megan Hunt in her Twitter profile, continued to smear Jake Garner as a “white supremacist” on social media after his death. She also admitted that charges in his case were entirely due to the political mob.

“The indictment of Jake Gardner would never have happened without the community, the people, who stood up for justice and demanded action from city officials. Jake Gardner is gone, but the white supremacist attitudes that emboldened him are still with us today,” Hunt tweeted.

This widespread smear campaign also created a fear to support him. Countless residents of Omaha refused to speak out for him because they were afraid of the BLM and Antifa Terrorists and their supporters at the high places from coming after them too. A prominent restaurant owner initially supported him, and was viciously attacked digitally by a group of people calling for a boycott of his numerous locations. People were afraid to speak out in fear of losing their jobs, having their homes targeted, or being called ‘racist’. I have to wonder if Jake had received some of that public support if he would be alive today.

Will the Grand Jury be able to absolve themselves of becoming the cause of an innocent’s death? The Grand Jury submitted to the mob of Antifa Terrorists and the BLM Rioters. Didn’t it set a precedent that will be exploited by Antifa Terrorists, BLM Rioters, Liberals, Leftists to get similar favorable judgements in future by organizing protests and riots?