Is China Stockpiling Food Items in Preparation for “Multiple Wars” or for Hiding Shortages due to Floods? 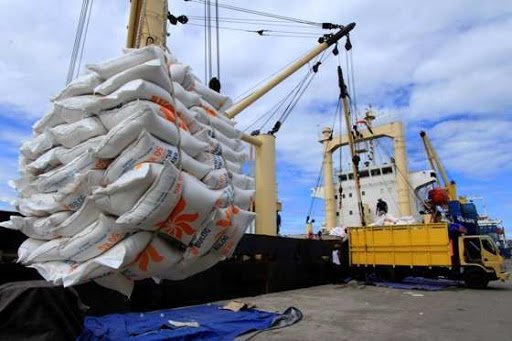 China is Stockpiling Food Items. It is stockpiling meat, corn, rice and other essential commodities on a war footing. China is also running the drive to not waste food. On the surface, China’s campaign to encourage mealtime thrift has been a cheerful affair, with soldiers, factory workers and schoolchildren shown polishing their plates clean of food.

But behind the drive is a harsh reality. China does not have enough fresh food to go around — and neither does much of the world.

Related Article Supply Chain Disruptions In China Triggering A Global Economic Disruption: Is It A Tip Of The Iceberg?

In China floods in most parts of China in 2020 created the food shortage.

Chinese fishing boats are stealing fishes from the seas of other countries as far as South America. With nearly 3,000 vessels, China’s overseas fishing fleet is the world’s largest fleet that is rapidly expanding as the country emphasizes policies aimed at shoring up food supplies. As the Chinese overseas fishing fleet ranges all over the globe, it is getting criticized for over-fishing and coming into confrontation with other countries’ vessels in contested areas such as the South China Sea and as distant as West African Coast Countries and South American seas.

It is estimated that over a billion people worldwide are engaged in fishing and ancillary industries. However, with China stealing all the fish stocks of the world, livelihood of majority of these people, living in different countries is at stake. Moreover, Chinese stealing the fish stocks of other countries from International Waters is impacting the food security of those countries and also directly impacting the income of those nations.

But that is not the case for China stockpiling food items. The ratio of China’s grain inventory to consumption far exceeds the warning level designated by the Food and Agriculture Organization of the United Nations, and the stockpile of rice and wheat, two staple grains of the country, can feed the whole population of China for more than one year.

In China, the two foods in the tightest spots are pork and corn, with the nation’s pigs hit hard by African swine fever and much of the year’s corn crop ruined by floods. But fresh foods of all stripes are in short supply, too, due to the coronavirus pandemic and flooding — from eggs, to seafood, to leafy green vegetables.

Beijing has declared it is not in a food crisis and says it has enough reserve wheat to help feed its people for a year. Still, China’s leadership has watched uneasily as pork prices soared 135 percent in February and floods washed away vegetable crops.

Due to Chinese Virus Pandemic of COVID-19, new restrictions with bans on meat exports from throughout Europe, Canada and the United States, Chinese residents fear that the restrictions will drive up the price of meat in their country. As a result of the bans, Chinese pork prices have rebounded by almost 50% since this year’s low in May.

And China could still add more fuel to the fire next year. The biggest importer of everything from crude oil to iron ore and soybeans, is planning to increase its mammoth state reserves as part of its five-year plan.

Despite China threatening India with a war over border issues, China has started importing Indian rice for the first time in at least three decades due to tightening supplies.

Countries like India though they have the second largest population in the world are selling their food stock at cheaper prices to China. Indian traders have contracted to export 100,000 tonnes of broken rice for Dec 2020 – February 2021 shipments at around $300 per tonne. Whereas China’s traditional suppliers, such as Thailand, Vietnam, Myanmar and Pakistan, have limited surplus supplies for export and were quoting at least $30 per tonne more compared with Indian prices.

It is not just food items, China is also stockpiling Oil. We covered it in details in our previous article China Spread Rumors And Crash Oil Market So That OPEC Sell Oil in Distress Sale?

Why is China Stockpiling food reserves more than it needs?

China has started following an ambitious program of creating reserves of all essential items including food and Petroleaum reserves to feed its citizens for a period of more than 2 years.

Several countries are planning to take action against Bio-Terrorist China for killing over 1.52 Million people worldwide. Also the international community is angry with the Chinese imperialism and using force in border disputes. Chinese imperialism is not limited to its border countries or South China Sea. China has of lately started threatening distant countries like US, Australia, UK etc of consequences for not following the Chinese agenda or criticising China.

Given that China is planning to initiate multiple wars including invasion of Taiwan, International community is bound to impose sanctions against China including trade embargoes. In such an event the supply lines of China will be cut. If there is food shortage, Chinese Communist CCP believes that there will be great oppostion to the CCP within China. Once common people start their oppostion to ruling Chinese CCP, the communist rule in China may end.

And for China’s leadership, there is a worrisome legacy. The country has a long history of food shortages sparking political unrest.

Food security is one of the oldest concerns of the Chinese Communist Party. Millions starved to death in the famine of the late 1950s to early 1960s during Mao Zedong’s rule. Many who survived remember eating tree bark or grass to get through.

In order to keep domestic prices under control while planning for multiple wars and in retaliation expecting trade sanctions and embargoes, China decided to stockpile food items even though it means buying the food items and meat products today from the very same countries that China is planning to go at war in near future.

For China with large stocks, they can survive the wars and trade sanctions. But what about the countries that will go at war with China?

Buying stockpiles of food items and meet products from the very same countries is also a part of the Chinese Strategy. Any country that is selling food items and meat products to China if it goes at war with China in near future, the opposition parties in those countries whom China has financed and sponsored will be quick to come in opposition of the ruling parties and create public protests and bring the ruling governments down.

Take an example of Chinese neighbor India. In 2020, India and China had a standoff in Galwan valley where 20 unarmed Indian soldiers were brutally murdered by Chinese PLA using nail studded rods. In retaliation, Indian soldiers killed over 100 Chinese PLA soldiers. Both the countries have deployed heavy equipment on the Line of Actual Control (LAC) and some people have even predicted a war between India and China in near future as China continuously shows aggression and is running its war propaganda using it Communist CCP mouthpiece Global Times News.

But if tomorrow there is a shortage in rice prouction in India because of extreme weather conditions, Indian public will have to face high prices and food shortage which will put the Indian Government in a tight spot given the fact that opposition parties are doing every bit go dislodge the present government.

In the event of a war between India and China or even small military conflict, Opposition parties will take on the Indian Government for feeding the Chinese even though Chinese are grabbing Indian Land and killed Indian Soldiers.

Thus China has planned large stockpiles for itself while causing food shortages in other countries as the weather conditions are unpredictable.

The United Nations warned in June that the world is on the brink of its worst food crisis in 50 years.

“It’s scary and it’s overwhelming,” Arif Husain, chief economist of the United Nations World Food Program, said in an interview. “I don’t think we have seen anything like this ever.”

The risks for Beijing extend overseas. China is dependent on the United States this year to bridge its corn shortfall, a position it has sought to avoid for years by stockpiling grain. Beijing’s developing-world allies are facing their worst food insecurity in decades.

Beijing even launched “Clean Plate Campaign” launched in August, with the aim of curbing food use without prompting public alarm. Restaurants across the nation are dishing out “half-servings” in line with the drive. Some, such as the upscale Peking duck chain Quanjude, have instructed servers to nag diners not to waste. Other restaurants are fining people for leaving too much on their plates.

At one elementary school in southern China, students must send teachers short videos of their dinner each night to verify they are cleaning their plates, according to the state-run People’s Daily. A number of university canteens are giving away fruit and other small gifts to students who finish their lunches.

Even billionaire Jack Ma, founder of the online retail giant Alibaba, has been filmed trying to save food. A recent viral video shows him asking for his unfinished crab and lobster to be boxed up to go.

Government officials are, of course, forbidden from holding lavish banquets during this period.

China hoarding grain more than the prescribed maximum can be attributable to only one reason – Yangtze Floods. Clearly, it looks like China is hiding the shortages created due to the floods and is presenting a brave face by cutting down its declared losses as like it did for Wuhan Virus. However in light of recent statement by President Xi to PLA to prepare for “Multiple Wars” is also a big factor anticipating the International trade sanctions and embargoes China is going to invite as soon as it attacks any of its neighbors or tries to invade Taiwan.

Shouldn’t Countries like US, Australia, India and South Asian countries stop all food item exports to China? Today these countries may earn a little revenue, but what happens in case of War with China?

Why are countries that have hostilities with China hitting at their own feet by helping China?