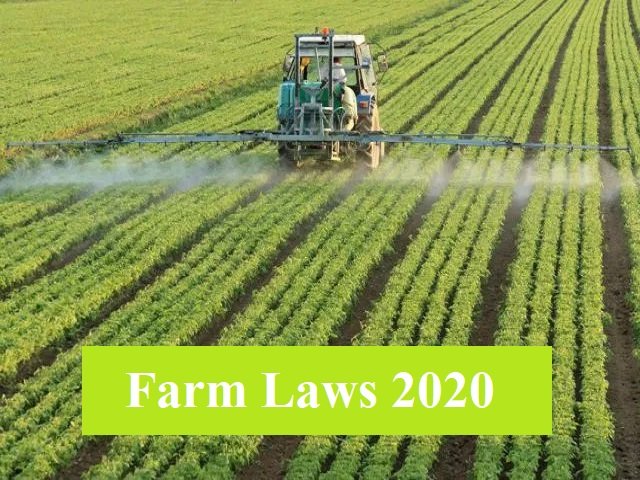 Farmers Bill Demystified is a series of 2 articles to explain the new Farm Laws in India. Everyone must read the article and educate those spreading misinformation aimed at destabilizing India.

I came across a group of kids from Haryana and Punjab on twitter, several of these kids are from farming background. My initial reaction was perhaps they were fake handles from Pakistan, as has been seen throughout this agitation. But then, the more I interacted with them the more I realized that they are a bright set of kids with a lot of misinformation fed to them.  Or perhaps a lot of their strong opinions were based on suppositions/possibilities; for me it felt that they were driven into believing these things so that their opinions are Engineered.

One trait I found among the folks these days is that most of them do not bother to read up a matter in-depth.  Ironically, we have access to more data in the past 5 years than we ever had in the entire human history. This article is for them as I promised, answering several of the questions/apprehensions/doubts they have about the said bills.

This bill in its original and unmodified form can be found here for reference. Link No matter who says what we must look into this bill and this bill alone.

The above text summarizes the bill in its simplest form. It clearly states what this bill is about. Please note there is no mention of Taking away the Mandi system or dismantling of MSP. This act is merely about providing an alternative option to Farmers to sell their produce through competitive pricing. These markets can be Mandi, outside mandi, out side states or even nation.

Let me go through the rest of this bill page by page and summarize.

Clearly states that electronic trading and transaction platform can be any internet connected device or Mobile internet connected platform (aka Smartphone/Tab). The produce sold by farmer shall be delivered physically to the buyer. These transportation mechanisms can be modelled similar to Amazon, E-bay, Flipkart delivery systems. This also generates other means of employments for transportation and logistics folks.

The definition is pretty clear, this is the second page of the bill on definitions of farmer and farmer producer organizations.

The bill defines selling and purchase of produce in two categories Inter-state and Intra-state. Where intra-state itself is done mostly through Mandis. See the red arrows in the next screenshot. Implying Mandis are not going away as per the bill. This also implies that the Mandis shall have to offer better prices to the farmers.

One of the most important features of this bill is in the definition of Scheduled farmers on the 3rd page of the bill. It clearly says that this definition of Scheduled farmers is specified as under the STATE APMC regulation. This means APMC is going nowhere, it is staying here even under the new act. When one does a CTRL+F of “Scheduled”, there are 12 instances of usage in this 8-page bill.  So, anyone else who is saying that APMC is being dismantled is either lying or misled by misinformation!

Interestingly, the bill now defines that State APMC act in the same bill.

This implies that this bill still relies on the APMC act of the states. Infact the bill seeks to act in synergy with the APMC. Please remember that the opening lines of this bill had clearly stated about creating an ecosystem for the benefit of farmers and traders. They were very clear as crystal!

So, who is misleading the farmers on APMC into a protest?

Note carefully the section 3 of the chapter II of the bill as defined on second half of the page 3. Clearly states that the farmer or trader has the freedom to sell or purchase via electronic platform in the inter and intra state trade area.

The trade area is defined as follows:

Now this can’t be more crystal clear than this, the restrictions which earlier APMC acts enforced have been lifted with this particular bill.  Read again the above lines.

It seems that the mischief done by certain elements trying to fuel the protests is that they removed the trade area definition and only highlighted the following.

To anyone reading the above text in the screen shot (enclosed in blue), it would seem that the bill has removed the APMC. This is a deliberate attempt to mislead people and this is a form of high treason! Those doing this must be punished.

Now comes the part which is one of the many real reasons for the rattled reactions and misleading. This clause 4 seeks to prevent hoarders from buy produce without proper legal means to do so. If income tax records are formed then, these people will be in the government records for buying or selling a produce. We have seen how traders indulge in hoarding and price rise of essential food prices. This price rise hits the poor people the most!

Read Income tax act 1961. This implies that these people have to show PAN card! That will allow the government and government agencies to identify hoarders! No wonder they don’t want this bill!

The next screen shot is the follow-up section and clearly is a nail in coffin of tax evaders and hoarders.

The bill further defines that procedure of payment and details of the payment to the farmer by the trader within a stipulated time frame of 3 days.

Now comes the next and more stringent part of the bill, where it goes heavy on the trader. The trader has to specify how he/she will buy the produce and arrange transportation and storage facility in advance (both inter and intra-state). This takes away any chance of hoarding! Every portion of grain sold shall be tracked.

No Market fee/cess/tax for electronic transaction. Price regulation and market intelligence shall be provided to the farmer to make informed decisions on where to sell the produce.

This is perhaps the most ridiculous rumour regarding the bill that the farmer can’t avail a legal option of a court. While in fact that farmer has several intricate/variety of legal choices and option. This section is a bit tough on the traders.

Below is the graphical representation of how the process works.

The following screen shot summarizes Article 32 of the constitution.

So, this ridiculous rumour about the bill has been debunked and tanked down by the chapter III of the bill.

No Case Can be filed against Employees or Officers of the state/central govt.

This theory is also doing rounds, lets see whats the truth. When you go to chapter V (miscellaneous), you will see that the bill says a case cannot be filed on the govt/ govt officers, employees or state govt or its employees in carrying out in good faith.

Ask yourself a question, no cases can be filed by whom and for what? Of course, the govt officers need protection from disgruntled parties. The dispute which is between a trader and a farmer shall remain between them. Any legal actions or suits are reserved for these two parties and by these two parties. This cannot spill over to third party whose responsibility is the upkeep of the law and act. This is similar to police and law enforcement; you cannot charge them in a dispute between you and another party unless the police officer is found to have directly or indirectly involved in violation of an act. Even then, the police official is liable to departmental enquiry and suspension and NOT a legal action or legal suit. This is true for all government employees, governments and officials who are making sure the bill is enacted and enforced on the ground properly. Without this protection no govt/official/ govt officer would come forwards to enforce any law.

Another rumour added to the above

But what does it actually mean?  It means, that if the dispute has arisen in Ludhiana market then it cannot be filed in Chennai court, it has to be filed in Ludhiana civil court only.  Law and Law agencies work under the concept of jurisdictions. That’s basics civics book for you.

Thus proven, that there is no grain of truth in the reasons being given to oppose the bill.

Read the bill and then come to your own conclusions or arriving at opinions.

Next time we will analyze the second farm bill.

Previous Article by the same author The Mystery of COVID-19 in India : Lock Down And Due Diligence Of Indian Government Prevented the Catastrophe

All those Politicians and celebrities both in India and abroad that are inciting and instigating the Farmers should first read the Farm Laws and then take an informed decision. Whether they are being misled into inciting the Farmers in India on the basis of misinformation or whether despite reading the Farm Law in India, they deliberately want to destablize India and that is the reason they are issuing misleading statements?

It is up to Government of India to prosecute anyone who is trying to instigate riots that can lead to violence even though they are not Indian citizens because due to their instigation, riots take place in India that hurt many innocent people.