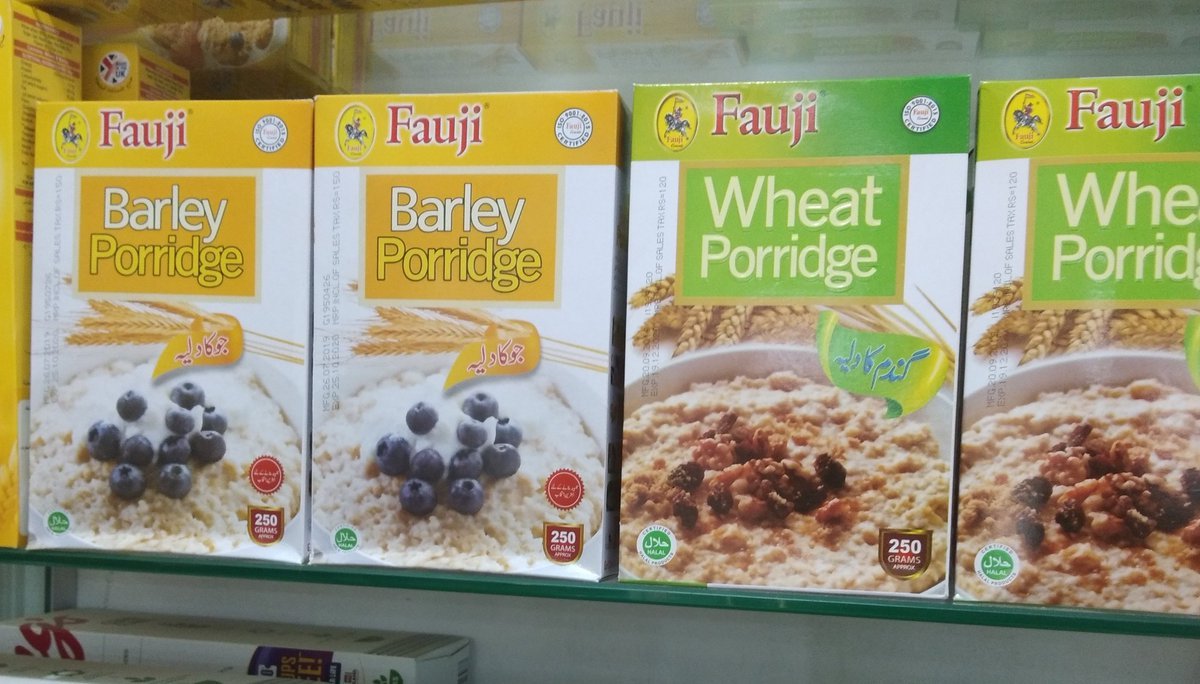 As per a tweet from a Sindhudesh Freedom Fighter, Sindhis and Mohajirs will stop buying products made by Fauji Foundation. Pakistan Army is extorting money from people of Sindh and is enslaving them. As mark of declaration of Independence, citizens of Sindhudesh will boycott Fauji Foundation. Just like British, they are taxing us to rule us.

This call for complete boycott of all the products made by Pakistan Army was given by Mr. Altaf Hussain.

In a letter he tweeted, he wrote, “Complete Boycott of the Products made by Pakistan Army. Those citizens who are against military involvement into the civil matters, particularly the people of Sindhudesh and Balochistan must immediately stop buying anything made by “Fauji” or “Askari Foundations.””

“I am announcing complete boycott of all products made by Pakistan Army.”

“The Pakistan Army just like colonizers are taxing us to rule us. We must strike at their economic interests because that’s the only thing at the moment which matters. I also declare Pakistan Army’s products ‘Haram’.”

Fauji Foundation of Pakistan is a group of companies run by Pakistan Army. Fauji means Army man. Every country has an Army or in other words the Army works for the country. However, Pakistan is the only country in the world where “Army has a country” or in other words, “the country works for the Army”. All the policy decisions of Pakistan Government are directed to benefit Pakistan Army. It is Fauji Foundation that is run by a few Army Generals that run all kind of businesses including making movies, TV Serials, manufacture everything from Corn flakes, cement, everything you can think of

We covered about the structure of Fauji Foundation in details in our previous article Institutional collapse of Pakistan: Solution

Pakistan has occupied Sindhudesh since last 72 years and their Security forces have been committing genocide of Sindhis and Mohajirs since decades. Thousands of Mohajirs and Sindhis have been disappeared and either sold for Organ Harvesting or killed. Sindhudesh is on the path of Independence from Punjabi Pakistan and its Punjabi Army occupation of Sindhudesh.

The rural regions are the most neglected and home to some of Pakistan’s most impoverished areas of effectively indentured laborers, who have little in the way of access to education, healthcare, or upward social mobility. Above that Pakistan Rangers regularly keep abducting Mohajirs and Sindhis from these areas for Organ Harvesting or killing them for political reasons.

In the recent years, operations by security agencies against armed the Mohajirs and Sindhis have intensified in the Occupied Sindhudesh.

The operations were coupled with a series of large-scale military offensives targeting the freedom fighters.

In continuum of this Freedom movement, Sindhudesh Freedom Fighters including Altaf Hussain, the leader of the Freedom movement of Sindhudesh as well has given a call to Boycott Fauji Foundation Goods and asked their followers to spread this awareness among the masses in Sindhudesh #BoycottFaujiFoundationGoods.

As per sources this movement is based on the Movement launched by Mahatma Gandhi during the Independence of India from British.

Gandhi encouraged Indians to boycott British goods and buy Indian goods instead. This helped to revitalize local economies in India and it also hit home at the British by undermining their economy in the country. Gandhi preached passive resistance, believing that acts of violence against the British only provoked a negative reaction whereas passive resistance provoked the British into doing something which invariably pushed more people into supporting the Indian National Congress movement.

As per the sources, Sindhudesh Freedom Fighters that includes all Sindhis and Mohajirs have decided to Boycott Fauji Foundation Products that will deny any income from Sindh/Karachi to the Punjabi Army. Source also clarified that they will be buying only the products made by local Sindhis and Mohajir Businesses only and will strengthen Sindhudesh Economy.

It is a fact that so far Sindh is the largest contributor of GDP of Pakistan, however Sindh is the most neglected and exploited nation occupied by Punjabi Foundation. It is said that it is literally the Sindhudesh that pays for the salaries of entire Pakistan Army that in turn commits Genocide of Sindhis and Mohajirs.

Our readers can gauze about the neglect of Sindhudesh from one of our previous articles Corrupt Imran Khan Arrogant K-Electric Electrocuted 37 People in Karachi, Sindh

As per sources if this threat is literally carried out by the residents of Karachi and Sindh, that will itself render a passive blow to the rich Punjabi Army and their businesses. As per the source, If this #BoycottFaujiFoundationProducts is successful in Sindh, it will also be replicated in other nations like Balochistan and Pashtunistan. All the Freedom Fighters will join in this #BoycottFaujiFoundationProducts movement in all these nations. Soon this movement will also spread to Pakistan occupied Kashmir and Gilgit-Baltistan and everywhere Fauji Foundation goods will be boycotted.

As per the source, this is to follow the footsteps of Mahatma Gandhi as well to follow non-violence on path of Freedom of Sindhudesh.

As per the source, some other Freedom Fighter groups are fighting this war of independence on lines of Shaheed Bhagat Singh and Chandra Shekhar Azad and have the ability to launch periodic attacks in any part of Sindhudesh and Balochistan at will.

The Sindhudesh Freedom movement is going the same way as the Freedom Movement of India to get Independence from British.

Related Article : Naya Pakistan: A Vision OR A Delusion