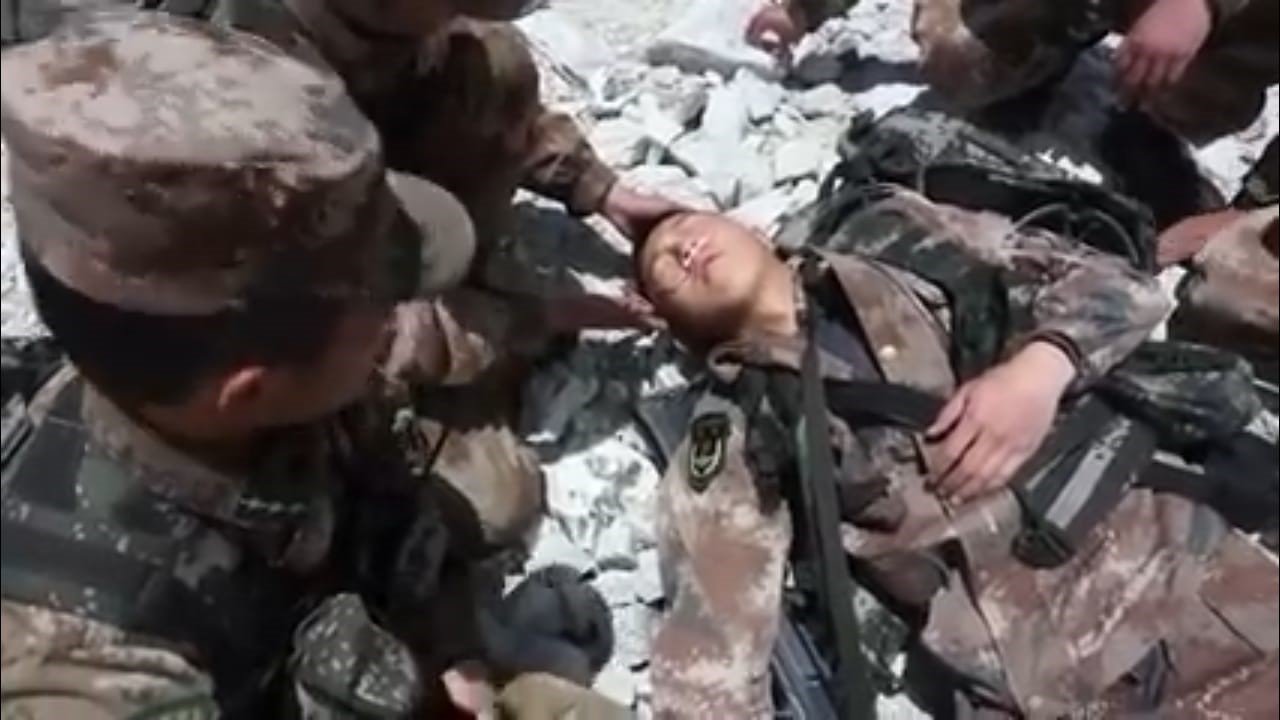 In view of India-China face off at Indo-tibetan border’s area’s, PLA has issued a barrage of fake videos desperately trying to showcase its capabilities to keep its troops fed and supplied in continued stand-off with India.

Main focus of these videos clips were primarily to showcase PLA’s abilities to deliver food and other supplies to its troops stationed at heights above 6000 mts (~18000 fts) using drones. Basic question which arises from this desperate attempt by PLA is why does PLA needs drone to deliver goods? A drone can at max carry ration for one or two personals for one day, given that there are more than 50,000 troops PLA has stationed at those heights is PLA trying to suggest that they will operate more than 25000 drones every single day just to keep its troops fed?

Obviously the video was fake and a childish attempt to influence audience into believing that PLA has some sort of capabilities. However there is another reason why PLA showed drones and not trucks, there is no connectivity. We will demonstrate in this article as to why PLA is so desperate.

This entire region is not inhabited, but only has military outposts and medical facilities, nearest inhabited town in China occupied East Turkistan region is Hetian which is approximately 400 Km North to the PLA base facing Indian troops. Hetain also has Hotan air base, which PLAAF can use against India, however it must be noted that Hetain has predominately Uyghurs population and CCP has brutally suppression Uyghurs for decades.

With a hostile population in the nearest town, CCP is well aware that any attempt to transport supplies through this region is a high risk operation as India has deep connection with Afghanistan government which is made up of ex- northern alliance fighter who were of Tajik/Uyghur ethnicity. India is fully capable of incapacitating Hetain supply depo of PLA.

As and when full hostilities break out between India and Chinese communist party, Afghanistan will not hesitate to target and ensure the G314 highway of China is rendered useless.

CCP knows this threat very well and as a result of this, CCP released a propaganda video depicting a medical officer working at their Shenxian post medical center located at highest point which PLA can operate which is 5400 mts. It is interesting to note that the height which CCP officially mentions as most difficult, is much below the Bana point of Indian army which is at 7000 mts height which Indian army man’s entire year.

Having covered the north western region of Aksai Chin, Lets figure out what is the PLA situation in Southern region near Pongong Tso where India recently occupied some heights. We covered it in our previous article Rudderless China Shocked As India Makes Readjustments On LAC

Over a period of time CCP has build road in the region connecting their main highway G219 which in turn connects to closed in-habited town of Nagri which again is some 300 KM away from the front lines. Any serious battle causality need to be lifted to Nagri which itself is closer to Indian border state of UttaraKhad than Pongong tso area. As and when full scale war breaks out India will take out Nagri, Hotan and G314 (using Wakhan corridor). this will trap the entire CCP presence in Aksai Chin and all CCP troops in the region will be left at the mercy of Indian army.

CCP can only fight an equal war with India beyond the mountain region. Any war with India in the Himalayan mountains is death trap for China and CCP is very well aware of this. This fact is evident from the fact that after occupying heights on August 29-30 India actually built an helipad on top of the mountain ridges to ensure positioning of heavy weapons on those ridge lines which brings entire Fingure area of occupied by CCP into direct firing range/line of sight of Indian positions.

Now when the war starts, India will immediately take out Nagri/Hetian and both roads connecting to CCP camps near Indian presence.

CCP is way too vulnerable in Aksai Chin to challenge India and that was the only reason why CCP was relying on Pakistan and Nepal to push India. However none of the antics played by CCP worked against India and India not only continued to build infrastructure on its side of LAC but has also opened multiple routes to ensure uninterrupted supply line to front line troops, something China cannot do even with using drones which it tried to showcase.

CCP has lost the battle with India even before the war begun, now CCP has been forced by India to continue with troops deployment in the region during winters for which CCP has no experience nor has any strategy, as CCP heavily rely on propaganda instead of actual war, now that India has called CCP’s bluff, CCP has no where to hide but to continue loose its soldiers to harsh winters while India simply stays there and watch CCP in panic.

China has created a lot of superficial image using its propaganda using the Communist CCP mouthpiece Global Times News. By attacking India, does China want to let know the world know how much vulnerable China is?