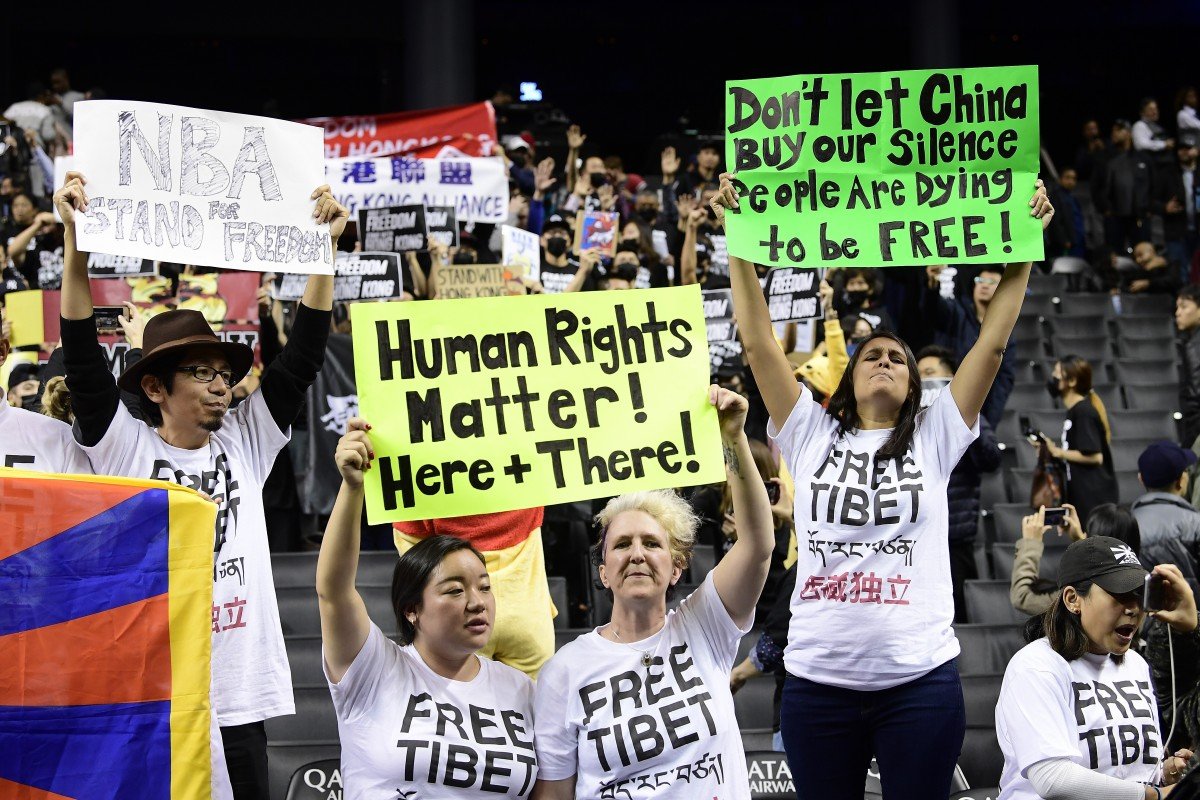 As the signs of President Trump losing majority in 2020 elections came, hypocrite China now lectures US over Human Rights Abuses after its election to UNHRC. Would it have been possible if President Trump would have win the Majority in elections marred with election frauds and accusation of Chinese interference in US elections?

China has reviewed the United States human rights record and issued a list of nine recommendations after being elected to the U.N. Human Rights Council.

The US, numerous European countries, Japan and others called on China to allow “unfettered access” to Xinjiang for independent observers including U.N. human rights chief Michelle Bachelet, and to urgently refrain from detaining Uighurs and members of other minorities, the AP reported.

The 39 countries also urged China in a joint statement read at a meeting of the General Assembly’s human rights committee, “to uphold autonomy, rights and freedoms in Hong Kong, and to respect the independence of the Hong Kong judiciary.”

U.N. Watch posted China’s nine recommendations to the US on Twitter today, along with a video of Jiang Duan, minister at the Chinese Mission in Geneva, reading the list.

China wishes to recommend to the U.S.:

There is a lot of anger against China over this in United states. One social media handle tweeted, “The day China is elected to Human Rights Council, despite gross violation on their own country, showed us how useless UN had been. At least in US we don’t force people in concentration camps, raped them, and forced them to work at sweatshops! Also, we have freedom of press!”

In our previous article Stepped-Up Surveillance By CCP China In Tibet And Gross Human Rights Abuses we covered in details how China has stepped-up surveillance and censorship policies and campaigns to further deteriorate human rights situation in the PRC.

Tibetans in and out of China occupied Tibet are not only censoring themselves, they are censoring each other because Chinese authorities have made censorship the responsibility of the whole populace. Various methods of mass surveillance such as the “Grid Management” and “Double-Linked Household” systems obligate individuals to report suspicious activity and betray one another or face consequences.

Chinese authorities rely on a strict and pervasive disciplinary machine to punish individuals it sees as a threat, which has resulted in extraordinarily high level of mutual self-censorship among Tibetans. The power of the Chinese Party-State’s influence relies on a combination of basic surveillance and control instruments, a hierarchized system of monitoring and observation and distributed responsibility, and a normalization of fear, judgment, and social distrust.

The changes in China Occupied Tibet over the last decade represent a systematized social control mechanism that ignores human rights such as the freedom of speech, religion, and peaceful assembly. Online surveillance, CCTV cameras, bugged homes, and checkpoints provide simple instruments of observation and monitoring to expand the influence of the state. This ensures a maximum number of points of contact between the state and the Tibetan people through which power and influence can flow.

China officially has the broad power to quash unrest in Hong Kong, as the country’s legislature recently unanimously approved new security laws, a plan to suppress subversion, secession, terrorism and seemingly any acts that might threaten national security in the semiautonomous city.

People have not forgotten the Chinese Massacre on students in Tiananmen Square. Besides that Another massacre took place in Chengdu. We covered it in details in our previous article Chengdu Massacre that happened in Parallel to Tiananmen Massacre

Don’t you think United Nations is compromised and has become a Chinese agent and has lost its relevance? Isn’t it time to stop funding United Nations and its different bodies?

Doesn’t it raises the question on the relevance of United Nations itself? Does that mean Chinese influence on United Nation and its bodies is so much that money and favors can buy the votes and can give clean chit to the murderers?

Does that mean since hypocrite China now lectures US over Human Rights Abuses after its election to UNHRC, China will use different bodies at UN to blame other countries that were vocal about Chinese Human Rights Abuses in Xinjiang, Tibet, Hong Kong and over Taiwan issue?