Bi-lateral Relations Are Not A One-Way Street : India Tells China 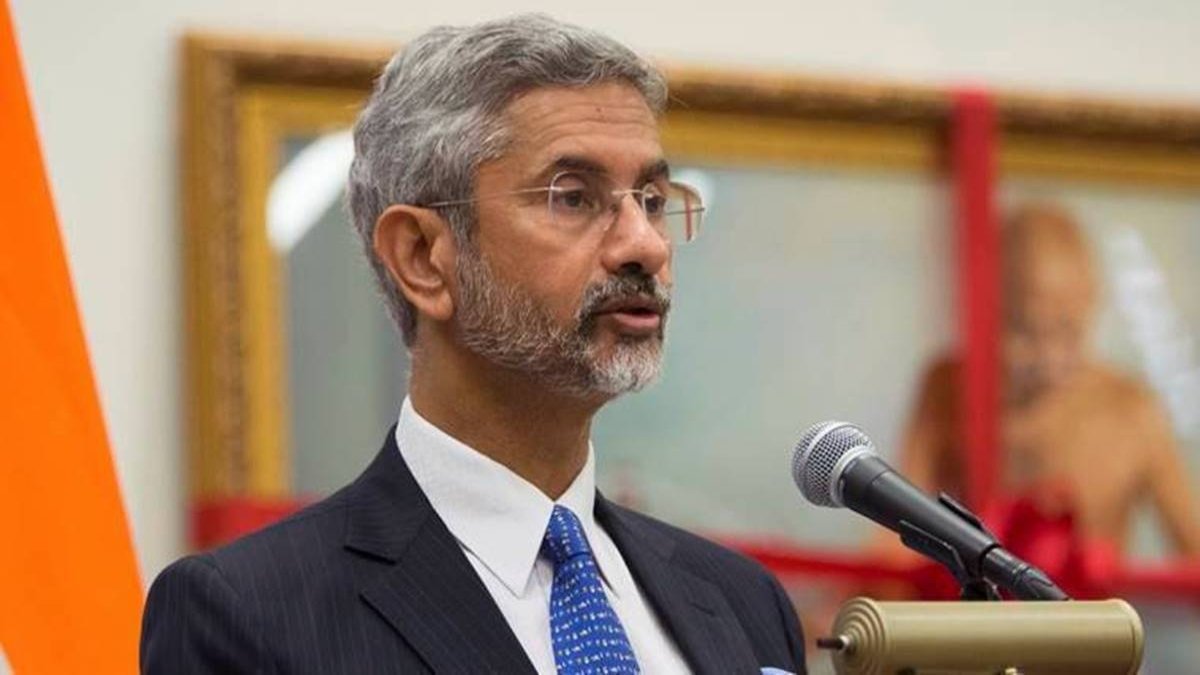 India has made it very clear to China that Bi-lateral Relations Are Not A One-Way Street. India’s External Affairs Minister, Dr. S. Jaishankar clearly outlined that the only way forward for India and China is for the armies to go back to their permanent bases along the Line of Actual Control in Eastern Ladakh.

On Thursday 28-January 2021, India’s External Affairs Minister Jaishankar outlined eight broad principles for repairing ties between India and China that included strict adherence to all agreements on management of the Line of Actual Control, mutual respect and sensitivity, and recognising each other”s aspirations as rising Asian powers.

In an address at an online conference on India-China ties, Jaishankar said the events in eastern Ladakh last year have profoundly disturbed the relationship and asserted that any attempt to unilaterally change the status quo along the LAC is “completely unacceptable”.

The external affairs minister said any expectation that the situation at the border “can be brushed aside and life can carry on undisturbed” is simply not realistic.

Jaishankar said the India-China relationship is truly at the crossroads today and choices that are made will have profound repercussions not just for the two nations but for the entire world.

He said the Chinese actions in eastern Ladakh not only signalled a disregard for commitments about minimising troops level but also showed a willingness to breach peace and tranquillity.

“Significantly, to date, we have yet to receive a credible explanation for the change in China’s stance and massing of troops in border areas,” he said at the All India Conference on China Studies.

Jaishankar sought to make it clear that both India and China are competitors in the global and Asian context. He also sent a reminder to Beijing that the bi-lateral relations are not a one-way street.

Elaborating on eight points for moving forward in bilateral ties, the external affairs minister said agreements already reached on management of the LAC must be adhered to in their entirety and in letter and spirit.

“Whether handling of the border areas is concerned, the Line of Actual Control must be strictly observed and respected. Any attempt to unilaterally change the status quo is completely unacceptable,” he said.

While both nations are committed to a multi-polar world, Jaishankar said, there should be a recognition that a multi-polar Asia is one of its essential consequences.

“Obviously each state will have its interests, concerns and priorities, but sensitivity to them cannot be one-sided. At the end of the day relationships between major states are reciprocal in nature,” he said.

Jaishankar said as rising powers, each nation will have their own set of aspirations and their pursuit to it cannot be ignored.

He said peace and tranquillity in border areas is the basis for development of ties with China in other domains and if it is disturbed, “so inevitably is rest of the relationship”.

Any expectation that the situation at border can be brushed aside and life can carry on undisturbed is simply not realistic, he said.

He said if ties are to progress, policies must take into account the learnings of the last three decades.

Jaishankar also mentioned three ‘mutuals — mutual respect, mutual sensitivity and mutual interests’ as determining factors for the ties which, he said, came under ‘exceptional stress’ following last year’s events in eastern Ladakh as he referred to China’s massing of troops in the region

He said the advancement of ties in the last three decades was clearly predicated on ensuring that peace and tranquillity was not disturbed and that the LAC was both observed and respected by both sides.

“For this reason, it was explicitly agreed that the two countries would refrain from massing troops on their common border,” he said.

Jaishankar also talked about “events” of divergences before 2020 that reflected the “duality” of cooperation and competition while referring to the practice of stapled-visas, blocking at the UN the listing of Pakistani terrorists involved in attacks on India as well as Beijing’s opposition to New Delhi’s membership of the Nuclear Suppliers Group (NSG) and for a permanent seat in the UNSC, in trade, promises of market access did not match delivery. Even the border areas saw frictions on some occasions.

Chinese signatures are all over the Riots in various parts of India including Anti-CAA Protests, Farmers Protests, Attacks on offices of Apple and Serum India that is producing Vaccines against Chinese Virus. Anything that threatens Chinese interests, China funds the opposition parties in India and using sleeper cells of Pakistan carries out its nefarious designs. Will China give up funding for Anti-India activities?

Even if China can agree to 8 points mentioned by India’s External affairs minister, it is Chinese funding to Leftists/Liberals and Radicals and Anti-Indians that is the cause of concern for 1.3 Billion Indians. What will China do to address this?