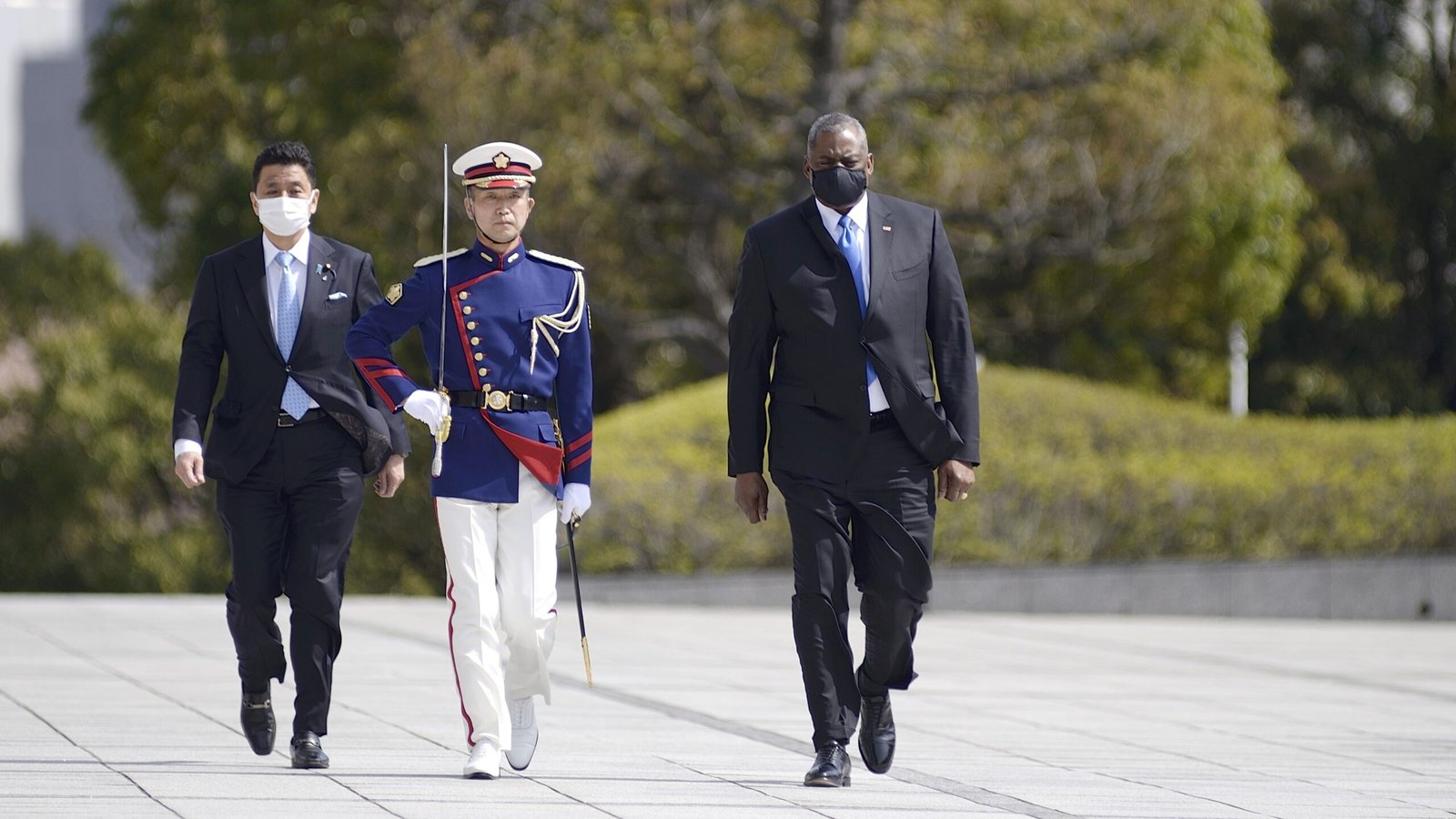 As reported on asia.nikkei.com, Japan – U.S. have affirm emergency cooperation in case China tries to Invade Taiwan. Japanese and U.S. defense chiefs have agreed in their recent meeting in Tokyo to closely cooperate in the event of a military clash between China and Taiwan, Japanese government sources said Saturday.

U.S. Defense Secretary Lloyd Austin brought up the issue when he held talks with Japanese Defense Minister Nobuo Kishi on Tuesday, though there was no discussion on how their countries should coordinate their response to such an emergency, the sources said.

Tokyo’s policy on China-Taiwan relations is to encourage dialogue for a peaceful solution to cross-strait tensions.

Taiwan and mainland China have been separately governed since they split as a result of a civil war in 1949. China regards Taiwan as a renegade province awaiting reunification.

Regarding Taiwan issues, a statement issued after talks by Kishi and Austin as well as U.S. Secretary of State Antony Blinken and Japanese Foreign Minister Toshimitsu Motegi, also held on Tuesday, only called for peace and stability in the Taiwan Strait.

In the earlier meeting with Austin, Kishi referred to a recent increase in the number of Chinese war planes crossing the median line in the Taiwan Strait and a need to study ways for the Japanese Self-Defense Forces to cooperate with U.S. forces defending Taiwan in the event of China’s aggression, they said.

Tokyo has been reviewing the feasibility of issuing an SDF dispatch order to protect U.S. warships and military planes in case of a crisis between China and Taiwan given the strait’s geographical proximity and the possibility of an armed conflict there affecting the safety of Japanese citizens.

As per a report, The US had indicated on Monday 8-March 2021 that it is rejecting China’s call to reverse what the country referred to as former President Donald Trump’s “dangerous practice” on Taiwan.

White House Press Secretary Jen Psaki said the position of the US “remains the same” and that it will “continue to assist Taiwan in maintaining a sufficient self-defense capability.”

The spokesperson added that the US will “stand with friends and allies” to advance shared prosperity, security and values in the Indo-Pacific region.

Her remarks come as Chinese Foreign Minister Wang Yi on Sunday urged the administration of President Joe Biden to “appreciate the great sensitivity of the Taiwan question.”

The Trump administration had strengthened ties with Taiwan through arms sales and in other ways.

Biden invited top personnel from Taiwan’s representative office in Washington to his inauguration ceremony in January.

When Donald Trump lost re-election in November, many in Taiwan feared President Joe Biden would forget them as he sought to mend Washington’s relations with Beijing. But, so far, Biden has continued to display strong support for Taiwan. President Trump’s administration had taken a hard-line stance against China and support for Taiwan. Worldwide, people still think Joe Biden is not as strong as President Trump when it comes to dealing with China and protecting Taiwan.

Joe Biden has continued with President Trump policies to take a hardline stance against China over human rights, democracy and the rule of law, while expressing willingness to work together on issues such as climate change and the coronavirus pandemic.

Related Article China Refuses To Accept America Is The Super Power, That Too On American Soil

“If you look at all of the signaling that Beijing has sent towards the Biden administration, it’s basically telling them ‘the Trump administration screwed up the relationship, it’s incumbent on you to undo everything that’s been done … and then we can begin to talk,’ without acknowledging any of the reasons why President Trump took the actions that he did,” said Drew Thompson, a former Department of Defense official with responsibility for China.

As we published in our previous article, The Communist CCP’s People’s Liberation Army PLA has been upgrading its missile bases, and one Beijing-based military source said it has deployed its most advanced hypersonic missile the DF-17 to the area. The DF-17 has a maximum range of 2,500km (1,550 miles).

The DF-17 hypersonic missile will gradually replace the old DF-11s and DF-15s that were deployed in the southeast region for decades. The new missile has a longer range and as per Chinese propaganda, it is allegedly able to hit targets more accurately.

As per sources, Currently, the PLA has only about 100 DF-17 missiles, but it is expected to increase production and deployment in the years ahead.

Satellite images show that both the Marine Corps and Rocket Force bases in Fujian and Guangdong provinces have expanded in recent years, according to Andrei Chang, editor-in-chief of the Canada-based Kanwa Defence Review.

“Every rocket force brigade in Fujian and Guangdong is now fully equipped,” he said.

“The size of some of the missile bases in the Eastern and Southern theatre commands have even doubled in recent years, showing the PLA is stepping up preparations for a war targeting Taiwan.”

“The missile base in Puning is responsible for attacking southern Taiwan, but the DF-11 and DF-15 do not have a long enough range to fly over the Central Mountain Range to hit the island’s airbases in Taitung and Hualien [both in eastern Taiwan],” he said.

Chang also said the PLA had deployed its Russian-built S-400 Triumf air-defence system that could detect and shoot down missiles, drones and jets from up to 600km away to defend against any attack by the Taiwanese air force.

“The S-400’s radar system is very sophisticated and is able to cover the whole of Taiwan,” he said. “It is able to shoot Taiwanese military aircraft once they take off.”

Related Article Is China Stockpiling Food Items in Preparation for “Multiple Wars” or for Hiding Shortages due to Floods?

The PLA’s coastal defences also include 20 air force brigades – some of them armed with the J-20 which as per Chinese propaganda is allegedly country’s first stealth warplane.

The Marine Corps headquarters had been based in Chaozhou in Guangdong since 2017 and would play a key role in any attack on a Taiwanese naval base in Kaohsiung.

Related Article China’s Show of Force in Bohai on Tiananmen Anniversary – Whom Are They Threatening? Chinese Citizens or Taiwan?

Shouldn’t more countries including Australia and other countries in South China Sea should join and make a grand alliance that can stand for one for all and all for one in the event of Chinese attack on any one country?

Will it be possible for US alone to sustain large number of troops to defend Taiwan in the event of a large scale invasion of Taiwan by Chinese PLA and Navy?