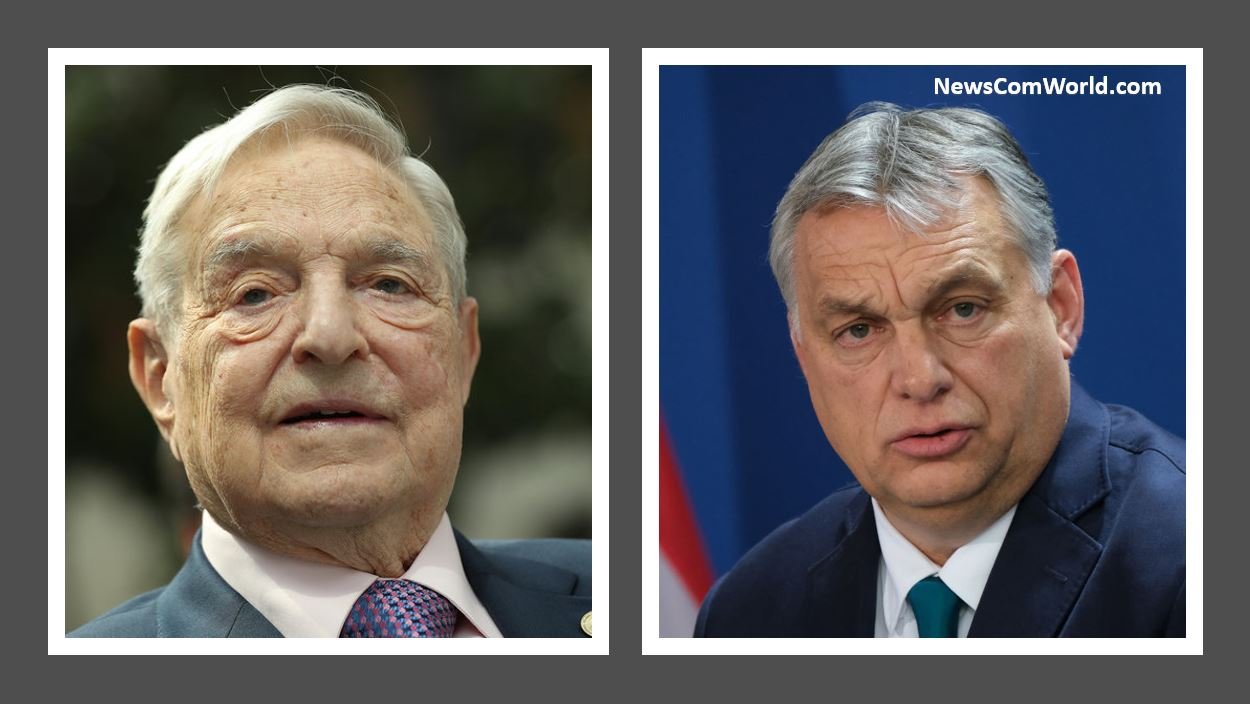 George Soros is asking European Union to take radical actions against Poland and Hungary. He wants to isolate both the countries and to ban them from European Union funds. Hypocrite George Soros who has destroyed the culture of Europe and is the most hated person in the whole Europe is determined to establish his twisted version of Open Society that pushes Islamic Radicals into Europe. Why were persecuted Christians, Hindus, Buddhists from Islamist countries not brought into Europe Instead as refugees? Why were only young Muslim males (no females) from Islamic countries were brought into Europe as refugees? Ask any European native today and they hate what these Islamist Radicals are doing today.

Everyone knows recent acts of Islamist Radical Terrorism in France, Vienna. This is the price of twisted whims of George Soros’ Open Society that native citizens in all European Nations are paying. George Soros has used his money power to use the puppet leaders at EU to implement his migration policies. Only those few nations like Hungary and Poland that did not blindly allow Islamist Radicals to enter their countries under the garb of refugee are the safest countries in Europe to live in.

However George Soros is now hell bent on destabilizing these select few countries by exerting his influence over his puppet corrupt EU officials and leaders to take action against Hungary and Poland.

All Media houses, publications worldwide under the control of this dirty businessman started posting articles against Hungary, Orban and Poland.

The Hungarian and Polish governments had used their veto powers to block the seven-year Multiannual Financial Framework (MFF) — in other words, the EU’s budget — on Monday 16-November, having failed to prevent new clauses and rules being inserted at earlier stages of the negotiation process. The issue was about a new provision inserted “Rule of Law”. Only those countries that allow immigration are regarded by Brussels as upholding the rule of law and will be given funding. Immigration is not acceptable to Hungary and Poland. Examples of Islamist Radical Terrorism in the Countries that allowed millions of young male Muslim immigrants are in front of everyone to see. While the comparatively small central European nations lacked the political clout to prevent the new rules, because they are tacked on to the overall budget which must be adopted by all member states unilaterally, the bloc essentially forced Hungary and Poland into a showdown where their choices were to accept the new controls or stop Europe’s spending altogether.

Hungary’s Viktor Orban Wednesday 18-November 2020 said Europe was attempting to use a “political whip” to punish member states that refused to fall in line. Prime Minister Orban explicitly invoked the mass migration issue — a longstanding area of disagreement between the EU, which has attempted to institute a mandatory migrant redistribution programme, and its conservatively minded members — as being at the heart of the dispute, and Europe’s desire to turn the screws on some members.

Orban said: “In Brussels today, they only view countries which let migrants in as those governed by the rule of law… Once this proposal gets adopted, there will be no more obstacles to tying member states’ share of common funds to supporting migration and us(ing) financial means to blackmail countries which oppose migration.”

Orban had criticized George Soros and said, “The greatest threat to national self-determination today is the global network of open society advocates which seek to abolish national governance. The goals of George Soros’s network with unlimited financial and human resources are clear. By accelerating migration, they will create mixed-ethnicity, open societies in order to dismantle national decision-making and put it in the hands of the global elite.”

Hungary’s justice minister — on whose brief much of these debates fall — accused Brussels of “double standards” in its discussions of the kinds of “rule of law” claims made as a justification of these rule changes. Pointing out that many European countries have legal peculiarities or far-from-perfect standards for judicial independence, Justice Minister Judit Varga said on Wednesday 18-November 2020 that the phrase rule of law was only invoked in reference to Hungary.

While Hungary and Poland pioneered the blockade of the budget to head of the “blackmail” rules on Monday, they have since received support from Slovenia — another conservatively-minded central European state which may have something to fear from Europe tying the often considerable development fund payments to political control.

Slovenia’s Prime Minister Janez Jansa criticized the language of the new rules, which are generally couched in relatively emotive terms painting opponents as being anti-democratic, or anti-rule of law. Euractiv reports his Wednesday remarks, when he said: “Some political groups… are openly threatening to use the instrument wrongly called ‘rule of law’ in order to discipline individual EU Member States through a majority vote… We need EU institutions that will not be involved in Member States’ internal political conflicts.”

Gergely Gulyás, Head of the Prime Minister’s Office, said Hungary “cannot accept any form of lecturing” from American-Hungarian financier George Soros, after he called for financial sanctions against countries that refuse to take in migrants.

Gulyás said Hungary’s opposition had published a position “strikingly similar to Soros’s” on this issue. The opposition now sees a chance to “force migration on Hungary” with the help of Brussels after it failed in the elections. “Hungary will not give in to blackmail,” he said.

On the topic of the EU budget and recovery fund, Gulyás said Hungary could not approve them in their current form because the rule of law criteria that are conditions for receiving funding were unclear. He insisted that only those countries that allow immigration are regarded by Brussels as upholding the rule of law. He said Hungary was dedicated to the rule of law and considered freedom of speech, opinion, assembly and the press, as well as the independence of the judiciary, as important. Meeting these requirements is at least as much guaranteed in Hungary as in western Europe and much more than it used to be during left-wing governments when for instance in 2006, peaceful demonstrators were attacked and the EU’s reaction was that it was a domestic issue, he added.

Gulyás said that in principle Hungary disagreed with the idea of raising joint debt since if any one country went bankrupt, Hungary would also be liable for it. Even so, Hungary approved the package in the spirit of European solidarity, he said, adding that the fund had become a further means to “blackmail” Hungary to force it to change its migration policy.

In the EU’s history spanning more than seven decades, never before has funding been linked to any interests other than financial protection, he said. Charges against the government of corruption are “a lie”, he said, adding that the Hungarian government would be prepared to back significantly stricter rules on how EU money is spent. He said helping southern EU states was a priority. “The money could be handed to the southern states even tomorrow,” he said, adding that in this way Hungary would not be open to “blackmail” because of its immigration policy. “If there’s a technical solution whereby payments are not linked to lax immigration, then we’d gladly be on board.”

George Soros activities are not limited only to Europe. His Activities have been seen in US, Peru, India and several other countries in the world.

Isn’t there a single world leader who can openly challenge this crooked businessman who in the name of charities and NGOs is trying to destablize different countries?

Can’t there be an international ban on this unscrupulous businessman and his NGOs and Charities that are a front to bribe all politicians and media houses in different countries?