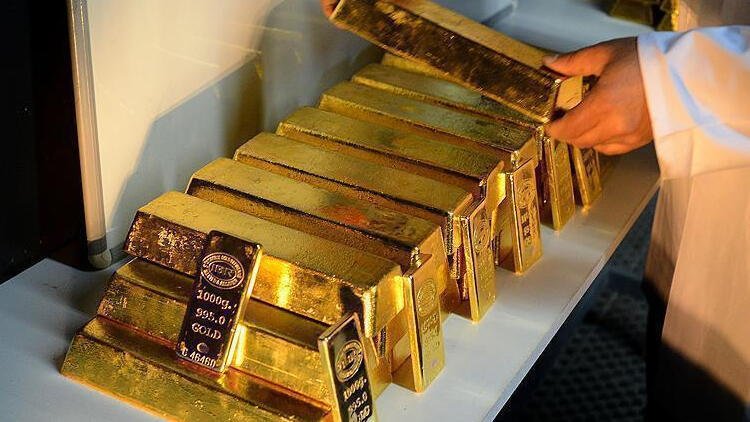 There have been several indicators of Financial Crisis ahead in Turkey. One of them being people don’t trust banks. Buying Gold and keeping it at Home instead of keeping the savings in Banks.

As per a report, In uncertain times, people everywhere seek the security of gold to guard against the fluctuation of less tangible assets. In few places is this truer than Turkey, where a history of financial crises has eroded public faith in political and economic institutions, and there is often a gap between people’s everyday experiences and the official economic data released by the government.

Writing for the National Interest, Aykan Erdemir and John Lechner look at Turkey’s most recent gold rush and what it reveals about the country’s economic reality.

The Turkish economy is “a train wreck in slow motion,” in the words of one former central banker.

The Turkish lira, which lost 20 percent of its value against the U.S. dollar last year, was one of the worst-performing currencies in the world in 2020. Foreign currency reserves nosedived deep into the red if one accounts for Ankara’s liabilities to local banks. And economy czar Berat Albayrak- son-in-law of President Recep Tayyip Erdoğan – hasn’t been seen in public since he resigned via Instagram on Nov. 8.

But an even better gauge of this slow-rolling economic crisis is the Turks’ frantic rush for gold. Since last year, Turkish firms and retail investors almost tripled their gold holdings to $36 billion. This is in addition to the 3,000 to 5,000 metric tons of the metal they keep at home, worth between $186 billion to $310 billion at current market prices. The rush to import gold to meet skyrocketing demand has wreaked havoc on Turkey’s trade deficit, with the January-November shortfall widening to $45 billion, nearly doubling compared to last year.

Seasoned by prior episodes of hyperinflation, currency devaluation, and bank failures, which together destroyed fortunes overnight, Turkish citizens have developed an uncanny sense for risks ahead. In fact, the Turkish public’s turn to gold may offer a better indicator of stress in the financial system than the usual macroeconomic indicators, which can predict the system’s trajectory, but not exact timing.

For Turks, gold has long been the most popular form of savings as well as a safe haven from systemic crises. A recent survey by the Dutch bank ING’s Turkish subsidiary shows that for one in four Turkish citizens, keeping gold and foreign currency (FX) at home is the top choice for savings. Over the summer, the demand for safes increased fourfold to four thousand a month. On top of the one in four Turks who keep gold and FX at home, an additional 18 percent save through gold accounts at banks.

Turks’ retention of more gold at home than at the bank—where they can receive interest—is telling. There is a growing awareness that account holders’ $258 billion of gold and foreign currency deposits are no longer safe. This is due to the Turkish Central Bank’s $133 billion defense of the lira, which it is conducting in part through a double-swap trick: The central bank takes FX deposits from private banks on the first swap, then hands them over to state banks (in exchange for lira) in the second swap. The state banks then sell the FX deposits (in dollars) to slow the lira meltdown.

Turkish citizens are beginning to fear that if there is a run on banks, they could see their FX deposits -their only hedge other than gold against lira devaluation – gone. Smart Turks are keeping their savings at home, whether in gold or FX.

But as ordinary citizens seek to preserve their wealth, Erdoğan’s Justice and Development Party (AKP) is finding new ways to take advantage of the gold rush.

In October, AKP lawmakers – despite environmental concerns – submitted a draft bill to renew gold mining licenses in Turkey. Lawmakers have amended mining legislation over twenty times within the past two decades to skirt environmental regulations. Moreover, given the AKP’s history of off-balance-sheet arrangements for friends, it would be unsurprising to see kickbacks for new gold mining licenses.

Indeed, watching gold is crucial for understanding how Turkey really works. Between 2012 and 2013, analysts who kept an eye on Turkey’s off-the-charts gold import and export figures uncovered a massive scheme to bust U.S. sanctions against Iran. During those two years, as now, Turkey’s macroeconomic figures were misleading: $14 billion worth of gold Turkey claimed to have exported almost exclusively to Iran and the United Arab Emirates were in fact Ankara’s payments to Tehran for natural gas imports, as the Erdoğan government exploited a golden loophole in the U.S. sanctions regime. The mastermind of the scheme, Reza Zarrab, bragged that he “helped lower Turkey’s current account deficit.” The Turkish state lender that participated in the scheme, Halkbank, now faces charges before a Manhattan federal court for helping evade U.S. sanctions against Iran.

Iran, however, was not the only partner involved in the Turkish government’s gold-based machinations. In 2018, Venezuelan gold exports to Turkey skyrocketed, reaching $900 million, because President Nicolas Maduro decided to move gold refining from Switzerland to Turkey to avoid U.S. sanctions. In January 2019, the assistant secretary for terrorist financing at the U.S. Treasury, Marshall Billingslea, warned Ankara that Washington was looking into Turkey’s trade with Venezuela and would take action if the transactions violated U.S. sanctions. Six months later, the U.S. Treasury issued sanctions against a Turkey-based company involved in a global corruption and money-laundering network directed by Maduro.

The increase in Turkey’s demand for gold is likely to lead to an even larger gray market at home, which government officials may be keen to exploit. In December 2019, the Turkish government revealed plans to loosen rules that govern the import of gold by allowing, in the words of Bloomberg News, “the certification and standardisation of scrap or unregistered gold people may carry when entering Turkey.”

Ultimately, the demand for gold reflects the realities of political and economic life in Turkey. On the one hand, citizens try to preserve what little wealth they have. On the other, a predatory political elite seeks economic gain amid the chaos.

In all likelihood, ordinary Turks will bear the brunt of their government’s ill-advised economic policies and machinations involving gold. If the currency crisis deepens, then Erdoğan may have to ban FX deposits and convert citizens’ savings at an “official”- i.e., below-market – exchange rate, letting hyperinflation and negative real rates do the work. On Nov. 20, Erdoğan asked Turks to “register whatever you have under the pillow, both abroad and domestically, without any question.” It is unlikely that many Turks will respond.

For Turks, keeping gold at home is the best countermeasure to the government’s unorthodox policies. But it also exacerbates the problem. Importing gold hurts Turkey’s current account deficit; low savings at banks dampen lending to businesses. Yet until Turks have a financial system they can trust, conventional investments will retain their secondary status. Erdoğan’s hyper-authoritarianism can dictate much, but it cannot enforce trust.

But even such a “stable” decline can no longer be taken for granted in Turkey. If the coronavirus vaccine developed by a Turkish-German couple leads as predicted to a global economic recovery in 2021, triggering a drop in gold prices that reached record highs last August, Turks’ wealth may be hit extra hard, left not only with a bankrupt economy but also diminished value for their trusted gold savings at home.

Turkey’s gold production in 2020 reached the highest level in the history of the republic, Energy and Natural Resources Minister Fatih Donmez announced yesterday according to Bloomberg HT.

“Environmental awareness around Turkey’s gold mining sites is a key focus to the point that the country has been rated top in global standards in terms of regreening,” he added.

Donmez continued that over the past 20 years, 382 tonnes of gold have been produced, helping Turkey boost its tax revenues to the equivalent of 76 tonnes of gold.

Turkey started gold production in 2001 at a modest rate of 1.4 tonnes.

Turkey last month announced that around 3.5 million troy ounces of gold reserves were detected in the Sogut gold mine of the Turkish Agricultural Credit Cooperatives’ subsidiary Gubretas.

Saudi state-run media and leading business figures in the kingdom have been advocating a tourism and import boycotts against the country since the beginning of the summer.

Ajlan al-Ajlan, chairman of the Riyadh Chamber of Commerce and Industry, called for an import boycott on Twitter in June 2019: “As the Turkish leadership and Erdogan continue their hostility and target the kingdom’s leadership, we call more than ever before to boycott them… in all areas – imports, labour and dealings with Turkish companies.”

Earlier in July 2019, the Saudi embassy in Ankara issued a warning to travelers that passport theft and petty crime was increasing in Turkey. Visitors from Saudi Arabia to Turkey dropped 30 percent in the five months of 2019.

Turkey’s continuous support to ISIS and its continuous rhetoric against Israel and its aspirations to be the head of Islam and Islamic Nations has has made Turkey isolated in Middle East. With the exception of Qatar, Turkey has no friends or allies in the region. Turkish ties with the Gulf monarchies, especially Saudi Arabia and the UAE, have suffered because of Erdoğan’s support for the Muslim Brotherhood, which they view as a domestic security threat.

Does Turkey plans to invade the Middle East, sponsor and export Terrorists around the world and establish Neo-Ottoman Empire based on its Gold Mines?

Shouldn’t the countries that are worried about Turkey’s interference in Middle East and sending Radical Islamists under the garb of Refugees in Europe, be cutting the import of Turkish Gold into their countries?

Shouldn’t the other countries realize that the investment in Gold is a dead investment and that investment cannot be used in anyway for infrastructure development?

What would happen when Turkey imposes restrictions on the quantity of gold that a household can hold? Wouldn’t it crash Gold prices worldwide? 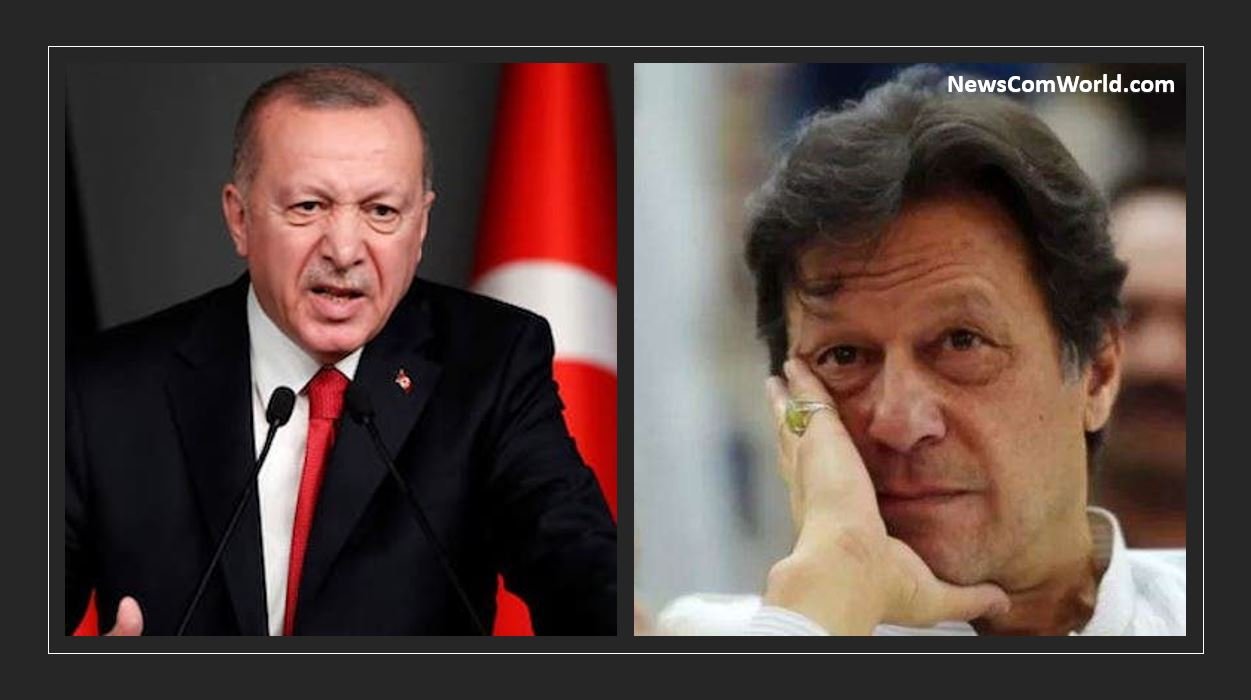