Project Khalistan Reignited in Canada? The Rise Of Aggressive Anti-Indian Movement in Canada 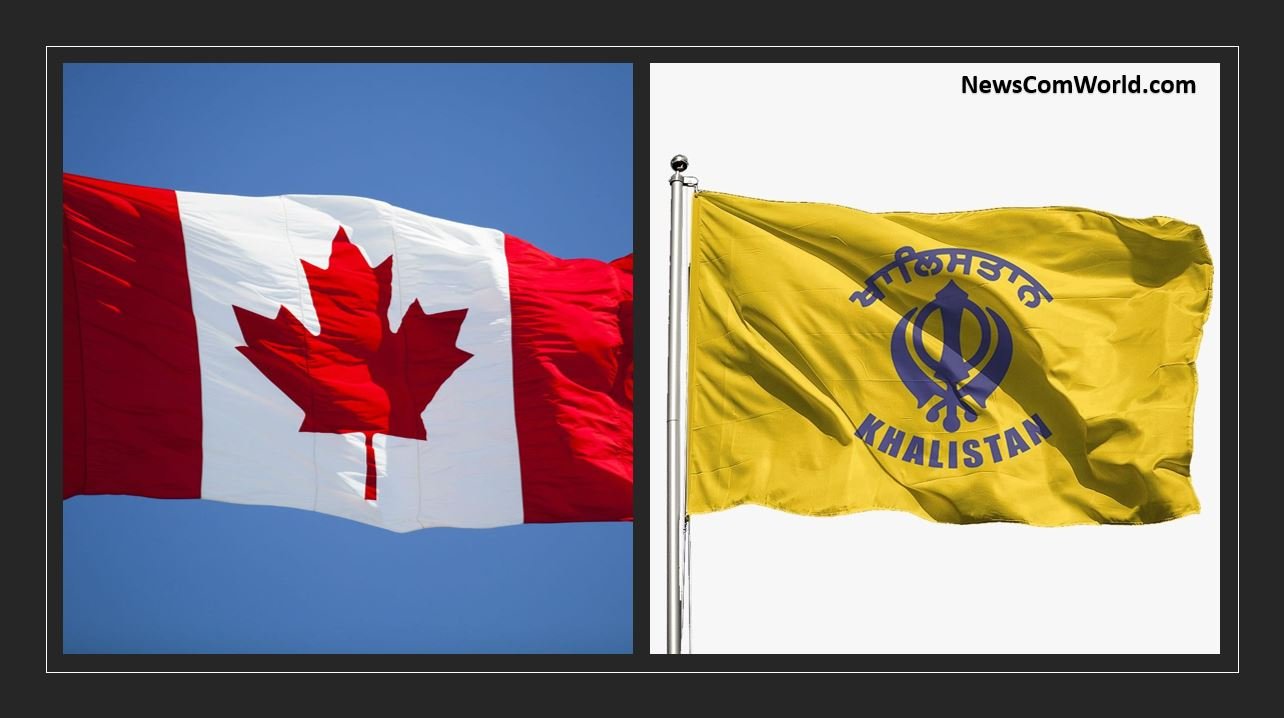 Is the Project Khalistan reignited in Canada? The rise of aggressive Anti Indian movement threatens the peace of Indo Canadians.

Canada’s love for Khalistani terrorism is not a new phenomenon. One of the most dastardly attacks in world history, Kanishka Bombing which killed 307 People was conducted by Canada based Khalistani Terrorists and when the British courts condemned the perpetrators to death, in an attempt not to hurt the sentiments of it’s Khalistani vote bank acquitted two of them and commuted to life sentence, the third.

Terry Milewski The Famous Journalist (retired) of CBC Canada, just released his New Book BLOOD FOR BLOOD 50 Years of the Khalistan project. This comes days before the anniversary of the Air India Bombing 1984 on June 23rd. Terry is known for his in depth investigative report and documentary on the Air India Bombing and how Canadian politicians and intelligence agencies turned a blind eye to the evidence available and let the accused get away scot-free.

Within minutes of posting the news of the Book release on Twitter, abusive Pro-Khalistani Trolls began to attack and heckle at the renowned journalist on line.

A few of his supporters, many of them being Indo Canadians, who congratulated him, were targeted next and this then degenerated into a full fledged abusive Twitter War. (Maj Gaurav Arya of India who congratulated Terry was also abusively trolled).

The Khalistanis who have the support of the Liberal government, because of the support it gets from Jagmeet Singh of NDP have in the recent one year become extremely aggressive and even violent in their interactions with Indo Canadians.

Related Article When Terrorist Are Your Vote bank – Police found kilos of heroin hidden in a children’s indoor playground facility in Ontario, Canada

Indo-Canadians who counter Anti-Indian Government, Anti-Hindu & and Anti-Indo-Canadian tweets, get reported for almost nothing, while troll armies of Khalistanis led by well known Public figures of their community continue on their bullying spree.

In addition to this threats of law suits, violence and defamation are part of their strategy to shut Pro India voices down.

In late February 2021, Indo Canadians who are largely non political Citizens. (Almost all are successful professionals, Home owners and well settled individuals with young families & dreams) organized an Indo Canadian Car Rally in Brampton Ontario CA to thank India’s PM Modi for sending almost 500000 Astra Zeneca vaccine shots to Canada. What started of as a happy family day out with kids and family became an ugly Sunday. Car loads of yelling Khalistani supporters over took and blocked the Indo Canadians. In some cases there were physical confrontations.

Dhaliwal was recently acquitted by the Canadian courts & this gave rise to a tirade of mocking and derogatory tweets against the alleged victim.

Canadian Schools are teaching hate to small children against India

The Indian government recently introduced three Bills: The Farmers Produce Trade and Commerce (Promotion and Facilitation) Bill, 2020, The Farmers (Empowerment and Protection) Agreement on Price Assurance and Farm Services Bill, 2020 and The Essential Commodities (Amendment) Bill, 2020, which were passed in the monsoon session of the Parliament. The objective behind introducing these bill was to get rid of the inadequacies in the existing laws and mechanisms dealing with the sale of agricultural produce and ensure that farmers received fair price for their produce.

Justin Trudeau under the pressure from his Khalistani vote bank, criticized India on protests against new Farm Laws in India, the so called protests or rather we should call it the seize where in they beat up the police officers on duty and raised Khalistani flag on Red Fort, that were organized, sponsored and financed by Khalistanis in Canada using illegal drug trafficking incomes from their operations in Canada.

However no one seems to have read the farm laws in reality and are only running their propaganda only against India. Readers should read the below mentioned 2 related articles to understand Farmers Laws in India and not fall in any propaganda against India.

Canada has teachers in schools as well as content creators of all backgrounds, beliefs, affiliations, ideologies, intent and agendas. Pushing biased one sided narratives to school kids against India without sharing a single good thing is the last thing any educator or parent would want their kids exposed to. Based on deep rooted preconceived notions that the Indian State is the oppressor/offender leaves no scope for stimulating enquiry and reflection. Farmers Protest education material post on twitter states “largest protest in history! Enjoy!” clearly displaying the propaganda content of the material.


Another Example of hate being taught in Canada:-

Below is the propaganda that forms the backbone of the farmers protest education to Canadian school kids.

The narrative being run in Canada as witnessed in the past:

2. Example of posts that instill hate, fear and can lead to violence as well:

Above propagandas form the backbone of the farmers protest education to Canadian school kids.

Twitter is where proxy wars are fought and where various groups try to influence and spread their Propaganda.

While the Khalistanis in Canada are known to be linked with Intelligence Agency ISI of Pakistan and have the alleged support of India’s INC Party, their twitter propaganda and Troll armies are run by organized groups.

The leaders of these Troll groups rub shoulders with Canadian politicians and high society. On Twitter they Bully and threaten Pro Indian handles.
They also use ‘War tactics’ Decoys pretending to be pro-Hindu Indian handles follow strong Indo-Canadian handles and then tag them to Extremist Groups to link them and set them up for attack and reporting.

These Decoys usually have less than 10 followers, they are very deceptive. Copy the style and patterns of their targets. They then follow their followers, stalk and target them studiously & report to their Troll Army IT cells.

Here are some examples of decoy handles actually trolling India and Hindus on Twitter:-

Meanwhile Indo Canadians have zero support, groups or protection from any organization.

Most “Nationalist” Indian handles have the attitude of ‘Ignore & block” when it comes to really taking on Trolls. Some lecture anyone seeking help and except for a few die hard Patriots, the percentage of supporters standing with NRIs is usually 5% overall.

If the Indian Government actually has a counter offensive IT cell to watch the Anti India forces on SM No one knows about it.

The danger to Indo Canadians who take on Khalistanis is real and the Break India forces in Canada are real.

Khalistani supporters in Canada have totally Hijacked the Farmer’s Protest in India as their own.

What Needs to be done?

The Indian Government has to take serious cognizance of the Break-India Khalistani factions in Canada.

They must stand with their people of Indian decent who stand up for them, endangering their own lives and family because they have the courage to speak up. “In the 20 years that I’ve been in Canada, I’ve never been so afraid of my safety” said one Indo-Canadian who was part of the rally.

The Sikhs who stand with India face the worst attacks by the Pro-Khalistani groups. They are accused of being fake Sikhs and Traitors. Threatened over the phone and bullied.

The Canadian Police seem indifferent. Some steps are needed to solve the issue. Indo-Canadians should now have their voices and faces in Canadian government the way the Pro Khalistani forces have built their bases over the years.

Should Canada turn a blind eye to Anti-India propaganda and open support to terrorism by Khalistani-Pakistanis in Canada?

What leverage can India use to assert its stand to Canadian Government to reign in Anti-India and terror supporting activities of Canadian Khalistani and Pakistani community?

Shouldn’t Social Media platforms like Twitter be called upon to act against the handles spreading hate against India in the name of free speech?