India Unleashed: Pakistan Degrades To A Nuisance, China Is The New Equal 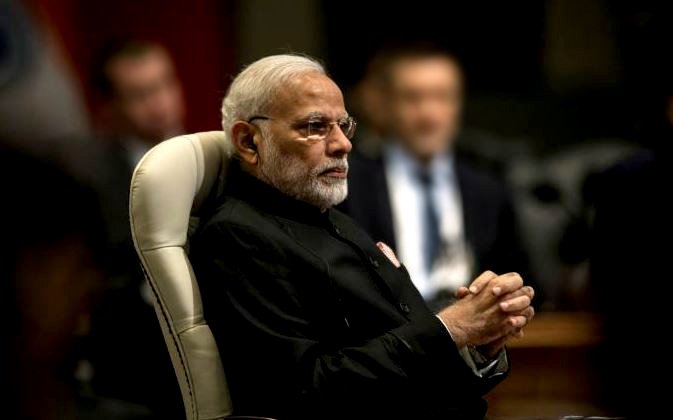 Pakistan degrades to a Nuisance and China is the new Equal in the changed Geo-Political scenario in Asia. Here is an Indian’s take on the current geopolitical situation centered around India. And with Pakistan becoming a non-entity, it’s a matter of time the stakes are to be upped as what we are seeing today – India being hyphenated against China. All the credit goes to the strong Indian Prime Minister Narendra Modi.

Neither am I a fan of realpolitik nor am a keen follower of day-to-day politics. But, the way Indian Prime Minster Narendra Modi is running India is very hard to miss – anyone who crossed his path has become a joke. And he stands tall after demolishing many a person.

But, domestic polity is not what I am interested in. Going by the actions today, it seems clear that Modi has planned for this day. Ignoring the finer details, one would see that a showdown with China is something he has anticipated the day he came to power. When he came to power, India was hyphenated with Pakistan. But today, do anyone use the word Pakistan as an equal to India or at least as a threat to India? Pakistan has become nothing more than a nuisance.

In fact, as early as 2016, Pakistan has decided Modi is a threat to it’s existence by setting up a Senate Committee with the sole aim of tackling Modi. Yes. There were pin pricks like Pulwama but the end result was that no one takes Pakistan seriously anymore. In fact, by allowing the army to act in a way it deems fit, Pakistan has stopped entering the headlines.

The heavy firing across the border and massive casualties to the Pakistani side has become a new normal and there is nothing much Pakistan is in a position to do. In fact, such long a spell of weakness which Pakistan showed against India made every disruptive force inside Pakistan more emboldened to an extent that even attacks by separatist forces – with the Sindhis becoming the new entrants in the list becoming a new normal.

Pakistan’s economy is devastated, it has no friends left in the world and it’s usefulness to the world has diminished exponentially. As it stands today, except China, there is no friend it can bank on – Indian Government has alienated every friend of it’s, including the likes of Saudi Arabia and UAE to which Pakistani Army offers mercenary services. Mahatir Mohammed tried to take a pro-Pakistani stand, his political career is finished and he stands disgraced.

And with Pakistan becoming a non-entity, it’s a matter of time the stakes are to be upped as what we are seeing today – India being hyphenated against Pakistan. In fact, the first signs of trouble in Pakistan, China tried to test India by encroaching upon near Do-lam, a place not far from the place where China lost against India in 1967 but had to beat a hasty retreat. But, the first blood is drawn. In fact, the game started even before, with Modi’s Diamond Necklace slicing the Chinese String of Pearls from the day he came to power, with the first shots fired at, of all places, Mongolia. There was a government change in Maldives, in Sri Lanka, in Malaysia and elsewhere. India made inroads into South China Sea and one may argue, the situation is Ladakh is not surprising.

But, there is something which will catch the eye of the world besides this – India’s closeness to America and surprisingly closer terms with a Republican President. Yes, it has come at the expense of Russia – deemed as a traditional ally of India but more dependent on China as days passed by. Walking on a tight rope between both the behemoths, Modi seems to have decisively tilted slightly towards America.

Russian arms will continue to be delivered but at the same time, America made massive inroads into Indian market. There are complaints that India brought pricey things from America at costs which can’t be justified when viewed from the angle of Indian defence spending – the question being asked is, we drove a hard bargain but what justifies such costly a purchase? May be, that’s the price India was willing to pay to make it tilt away from Pakistan decisively? Whether the cost is justified or not, it does seem to have changed the power dynamics of the world massively.

There are multiple other theaters to notice. An Indian Minister personally overseeing the evacuation of the stranded in Yemen – something which almost every country in the world – both friend and enemy is something hard to miss. The death of General Qassem Solemani, considered to be an Indian Hawk in Iran may have made India cool it’s heels in that direction. Closer ties with Israel is another major shift in policy.

But, China is not silent. A strong India is not in it’s interests. In a cat and mouse game in the theater, China got Maldives which it lost, it tried to woo Bangladesh but failed, replaced India in Iran at least in the eyes of the media, India ended the political career of the anti-Indian hawk Jeremy Corbyn, India lost to China in Nepal but is slowly gaining the upper hand – whether this is planned or whether this is one country chasing the other, only time will tell us.

Unfortunately for China, the Wuhan Lab Virus came at a completely wrong time. As of now, there is no proof that this is a sabotage but most probably, this can be a case of a goof up in a lab which they tried to cover up. Wuhan Lab Virus became more a bigger devil than anyone would have thought and has devastated vast swathes of the world killing both people and industry. America started to complain vocally against China but literally no action was taken. An angry world questioned WHO over why it ignored Taiwan’s warnings over the same but again, no action was taken. China hardened it’s grip over Hong Kong but no action is taken even there.

But the demon it tried to hide was big enough to gobble up China and it’s ruling dispensation. The loss of life and jobs is not a small affair and with the global market under meltdown, there is not much anyone would have done. Global orders to China started drying up and no province was ready to share it’s jobs with Hubei, the centre of the virus outbreak.

In an attempt to divert the attention, China made the biggest mistake after Xi Jinping came to power – a swipe against India powerful enough to rally the whole country behind itself. It was a grand plan – with more than twenty thousand soldiers unleashed against Ladakh. Chinese plan was simple – prevent India from attacking Ngari and establish a link with Pakistan thereby isolating North Ladakh and gobbling it up at it’s own pace. In fact, the logical end for Chinese attacks against Ladakh would be to establish a Ngari-Leh-Kargil-Skardu roadlink, thereby reducing the distance from Lhasa towards Pakistan by almost a thousand kilometres. Shishpar Glacier destroying Karakoram Highway by 2025-2030 also points to the same direction.

But the scale of Indian reaction is something which China didn’t anticipate. There was a slow but steady buildup by India to counter the Chinese build up at all the major locations – Pangong Tso, Galwan Valley and Depsang Plains. Though China is not happy at the border infrastructure buildup by India, it seems not to be the main reason for China to pick on India as Chinese defence modernization is going to go into 2022 and being a despotate, there is no way it will make changes to it’s plans.

In another curious case, China controlled government in Nepal was activated too aggressively. When Indian Defence Minister inaugurated a road near Lipulekh Pass, Nepal started protesting saying it’s Nepali territory. Curiously, Nepal didn’t utter a word in more than a decade when the road was under construction and it actually contravenes the border claims of Nepali Government according to the 1961 Nepal-China Treaty. Unless this is aimed at cutting India access to the strategic Lipulekh Pass which threatens the Minsar bend on G219, there is no reason for Nepal to act thus. With domestic opposition to Nepali Government rising over these selective but untenable claims(Nepal has refused to stand up to China for occupying a few Chinese villages), rising unemployment due to COVID and bad economic situation in India, it needs to be seen what’s in stake for KP Sharma Oli, the Nepali Prime Minister.

India’s hard stance in Ladakh was something China didn’t anticipate, especially the way their ambush was taken down by Indians in a brutal hand to hand fight. Though China refused to share it’s casualties, it is understood China lost more than 100 soldiers in the skirmish against India’s 20. This was the cue for the world to take action against China.

American ships entered South China Sea in an aggressive posture(though they prowled in the area giving protection of Taiwan as a reason), but the perception after India fired the first shots is different. Frequent sanctions against China with countries joining the bandwagon has become a routine – the perception now seems to be this is just an attempt to lock the Chinese assets from being shifted from the coast to the interior against India.

Related Article: US considering Sanctions on China for Beijing’s crackdown on Hong Kong

Though the current flood season has put a spanner in China’s plans(it is possible that China tried to conclude the operations before the start of thawing of summer snow but was bogged down by India), it needs to be seen what’s in store for India and the world after the floods subside – will a bruised China go against India again or will it try to lick it’s wounds and wait for a different day.